US authorities have indicted a Chinese spy for trying to steal trade secrets from several American aviation firms. China has dismissed the allegations, saying US authorities are "making something out of thin air." 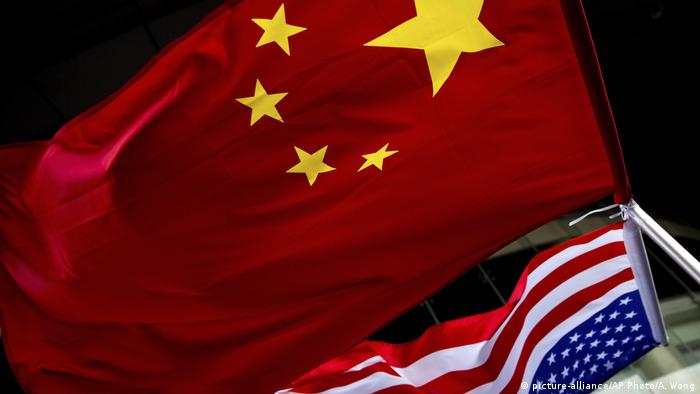 The US Justice Department said on Wednesday it had detained a Chinese spy on charges of state-sponsored economic espionage, after he allegedly attempted to steal trade secrets from several American aviation and aerospace companies.

Yanjun Xu, an intelligence officer for China's Ministry of State Security, is accused of running a five-year operation in which he would woo employees from major US aerospace firms and persuade them to travel to China under the guise that they would give a presentation at a university.

Court papers documented how Xu and other intelligence operatives would then plan to illicitly obtain "highly sensitive information" from their expert guests.

Beijing dismissed the claims on Thursday, saying American authorities were "making something out of thin air."

"We hope the US side can deal with this in accordance with law," Chinese Foreign Ministry spokesman Lu Kang said during a regular press briefing.

In one instance, Xu recruited an employee at GE Aviation, who sent him a presentation containing the company's proprietary information. Xu then continued to follow up by asking the employee for more specific technical information and even proposed setting up a meeting in Europe.

GE Aviation is a Cincinnati-based division of US industrial conglomerate General Electric, which regularly works under Defense Department contracts.

The company said it had been cooperating with the FBI for several months on the matter. "The impact to GE Aviation is minimal thanks to early detection, our advanced digital systems and internal processes, and our partnership with the FBI," GE Aviation spokesman Perry Bradley said.

According to court documents, Xu is also suspected of targeting an unnamed company described as "one of the world's largest aerospace firms, and a leading manufacturer of commercial jetliners and defense, space and security systems," as well as a third company referred to as a leader in unmanned aerial vehicle technology.

Read more: Why technology is a double-edged sword for US-China ties

Xu was detained in Belgium in April on a US arrest warrant. Following several failed appeals, he was handed over to American authorities on Tuesday in what was an unprecedented extradition of a Chinese intelligence official to the US from another country.

The announcement will almost certainly heighten tensions between Washington and Beijing over trade, hacking and corporate espionage.

John Demers, the assistant US attorney general for national security, warned that the case was not an isolated incident. "It is part of an overall economic policy of developing China at American expense," he said. "We cannot tolerate a nation stealing our firepower and the fruits of our brainpower."

Xu is the second Chinese national in two weeks to be charged by the US Justice Department with trying to steal aviation industry secrets. Ji Chaoqun was charged by American authorities of helping identify potential recruitment targets for China's Ministry of State Security.

The announcement will almost certainly heighten tensions between Washington and Beijing over trade tensions, hacking and corporate espionage.

Despite their repeated attempts, US retailers have so far been unable to veer President Trump away from imposing tariffs on imports from China. His latest tariffs, however, have the potential to hit American consumers. (05.10.2018)

Beijing has decried accusations made by US Vice President Mike Pence, who claimed China is working to undermine President Donald Trump. Pence spoke of an "unprecedented effort" to influence American voters. (05.10.2018)