The central bank has announced a 0.5% interest rate hike — its highest increase in more than 20 years. The US move comes as a number of other countries cut lending rates to deal with rising prices. 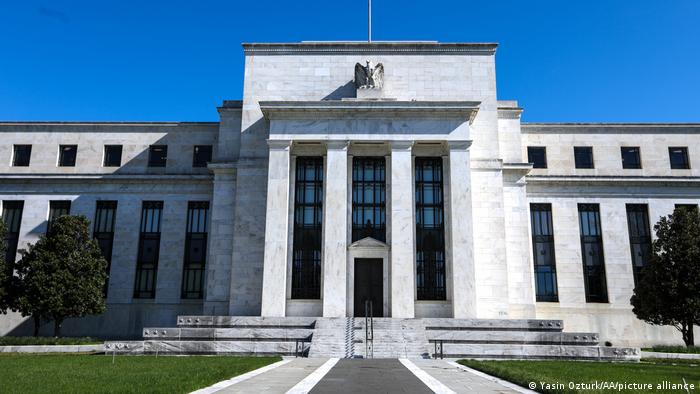 The US Federal Reserve has raised interest rates by half a percentage point for the first time since 2000 in a bid to combat soaring inflation.

The highly anticipated announcement Wednesday came at the end of a two-day central bank meeting.

Inflation in the US is shooting up at a pace not seen for 40 years, and more rate hikes are expected in the coming months.

"It is essential that we bring inflation down," Fed chair Jerome Powell told a press conference. He said more half-point interest rate hikes would be "on the table at the next couple of meetings," but that a three-quarter point rise is not under consideration.

US stocks rose sharply following Powell's comments, with the S&P 500 jumping up 1.7% 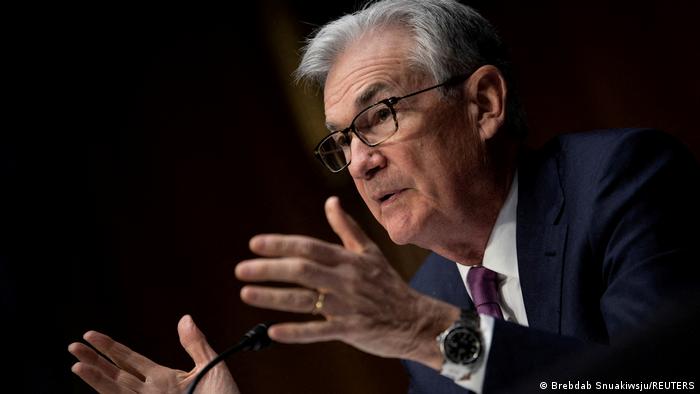 The increase in the Fed's key rate brought it up to a range of 0.75% to 1%, the highest point since the start of the pandemic two years ago.

The bank also announced plans to reduce its $9 trillion (€8.5 trillion) balance sheet to deal with rapidly rising prices — in other words it intends to start selling off government bonds and other assets it previously purchased in a bid to spur inflation and growth, and drive up returns on these investments.

A statement from the bank's policy-setting Federal Open Market Committee (FOMC) noted the "highly uncertain" impact of external factors such as Russia's invasion of Ukraine, which are "creating additional upward pressure on inflation and are likely to weigh on economic activity."

"COVID-related lockdowns in China are likely to exacerbate supply chain disruptions," which could increase inflation, the FOMC said.

Central banks in several countries are tightening borrowing costs in an effort to cushion businesses and consumers from inflation. But there are also concerns such moves could hamper economic growth and even push major economies into recession.

Prices are soaring at a time when many countries, still reeling from the pandemic, are facing added pressures from supply chain disruptions caused by the war in Ukraine.

How are other countries responding to inflation?

Most western economies have held their interest rates at or near zero, a previously unprecedented low, more or less constantly since the 2008 financial crash. However, the COVID pandemic and the expensive coping mechanisms adopted in much of the world were already driving inflation higher and prompting discussions of a change of course, even before the conflict in Ukraine put additional pressures on food and fuel prices, in particular.

India's Reserve Bank increased interest rates on Wednesday,  just hours ahead of the Fed's announcement. In its first rate hike since August 2018, the central bank of Asia's third-largest economy increased borrowing costs by 40 basis points to 4.40% with immediate effect.

"As several storms hit together, our actions today are important steps to steady the ship," RBI governor Shaktikanta Das said.

"Most alarmingly, persistent and spreading inflationary pressures are becoming more acute with every passing day."

Das noted that shortages of edible oils due to the Ukraine conflict were causing food prices in India to climb rapidly. India is the world's largest importer of edible oils, including palm and soya oil.

On Tuesday, Australia's Reserve Bank announced a bigger-than-expected hike of 25 basis points, bringing the cash rate to 0.35%. That was its first increase in more than a decade.

The Bank of England is also expected to raise interest rates for the fourth time in a row, from 0.75% to 1%, on Thursday.

The European Central Bank, meanwhile, has so far resisted such a move. ECB Vice President Luis de Guindos said in an interview published over the weekend that the bank's Governing Council had not discussed "any predetermined path for rate rises."