US executes man despite disability claim

A man has been executed in the US after a final appeal by his lawyers who said he was intellectually disabled was turned down. Warren Hill was killed by lethal injection in the southeastern state of Georgia. 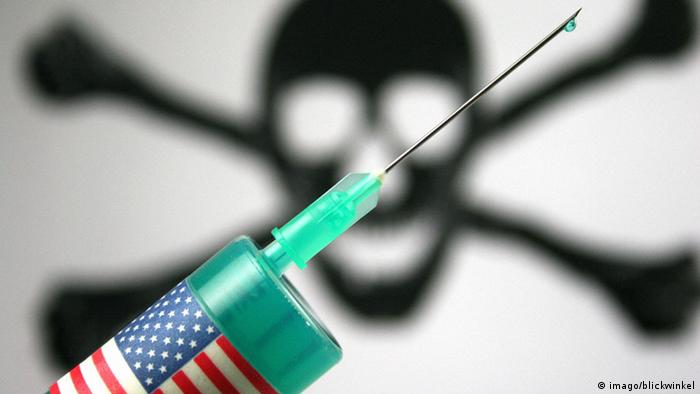 The 54-year-old murderer was initially sentenced to life imprisonment for killing his 18-year-old girlfriend in 1986, whom he shot 11 times. While serving that sentence, however, Hill beat fellow inmate Joseph Handspike to death using a nail-studded board.

In 1991, Hill was convicted of Handspike's murder and sentenced to death. His execution was delayed three times between July 2012 and July 2013 following various challenges.

In their final appeal, Hill's lawyers argued that his execution was prohibited by the Constitution because he was intellectually disabled. According to Hill's representatives, he had an IQ of 70 and the mental capacity of an 11-year-old. A number of experts and state doctors had also testified to Hill's mental disability.

The Supreme Court turned down the appeal, however, after the court voted 7-2 to not take up the petition.

Despite being the first US state to ban the execution of mentally disabled inmates, critics say Georgia has the toughest standard for proving intellectual disability in the US.

The European Union (EU), lawyers and doctors, as well as public figures including former US president Jimmy Carter, had also called for mercy for Hill.

"This execution is an abomination," said Hill's attorney Brian Kammer, following the Supreme Court's decision not to take up Hill's petition.

"Today, the court has unconscionably allowed a grotesque miscarriage of justice to occur in Georgia.

"The memory of Mr. Hill's illegal execution will live on as a moral stain on the people of this state and on the courts that allowed this to happen."

According to the Death Penalty Information Center, Hill was the fifth US inmate executed this year and the second in Georgia.

A court has halted the execution of a Texas prisoner who defense attorneys argue is too delusional to be killed. Scott Panetti was sentenced to death for fatally shooting his estranged wife's parents 22 years ago. (03.12.2014)

A US judge has exonerated two mentally impaired brothers who were wrongfully convicted of rape and murder. One of the men had languished on death row for three decades. (03.09.2014)

US states are struggling to find a working cocktail for lethal injections, as shown by the latest botched execution. Joseph Wood took almost two hours to die. Opponents of the penalty say the search should simply stop. (24.07.2014)

A federal judge has ruled that California's death penalty is unconstitutional. Executions have been on hold in California since 2006 due to concerns that inmates suffer extreme pain from lethal injection. (17.07.2014)

Two men were executed over drug trafficking charges as pressure from human rights activists around the world mounts on Singapore to ditch the death penalty.

The Supreme Court rejected claims that the man's intellectual disability misled him to accept death by means of lethal injection rather than an alternative method. He was convicted of murdering a cab driver in 1996.