US states are struggling to find a working cocktail for lethal injections, as shown by the latest botched execution. Joseph Wood took almost two hours to die. Opponents of the penalty say the search should simply stop. 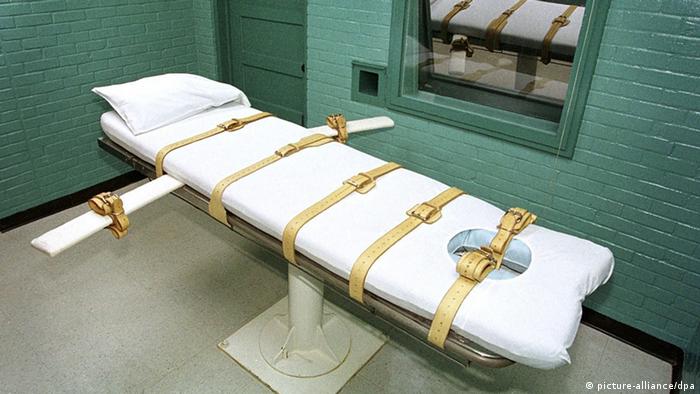 US citizens in all 50 states, not just the 32 that practice the death penalty, awoke Thursday to a renewed debate on capital punishment. In Phoenix, Arizona, the convicted double murderer Joseph Wood was pronounced dead 117 minutes after receiving his supposedly fatal dose. His lawyers had ample time to file emergency court petitions demanding that the process stop, but Supreme Court Justice Anthony Kennedy denied the request.

The American Civil Liberties Union, prominent critics of the death penalty, responded with a call for a moratorium on all executions in the US.

The ACLU's human rights program director, Jamil Dakwar, said Wood's execution was a "very sad reminder that the US death penalty experiment has failed and must stop." He did not choose the word "experiment" by coincidence.

Most US states favor lethal injection to the electric chair or gas chamber, the other theoretically available options. Up until 2011, they typically used a mixture of three medications - the first was an anesthetic, sodium thiopental. This was the drug the US deemed a suitable sedative, ensuring a painless and unconscious death. But some disputed these claims, and, in 2011, the US manufacturer Hospina halted production - partly to avoid association with executions. The EU, where capital punishment is banned, also stopped sodium thiopental exports to the US for the purpose of lethal injection. 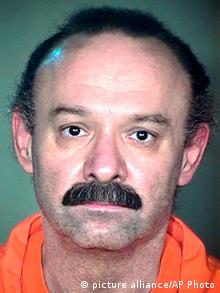 For as long as possible, authorities made do with their reserves of the anesthetic - but now the supplies are all but dry, so states have begun trying alternatives.

Joseph Wood was put to death using a mix of two drugs, midazolam and hydromorphone. The same cocktail was employed in January in Ohio: Dennis McGuire took roughly 25 minutes to die. As was the case with Wood, McGuire reported convulsed and gasped for breath during that time. Ahead of the execution, Arizona had announced that it planned to use a higher dose of the same mixture.

Amnesty International Germany's expert for the Americas, Maja Liebing, described these attempts to find the right lethal injection "cynical experiments" on people. "The death penalty is not and was never humane. This is also evident in the increasingly common problems recently with executions by lethal injection."

Like other death row inmates, Wood had filed several appeals asking for more information about both the drugs that would be used to execute him and the medical qualifications of his executioners. The question about the medical staff pertained to an execution in Oklahoma in April, when one of the needles became dislodged during Clayton Lockett's lethal injection: He died of a heart attack shortly after the attempted execution was aborted.

Arizona Department of Corrections Director Charles Ryan disputed reports of Wood's suffering or "gasping" for breath after the injection. He described the breathing as "sonorous respiration, or snoring," saying that medical staff had constantly assured him "unequivocally that the inmate was comatose and never in pain or distress." 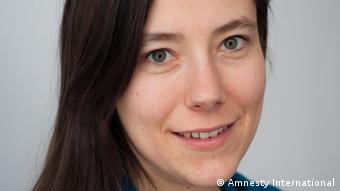 Governor Jan Brewer, a Republican, concurred that "eyewitness and medical accounts" suggested Wood did not suffer. But she expressed concern over the procedure's length and ordered a review from prison officials.

On Thursday, Wood's lawyers countered that only an independent probe would suffice, with David Baich saying his client's earlier failed appeals showed the government was unwilling to analyze its changing lethal injection standards. The state, Baich said, "fought tooth and nail to protect the extreme secrecy surrounding its lethal injection drugs and execution personnel."

For critics of capital punishment such as the ACLU, the European Union or Amnesty International, finding an effective combination of drugs isn't the answer.

"Whether the completion of the death penalty goes according to plan or not in no way changes the fact that the death penalty cannot be reconciled with fundamental principles of human rights," Amnesty's Liebing said. "Changing the means of execution is therefore not a solution, instead the death penalty must be abolished completely."

According to Amnesty's 2013 report on capital punishment worldwide, the US was one of either 22 or 24 countries - no confirmed cases were recorded in prime candidates Syria and Egypt - to conduct an execution. For now at least, more than three-fifths of US states reserve the right to do so.