US Embassy in Moscow cuts staff and visa services

The move comes after President Vladimir Putin signed a decree to limit the number of Russians employed at embassies of countries deemed to be "unfriendly." 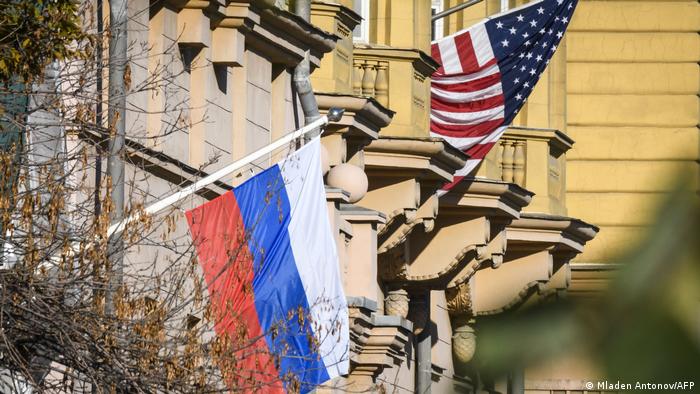 The US Embassy says it will significantly reduce its staff

The US Embassy in Moscow announced Friday that it would cut consular services and staff in line with new restrictions imposed by Russia.

"We regret that the actions of the Russian government have forced us to reduce our consular work force by 75% and will endeavor to offer to US citizens as many services as possible," a statement published on the Embassy's website said.

A law signed by Russian President Vladimir Putin last week allows the country to cap the number of local staff working at foreign diplomatic missions, or ban them entirely. The law also requires the government to draw up a list of "unfriendly" states that would be subject to the changes.

What else did the US Embassy say?

The Embassy's statement said it would limit consular services to cover only emergency cases from May 12 due to the government's "intention to prohibit US Mission Russia from employing foreign nationals in any capacity."

It also said nondiplomatic visas will only be processed in cases of emergency.

The Embassy "strongly" urged US citizens in Russia with an expired visa to leave the country before the June 15 deadline set by the Russian government.

The state of US-Russia relations

The changes at the US Embassy come amid a wave of expulsions of Russian diplomats from the US and several European countries. Moscow has responded with expulsions of its own.

Earlier this month, Washington kicked out 10 Russian diplomats in connection with cyberattacks against government agencies and meddling in the 2020 US presidential elections. The US has also imposed numerous sanctions on Russian entities.

Tensions between Russia and the West have also been increasing over a recent military buildup on the border to eastern Ukraine, and the jailing of opposition activist Alexei Navalny.

What does Russia want from Ukraine?

The US ambassador in Moscow says he is returning to Washington for consultations amid rising tensions. Moscow had suggested the envoy leave temporarily.

Russia orders soldiers back from Ukraine border after weeks of tension

The move could end weeks of geopolitical tension caused by a massive buildup of troops and weaponry at the Ukraine border. NATO and Kyiv have welcomed the pullback.