Democrats are expected to maintain control of the House of Representatives, but only by a razor-thin margin according to projections by the Associated Press. 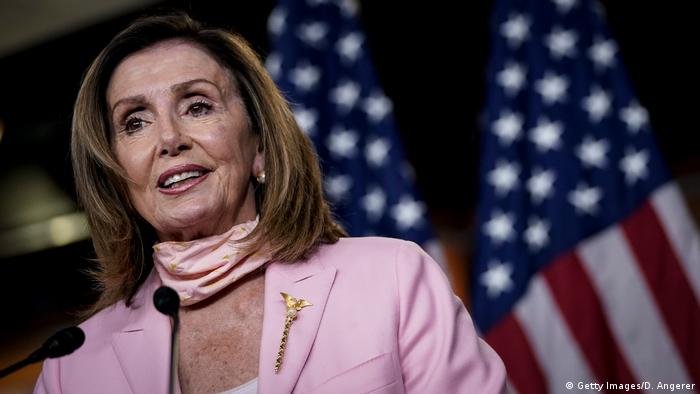 Democrats secured two more years of controlling the US House of Representatives in what is shaping up to be a slimmer majority in the lower house of Congress, according to Associated Press (AP) projections.

Those wins gave the Democrats at least 218 seats in the 435-member chamber.

Their previous 232-seat majority was chipped away by a surge of Republican voters that that tipped the scales against the Democrats in races for over a dozen seats.

With lost seats in the House of Representatives, and the US senate race undecided, US President-elect Joe Biden will likely face major roadblocks by Republican lawmakers in Congress.

Despite the thin margins, Democrats celebrated the win.

"We have the gavel, we have the gavel," said House Speaker Nancy Pelosi (pictured above), who appeared on track to keep her post as the highest-ranking member of the chamber.

"We've lost some battles, but we've won the war," she said.

Read more: US President-elect Joe Biden: Nothing will stop the succession

It was the second time since 1995 that the Democrats managed to secure control of the House of Representatives for four consecutive years.

The Republicans celebrated the House results, predicting a good chance for them to win a majority in the 2022 elections.

The party also increased their number of women representatives from 13 to 26 in a record for Republicans.

All eye have now turned to the southern US state of Georgia where two runoff races will decide which party controls the Senate.

A runoff vote for the Senate seats in Georgia is slated to take place on January 5.

With Donald Trump out, EU nationalists are down a US ally

The nationalist governments of Hungary, Poland and other EU members have lost a kindred spirit with Donald Trump's defeat. Will they have to rethink their strategy? Will that make politics easier for the rest of the EU?