US Delays Planned Withdrawal of Troops from Germany | Germany| News and in-depth reporting from Berlin and beyond | DW | 20.12.2007

US Delays Planned Withdrawal of Troops from Germany

The United States has announced plans to put off the withdrawal of troops stationed in Europe by keeping two brigades in Germany for an additional two years for military and financial reasons. 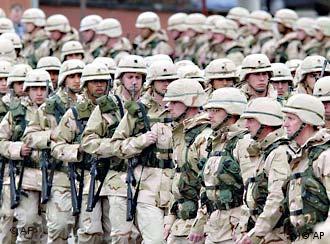 Troops' marching orders to leave Germany have been temporarily postponed

The Pentagon's decision to slow down its troop withdrawal came in response to requests from top commanders to maintain US military personnel in Europe around the 40,000 mark. 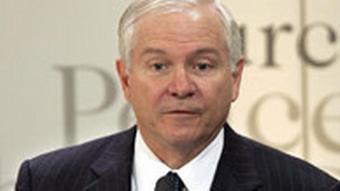 US Secretary of Defense Robert Gates

Head of US European Command, Gen. Bantz Craddock had appealed to US Secretary of Defense Robert Gates to keep two brigades on in Germany in order to support operations including NATO's mission in Afghanistan.

Vice chief of staff for the army, Richard Cody, confirmed that Washington would be retaining "two heavy brigade combat teams" in Germany "to meet the near-term theater security requirements."

Speaking at a press conference, spokesman for the Pentagon, Geoff Morrell stressed that the decision was only temporary.

Morrell recently said that in maintaining a military presence in Europe, the US would be signaling to the rest of the world that it was globally engaged with its allies, despite ongoing military campaigns in Iraq and Afghanistan. 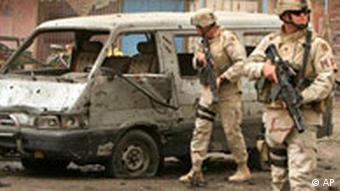 US soldiers patrol the streets of Baghdad, Iraq

But financial considerations also contributed to the decision. With insufficient military accommodation available for the thousands of returning troops, it would cost the army millions to set them up in temporary housing.

The drawdown of US troops began two years ago in keeping with a plan drawn up by Gates' predecessor, Donald Rumsfeld. The idea was to reduce the 62,000 US soldiers then stationed in Europe to just 24,000 by the end of 2008.

US Considering Rethink of Troop Withdrawals in Europe

When former US Secretary of Defense Rumsfeld issued a plan to reduce troops in Europe, the US was fighting one war. Five years later, it is globally stretched by two. Military experts are now rethinking the strategy. (25.07.2007)

US Defense Secretary Winds Up Missile Shield Push in Germany

The United States will continue to consult with its allies and Russia on Washington's plans to install a missile shield in Europe, US Defense Secretary Robert Gates said in Berlin. (25.04.2007)