US could potential deploy missiles in Europe to deter Russia

The US is considering deploying missiles in Europe in response to an alleged nuclear treaty violation by Russia. Defense Secretary Ashton Carter will meet security officials in Stuttgart Friday ahead of a G7 summit. 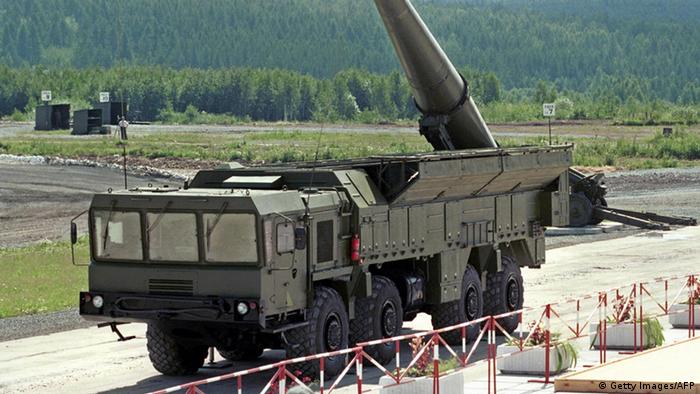 The United States is mulling an array of potential responses to Russia's suspected violation of a Cold War-era nuclear treaty, including deploying missile systems in Europe capable of pre-emptively destroying Russian weapons.

The potential missile deployment, or "counterforce" is one of the options under consideration by the Obama administration as it crafts a response to Russia's intervention in Ukraine, its annexation of Crimea and other actions deemed provocative.

US Defense Secretary Ash Carter raised his concern in February about Russia's alleged violation of the 1987 Intermediate-range Nuclear Forces, or INF, treaty. Russia has allegedly been testing ground-launched cruise missiles with a range prohibited by the treaty.

Carter warned that disregarding the treaty limitations was a "two way street," raising the possibility that the US could respond in kind. Russia has denied violating the treaty and accused Washington of its own treaty violations by erecting missile shields. 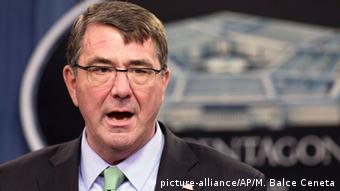 "All the options under consideration are designed to ensure that Russia gains no significant military advantage from their violation," Pentagon spokesman Lt. Col. Joe Sowers said.

Robert Scher, an aide to Carter, testified in April that a "counterforce" policy meant the United States "could go about and actually attack that missile where it is in Russia."

Another defense official, Brian McKeon, said that such a policy would involve deploying ground-launched cruise missiles in Europe.

Thus far, the West has relied primarily on sanctions as a way to pressure Moscow to cease its alleged military activity.

Carter "believes very strongly that the economic sanctions are the most important part of putting leverage on Russia right now," a senior defense official told reporters en route to Stuttgart on Thursday.

Carter is set to meet in Stuttgart Friday with American defense and diplomatic officials to plan a strategy to address Russian aggression. A G7 summit of Western leaders - from which Russian President Vladimir Putin has been excluded - is set to begin Sunday.

In Berlin, gearing up for a possibly stormy summit

This weekend, G7 leaders will gather in a luxury resort in Bavaria to debate topics ranging from climate change to foreign policy and women’s rights. Is it really a waste of money, as its critics claim? (04.06.2015)

Russia denies moving towards war with Ukraine 7h ago