US charges NYPD officer with spying for China

The officer allegedly looked for sources within the Tibetan community while working for the Chinese Consulate. He also asked a Chinese official to attend an NYPD event to raise China's "soft power," prosecutors said. 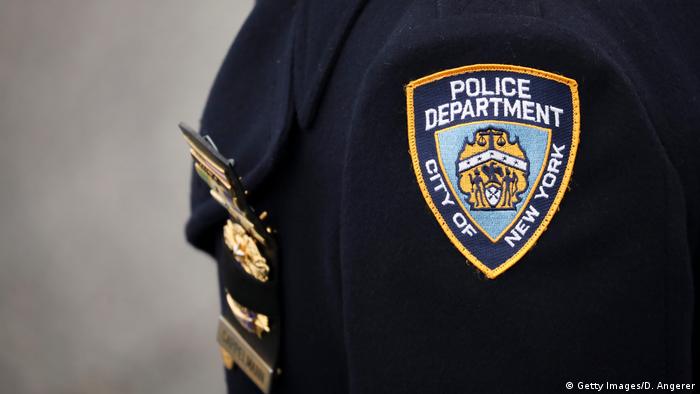 US federal prosecutors on Monday  charged a New York City police officer with spying on members of the Tibetan community for the Chinese government.

Baimadajie A., 33, who is also a Staff Sergeant in the US Army Reserve, was arrested at his Long Island home for acting as an illegal agent of China. He was also charged with wire fraud and making false statements.

"This is the definition of an insider threat," said FBI Assistant Director-in-Charge of the New York Field Office William F. Sweeney, in a statement. "The FBI is committed to stopping hostile foreign governments from infiltrating our institutions, and we will we not tolerate the behavior of those who willingly violate their oath to the United States, and covertly work against their fellow citizens."

Prosecutors said the accused, a naturalized US citizen who was born in Tibet, had acted as an agent for Beijing since at least 2014.

"As alleged, A. operated on behalf of a foreign government; lied to gain his clearance, and used his position as an NYPD police officer to aid the Chinese government's subversive and illegal attempts to recruit intelligence sources," said Sweeney.

The criminal complaint also says he secretly worked for unnamed handlers from the Chinese consulate in New York. He allegedly told his handler that he wanted to get promoted in the NYPD in order to help bring "glory to China."

In a statement on Tuesday, the Chinese Consulate General in New York said its staff had been "fullfilling duties in accordance with international law and the law of the United States," calling their work "above board and beyond reproach."

'The warmth of the motherland'

The accused allegedly looked for potential intelligence sources within the Tibetan community between 2018 and 2020,  and provided Chinese officials with access to senior NYPD officers through invitations to events.

"When the Consulate extends a helping hand to them [Tibetans], they will feel the warmth of the motherland. How wonderful would that be?" he allegedly told his handler, in a recorded phone call.

According to the court documents, he also asked whether a Chinese official wanted to attend NYPD events to raise China's "soft power."

He is also "believed to have been assigned to the ‘China Association for Preservation and Development of Tibetan Culture,' a division of the PRC's United Front Work Department."

Chinese Communists invaded the small, mainly-Buddhist country of Tibet in 1950, claiming sovereignty over the Himalayan region. Most Tibetans maintain that their allegiance lies with the self-exiled spiritual leader, the Dalai Lama.