US carries out airstrikes in Iraq, Syria targeting Iran-backed militias

Iran-backed militias have been using facilities targeted by the airstrikes to launch drone attacks against US interests in Iraq, the Pentagon says. 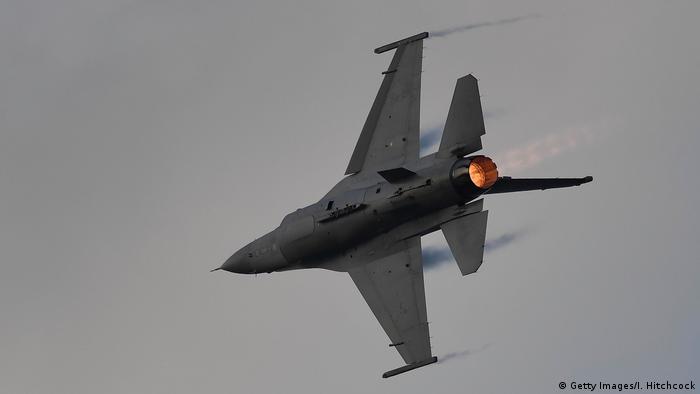 The US military carried out airstrikes on "facilities used by Iran-backed militia groups" near the border between Iraq and Syria, the Pentagon announced on Sunday.

The militias were using the facilities to carry out attacks by "unmanned aerial vehicles" — otherwise known as drones — against US interests in Iraq, Pentagon Press Secretary John Kirby said in a statement.

Two facilities were based in Syria and one was based in Iraq, "both of which lie close to the border between those countries," Kirby added.

The facilities targeted were used by Iran-backed militia including Kataib Hezbollah and Kataib Sayyid al-Shuhada.

Were there any casualties?

The Britain-based Syrian Observatory for Human Rights said that "at least five Iran-backed Iraqi militia fighters were killed and several others were wounded in an attack by US warplanes" on the Syrian side of the frontier.

The war monitor, which uses a network of sources inside Syria to collect information, said that military positions were among the targets hit.

Syria's state-run SANA news agency said one child had been killed and that at least three other people were wounded.

The US did not disclose if anyone was killed or injured, but officials said assessments were ongoing.

How did Iraq respond to the air strikes?

Iraqi Prime Minister Mustafa al-Kadhemi slammed the US raids as "flagrant violation" of his country's sovereignty.

"We condemn the US air attack that targeted a site last night on the Iraqi-Syrian border, which represents a blatant and unacceptable violation of Iraqi sovereignty and Iraqi national security," said a statement from his office.

It marks a rare criticism of US military action in the conflict-stricken Middle Eastern nation.

US strikes to 'deter' attacks on US interests

Since the start of the year, there have been more than 40 attacks against US interests in Iraq, where 2,500 American troops are deployed as part of an international coalition to fight the so-called Islamic State extremist group.

The vast majority have been bombs against logistics convoys as well as 14 rocket attacks.

Two US officials, speaking to Reuters news agency on condition of anonymity, said Iran-backed militias carried out at least five drone attacks against facilities used by US and coalition personnel in Iraq since April.

Pro-Iran factions unhappy about Washington's presence in the country have claimed responsibility for some of them.

"Given the ongoing series of attacks by Iran-backed groups targeting US interests in Iraq, the president [Joe Biden] directed further military action to disrupt and deter such attacks," Kirby said.

Biden last ordered limited strikes in Syria in February in response to rocket attacks in Iraq.