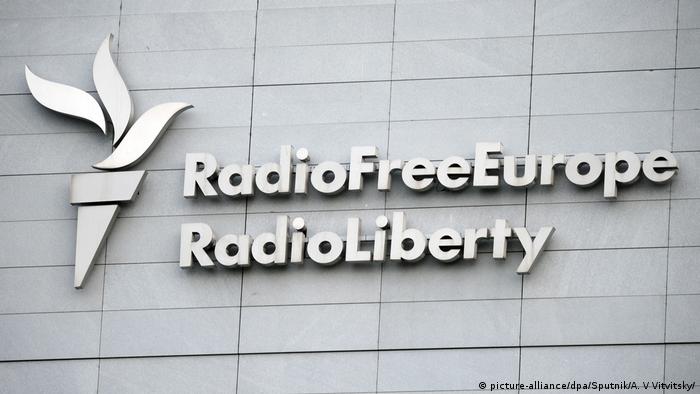 Russia's media watchdog Roskomnadzor has filed at least 390 violation cases against RFE/RL since October and is expected to announce more on Friday.

The broadcaster is asking the ECHR to order Russia to refrain from enforcing the fines until the court can make a full ruling on Roskomnadzor's moves.

"We are hopeful that the European Court of Human Rights will view these actions by the government of Russia for what they are: an attempt to suppress free speech and the human rights of the Russian people," RFE/RL president Jamie Fly said in a statement.

RFE/RL said the fines could reach millions of dollars.

Why is Russia imposing fines on media outlets?

Last year, Roskomnadzor ordered broadcasters and non-governmental organizations that receive foreign funding to add a lengthy disclaimer to their content specifying that it was created by an outlet "performing the functions of a foreign agent."

The decision has been widely criticized as a tool to discredit critical reporting, with the term "foreign agent" carrying Soviet-era connotations in Russia.

The standoff comes as Washington's ties with Moscow are strained by several issues. On Thursday, the US expelled Russian officials and sanctioned Russian individuals and entities for election interference.

The US and the European Union have also slammed the Kremlin over the conflict in eastern Ukraine and for jailing Russian opposition figure Alexei Navalny.