The Trump administration blacklisted the Chinese firm over security concerns last year. The US government has now announced further crackdowns, this time restricting the type of hardware that the tech giant can access. 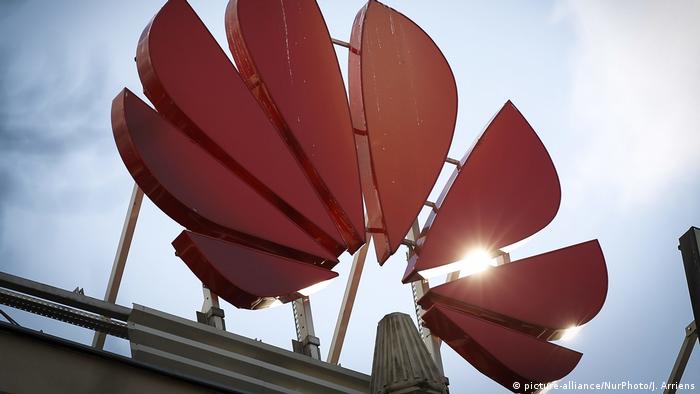 The US government is expanding restrictions on Chinese technology company Huawei, the Trump administration announced on Monday, in a move aimed at cracking down on its access to commercial computer chips.

The administration added 38 companies to the "entity list" of firms considered to pose a risk to either US national security or foreign policy interests. It takes the total number of Huawei affiliates on the list up to 152. Huawei itself was added in May 2019.

The new rule "makes it clear that any use of American software or American fabrication equipment is banned and requires a license," said Commerce Secretary Wilbur Ross.

The tightened restrictions come amid increasing political and economic tensions between the US and China.

The Trump administration claims Huawei is a back door for Chinese intelligence services to conduct espionage operations via critical infrastructure, which Huawei denies.

"We don't want their [Huawei's] equipment in the United States because they spy on us,'' US President Donald Trump told American broadcaster Fox News. "And any country that uses it, we're not going to do anything in terms of sharing intelligence."

The US will continue to "restrict most US exports to Huawei and its affiliates … We urge our allies and partners to join us," said US Secretary of State Mike Pompeo.

The Chinese tech giant "has continuously tried to evade" the US restrictions announced in May on computer chips," added Pompeo.

Huawei did not immediately comment on the new restrictions.

How will the new restrictions work?

The new actions should prevent Huawei from using affiliates to circumvent the sanctions which prevent export of US-based technology, claimed the department.

A new separate rule requires companies on the economic blacklist to obtain a license when a company on the list, like Huawei, acts "as a purchaser, intermediate consignee, ultimate consignee, or end user," reported Reuters.

The department also confirmed it will not extend a temporary general license that expired Friday for users of Huawei devices and telecommunication providers.