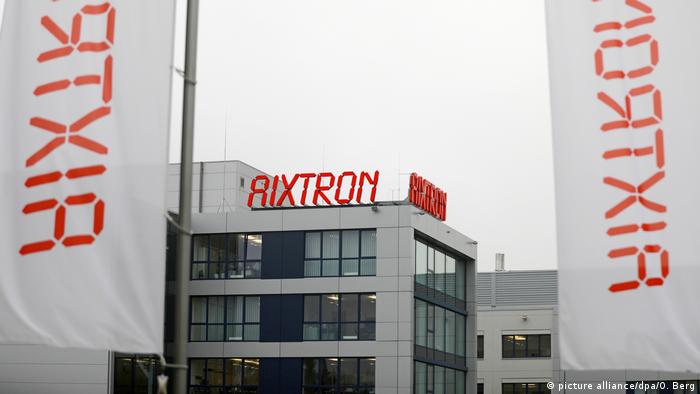 US President Barack Obama blocked Chinese investment fund Fujian Grand Chip (FGC) from buying the German technology company Aixtron on Friday. In a statement, the Treasury Department cited national security as the reason for the move.

The White House was able to nullify the part of the sale including Aixtron Inc., a California-based subsidiary of the semiconductor equipment manufacturer.

According to the Treasury, there is "credible evidence that the foreign interest exercising control might take action that threatens to impair national security," through the sale, as military technology is involved.

This is only the third time the US has blocked a Chinese corporate takeover by invoking safety concerns. The statement added that Obama was acting on an assessment carried out by the Committee on Foreign Investment in the United States.

The decision now casts doubt on whether the larger $740 million (694 million euros) deal will be able to move forward. The German government had already announced on Monday that it was reviewing the deal, based on similar "security-related questions."

This is despite the fact that Aixtron has vowed to keep its headquarters, existing technology, and research and development operations within Germany.

Earlier on Friday, a spokesman from the foreign ministry in Beijing had called on Berlin and Washington to keep politics away from business.

"Since it's a normal commercial activity, it will be carried out following the rule of markets and business. We hope the external parties will not over-interpret that or make any political intervention," said Geng Shuang.

Chinese firms have made a string of major acquisitions in Europe in recent years, including Volvo cars, Pirelli Tires, and resort chain Club Med. While many have welcomed the flow of cash into flagging industry, many European business leaders have cried foul over Beijing stopping them from attempting similar purchases in China.

The German government has withdrawn its approval for a Chinese takeover of chip equipment maker Aixtron, as concerns rise in Berlin about the sale of key industries to foreign investors, notably from China. (24.10.2016)

The German economics minister's attempts to ensure equal conditions of competition between China and Germany are right but will not succeed, says DW's Frank Sieren. (04.11.2016)

The state-owned Chinese chemicals group has received a green light from the European Commission to take over Italian tire maker Pirelli. The acquisition could help the iconic tire brand gain more traction in Asia. (02.07.2015)