US begins joint exercises with NATO allies in Ukraine

Russia has criticized current military exercises in Western Ukraine as a provocation. Ukrainian Commander Alexander Spiwak however has said his military is facing, "one of the world's "most powerful armies." 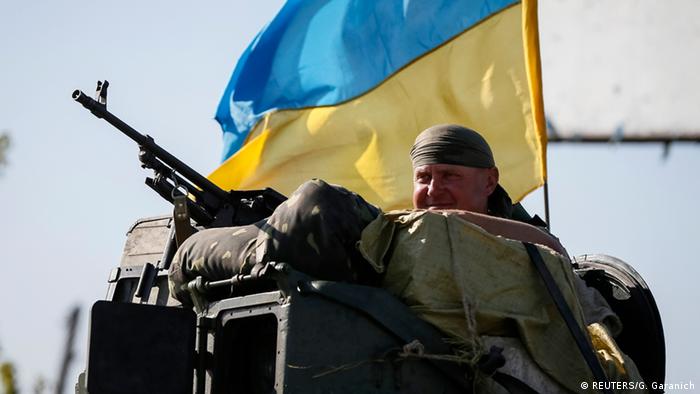 The United States has begun joint-military exercises with NATO allies in Ukraine. The maneuver, which is to last 11 days, has been deemed provocative in the midst of a between the Ukrainian military and pro-Russian separatists.

The annual exercises, called “Rapid Trident 14,” began near the western city of Lviv and will last until September 26. Alongside Ukrainian forces, around 1200 soldiers from 15 countries will take part in the maneuver.

“At the moment we are facing an adversary with one of the world's most powerful armies and nuclear weapons,” Ukrainian commander Alexander Spiwak said at the start of the exercises.

Around 200 United States troops are expected to partake in the exercises, marking the first deployment of US ground troops into Ukraine since fighting broke out between the government and pro-Russian separatists earlier this year.

Three German soldiers will take part in the exercises, other countries contributing troops include the United Kingdom, Canada and Poland, as well as non-NATO members such as Azerbaijan, Georgia, and Moldova.

The maneuvers are taking place at the request of the Ukranian government and military. Russia has criticized the exercises, which are taking place roughly 1200 kilometers away from the current fighting, as a provocation in the midst of the ongoing conflict in the east of the country.

A ceasefire between Ukraine and pro-Russian separatists has been in effect for 10 days, though heavy fighting broke out Sunday around the rebel-held city of Donetsk. So far, over 3000 people have been killed in fighting between the two sides.

There has been renewed fighting around the Donetsk airport in eastern Ukraine. The clashes threaten to undermine a truce and come as regional elections are held in Crimea, the territory annexed by Russia in March. (14.09.2014)

A second Russian convoy of humanitarian aid has rolled into eastern Ukraine. The country's prime minister, meanwhile, has accused Moscow of seeking to 'eliminate' Ukraine as an independent country. (13.09.2014)