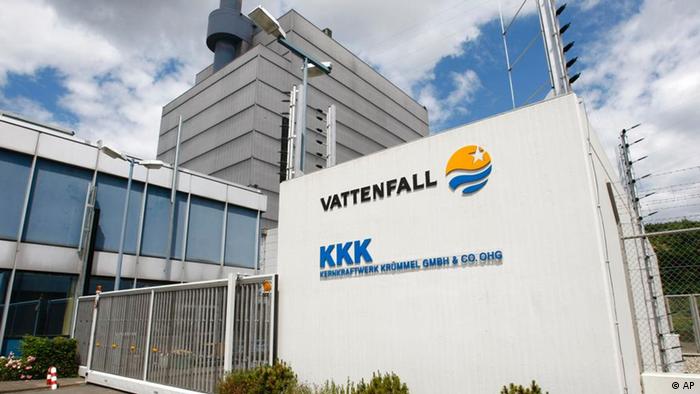 A US arbitration court has said it can rule on a damages claim by Swedish utility Vattenfall against the German government over Berlin's controversial decision to completely pull out of nuclear power, Germany's Frankfurter Allgemeine Zeitung newspaper reported.

The ruling came as a setback to the German government, which had argued that Vattenfall's claim for compensation did not fall in the court's jurisdiction.

The German Economy Ministry said it was aware of the court's decision and would examine it.

Vattenfall is seeking €4.7 billion ($5.4 billion) in damages from the German government, far more than the high three-digit-million-euro to low single-digit-billion-euro amount that Berlin is planning to dole out as compensation to the utility and its German rival RWE.

Berlin ordered to shutter all nuclear power plants by 2022 and to immediately close some stations, including Vattenfall's German plants in Krümmel and Brunsbüttel.

The utilities running the nuclear plants said the decision amounted to expropriation.

Vattenfall said while it did not question the decision to phase out nuclear power in Germany, it insisted on being compensated for the financial loss resulting from this decision.

As a foreign company operating in Germany, Vattenfall dragged the German government to the International Center for Settlement of Investment Disputes (ICSID) in Washington in 2012.

Berlin questioned ICSID's jurisdiction in the case and sought to have the case thrown out, arguing that decisions by international courts are inadmissible in the event of investment arguments between two EU member states.

Berlin cited a ruling by the European Court of Justice (ECJ) on a similar case where arbitration from a court outside the EU in relation to a case between a company and a member state was found to be invalid.

The ECJ ruled that an award of damages in 2012 to Dutch insurer Achmea from Slovakia under a bilateral investment treaty inherited from former Czechoslovakia was illegal.

"We have always stressed that the Achmea judgment had no bearing on the case between Vattenfall AB and the Federal Republic of Germany, and we see that our position has been confirmed," the Swedish company said after the ICSID ruling.

The ICSID ruling has once again put the spotlight on the role of arbitration courts in disputes between governments and investors, a major issue in Europe, especially in Germany.

During now-stalled negotiations for the Transatlantic Trade and Investment Partnership (TTIP) free trade pact with the United States, the EU called for the arbitration mechanism — investor-state dispute settlements (ISDS) — to be abandoned and replaced by a proper tribunal — an investor-state court system.

The EU argued that foreign investors could undermine decisions by democratically elected governments by filing suits in private courts.

The existing arbitration mechanism only provides for foreign companies to sue states, not the other way around. A foreign company can claim compensation in an arbitration tribunal if it fears that new laws or regulations could impact its profit or investment potential.

Opinion: Limiting the greed of the nuclear industry

The German Constitutional Court's decision that an accelerated nuclear phase-out is legal, and limiting compensation for energy companies is good news, says DW's Gero Rueter. This could even set a precedent for coal. (06.12.2016)

Swedish utility Vattenfall has announced it will replace all its vehicles by electric cars over the next five years. The company noted the measure was required to become "climate-neutral" by 2050. (06.02.2017)