Washington and Moscow seemed poised for a breakthrough on limiting nuclear weapons with time running out on the 2011 New START treaty. Russia is now ready to freeze the number of nuclear warheads if the US does the same. 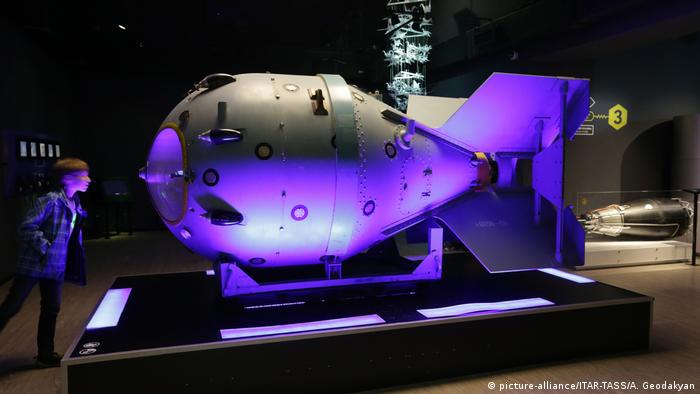 The US was ready to meet with Russia "immediately" and finalize an agreement on nuclear weapons, the State Department said on Tuesday.

"We expect Russia to empower its diplomats to do the same," the US officials said in a brief statement.

The two countries seek a way to keep the New Strategic Arms Reduction Treaty (New START) alive past its expiration date in February 2021. The deal limits the number of deployed nuclear warheads, missiles, and bombers. With both Moscow and Washington leaving the Intermediate-Range Nuclear Forces Treaty (INF) last year, the New START is the only major accord on nuclear weapons still in place between the rival powers.

The US initially pushed for a follow-up deal which would also include China, but this initiative has so far failed to garner enough support. Earlier this month, Russia's President Vladimir Putin suggested prolonging the original New START treaty for another year. The US eventually said it was ready to do so if both sides pledged not to increase the number of warheads in their respective arsenals, including the warheads that are not explicitly covered by the deal. Russia rejected the proposal.

Moscow does not want more US demands

On Tuesday, Russia shifted its stance and said it would agree to the bilateral freeze. However, the Russian foreign ministry said the pact will be possible "strictly and exclusively with the understanding that the 'freeze' will not be accompanied by any additional requirements" from the US side.

Last week, Russia's top diplomat Sergey Lavrov said the US was pushing to go back to deep verification measures that were in place in 1990s, when the two countries could send their inspectors to the nuclear production facilities of the other side. He said that these inspections "are not suitable in modern conditions."

Russia has more nuclear warheads than any other country in the world — 6,370 according to the data provided by the Federation of American Scientists. The US ranks second with 5,800, while China is in third place with 320 warheads.

The New START treaty, which expires in February, limits the number of nuclear warheads that Russia and the US can deploy. Moscow wants an unconditional extension but Washington has rejected this notion.