US and Russia in Africa: Trade and security interests

US Secretary of State Rex Tillerson and Russian Foreign Minister Sergei Lavrov both visited Ethiopia but appear not to have met. DW spoke to Chatham House expert Alex Vines about the two ministerial visits. 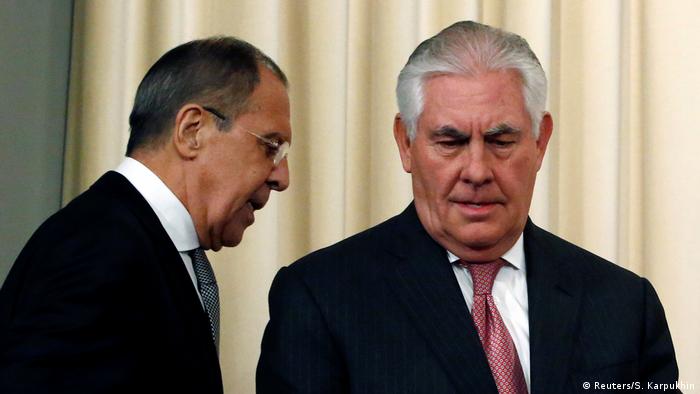 US Secretary of State Rex Tillerson and Russian Foreign Minister Sergei Lavrov stayed at the same hotel in Addis Ababa but the two appear not to have met - at least not in the open. Both foreign ministers had meetings with African Union officials. In Ethiopia, Tillerson who has now travelled on to Djibouti and Kenya, commented on the country's current politcal situation and the Chinese presence on the continent. Lavrov has visited Zimbabwe, Angola, Mozambique and Namibia where he spoke to his counterparts and heads of state about trade.

DW: There's been a lot of talk about why Tillerson and Lavrov are visiting Africa. What explains the timing of this meeting?

Alex Vines: For Lavrov, it's to do with the 120th anniversary of the establishment of diplomatic relations between both countries. So that's why he was going to Ethiopia, that was the primary reason, for the bilateral celebration. He also wanted to talk more broadly about the peace and security issues, regional issues and the African Union. 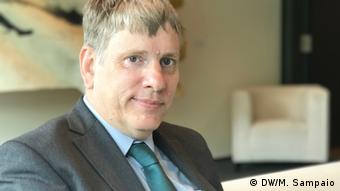 This is not surprising, given that at least 60 percent of the UN Security Council's business is in Africa. And Lavrov did give a keynote address to the African Union, talking about Russia's support for a UN Security Council reform and for an  African seat on the UN Security Council. For Mr Tillerson's trip to Ethiopia, it was primarily for the African Union. But also Ethiopia is seen as an important anchor state in the Horn of Africa for the Americans. So the politics of Ethiopia, the state of emergency that is on at the moment, those are issues of concern to the Americans.

Lavrov first visited southern African countries before heading to Addis Ababa. What do you make of that?

Lavrov's trip to southern Africa – that's to do with countries that have previously had relationships with Russia. The Angola relationship is a deep and meaningful one. The current president of Angola, Joao Lourenco, went for higher education in Russia. He was at the Higher Lenin Academy until 1982 when Russia was the Soviet Union. So the Russians have invested heavily in defense in Angola. There are also mining interests — Alrosa mine is one of the biggest diamond mines in Angola. And Russia even helped launch a telecommunications satellite for Angola last year. I think Namibia and Mozambique were about gas diplomacy and mineral resources. The Russians are looking to extend access to uranium, so Namibia is interesting for that. And Rosneft has two concessions for gas now in Mozambique.

Social media have been awash with comments questioning the timing and the motives of the visits of the two foreign ministers. What do you make of this?

There's probably a bit of rivalry, and different vision points from the fractiousness of the UN Security Council between the Russian Federation and the United States. But both trips were slightly different in focus. The Russian trip is really about commercial priorities, a bit about defense. While the US one is very much about peace and security. The US has a big military base in Djibouti and Mr Tillerson is going to the Sahel too, to countries like Chad. So security really trumps anything else for the Americans and that's to do with counter-radicalization, in particular Islamist radicalism.  So I do think that you can see both these trips with a different logic. They are coincidental in their time, but they're not directly in competition.

Alex Vines is the head of the Africa Programme at the London-based thinktank, Chatham House.

Apologies, economics and security are expected to be on the menu during Rex Tillerson’s trip. The visit comes shortly after reported derogatory comments by US President Donald Trump caused an outcry across Africa. (06.03.2018)