The search for renewable energy has made use of the sun, the sea - and now potentially our wee. Researchers in England have been using urine to create small electrical charges, which could be scaled up to a fuel source. 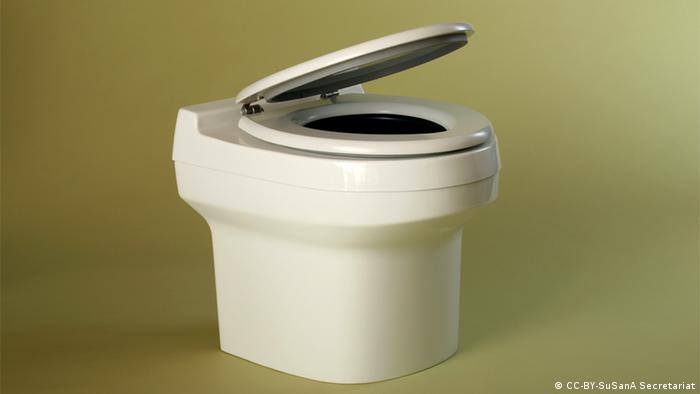 At the "wet lab" in the Bristol Robotics laboratory in southwest England, there's a not-so-pleasant smell. It's "similar to the smell of a toilet, of the gents," explained scientist Ioannis Ieropoulos.

Scientists have known for some time that microbes can generate electricity. When microbes break down organic material such as food waste or grass clippings, electrons and protons are freed, which can work to push electronic current around a circuit like a battery.

Ieropoulos had been studying this process for more than a decade to see if it could be used to power robots - but it was only recently that he realized the power of urine.

The "eureka moment," Ieropoulos said, was when they tried urine. "We'd never before reached that level of power output."

In fuel cells, chemicals are converted to electricity - the one pictured here uses hydrogen and oxygen

Ieropoulos found that by adding fresh urine to his microbes, he could increase the power output three fold.

The doctor created a simple system: a urinal that is linked up via a microbial fuel cell to a USB port, which generates enough electricity to charge small electronic devices like mobile phones.

The invention impressed the Bill and Melinda Gates foundation so much that it gave the lab a grant to improve the technology and get it working in the real world.

Ieropoulos said that they're aiming for large-scale implementation. But he added that their larger goal is to do "something for society."

Systems could be implemented, for example, to help tackle health and sanitation issues, and "deliver useful electricity to remote communities that are not connected to the grid," Ieropoulos said.

The Gates Foundation grant enabled Ioannis to travel to Delhi to showcase his invention, which he's named "Urinetricity."

Sarina Prabasi, CEO of Water Aid America, said that Urinetricity could play a vital role in improving sanitation in developing areas. Prabasi thinks that it could provide the incentive communities need to deal with their waste, which is often lacking.

"If there's something where people can turn this in to a business, then the incentive will be there," Prabasi said. 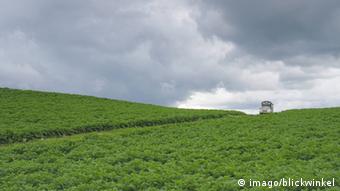 Combining the fuel cells with water purification technology could also make a difference provide environmental benefits. John Greenman, a professor at the University of the West of England in Bristol, is working with microbes that produce clean water and fertilizer, which can help grow crops.

This could, for example, be combined with Ioannis' system to create a "super toilet."

Unprocessed urine cannot be applied directly to cropland. But microbes separate the organic material out of the waste, Greenman explained. "The fluid that comes off at the other end is a lot cleaner, and can be put out into nature," he said.

"And the electricity generated could be used to run water treatment plants - so you get benefits in both ways," Greenman stated. In a green factory, for example, such a system could break down waste while producing electricity.

Ieropoulos acknowledged that one of the hurdles for his project is the discomfort some people might have around the source of the new electricity.

"There are taboos, cultural and religious issues that prevent people from talking about the topic of human waste and how that can be exploited or utilized," Ieropoulos said.

Although many people might struggle to keep a straight face about the topic, the benefits to for people and the environment will hopefully outweigh squeamishness around using urine for electricity.

More than the sun: getting the most from solar energy storage with field data

Germany's biggest, and newest, solar storage park is also an open-air solar laboratory. The idea is to use real-time data from the field to make forecasting ultra-accurate. (05.08.2014)

Denmark is a leader when it comes to fighting climate change. By 2050, the country plans to meet 100 percent of its energy needs with renewables, creating more jobs, increasing exports and reducing its energy dependence. (02.05.2014)

The Scottish island of Eigg is one of the world's first islands to power itself exclusively with renewable energy. Locals say the change has boosted their quality of life, and that their energy bills are dropping. (06.03.2014)

Are we flushing away the answer to our fertilizer shortages? 14.05.2022

Unlike other extreme events such as wildfires and floods, droughts often creep up slowly, causing immense damage by stealth. So what qualifies as a drought? And what can we do to safeguard against it?