German engineers are testing 'power-to-gas' systems that make hydrogen or methane gas out of carbon dioxide, water, and electricity. The technology could make a 100 percent renewable energy future possible. 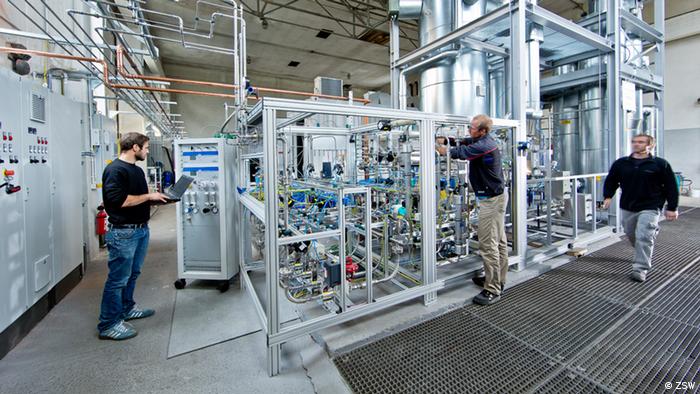 The German government has committed the country to an 'Energiewende', in which at least 80% of electricity production and 60% of primary energy needs are to be supplied by solar, wind, and other renewable energy sources by 2050. A big open question is how the intermittency of renewable energy sources like wind and sunshine can be reconciled with the need to reliably supply energy whenever and wherever it's needed, whether to heat homes, fuel trucks and trains, or power electrical equipment. 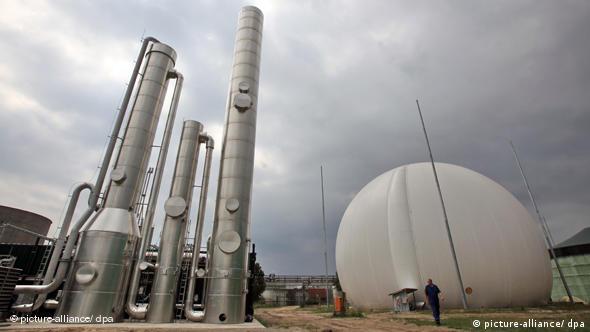 Renewable energy production in Germany has grown rapidly since 2000

'#link:http://www.gtai.de/GTAI/Navigation/EN/Invest/Industries/Smarter-business/Smart-energy/power-to-gas.html?view=renderPrint:Power-to-gas#' and 'power-to-liquids' could be the answer, according to engineers and researchers who spoke to a packed hall at the third annual conference of the Power to Gas Association in Berlin on Wednesday (2.7.2014), hosted by the German Energy Agency (DENA).

Michael Sterner, a professor at East Bavarian Technical University in Regensburg, says the technology is crucial to the success of the Energiewende. "Power-to-gas is absolutely necessary for a 100 percent renewable energy power supply and for the decarbonization of the transportation and chemical industry," he told DW.

In principle, the technology proposition is straightforward. Germany, like most developed countries, already has a well-developed network of pipelines and storage tanks for natural gas. Natural gas, a fossil fuel, is used to heat homes and generate electricity in gas turbines. Methane, the main component of natural gas, also serves as a basic feedstock for the petrochemical industry, which makes everything from plastics to pharmaceuticals.

Renewable energy can be stored as synthetic methane gas

It turns out that the existing gas storage and distribution network could be used to solve the country's energy storage problem. That's because fossil fuel reservoirs (natural gas wells) are not the only available source of methane. Professor Sterner explained that methane can also be synthesized in chemical factories from three simple and common ingredients: carbon dioxide, water, and electricity.

Using a long-established process called 'electrolysis', chemical engineers can tear apart water and carbon dioxide molecules (H2O and CO2), and then recombine the pieces into any number of new molecules - starting with methane, CH4. 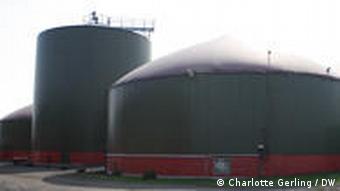 The methane synthesis process requires electricity as an input, which is why it's called 'power-to-gas'. If the electricity comes from a renewable energy source like a wind turbine or a solar array, the resulting synthetic methane is called 'renewable gas', or sometimes by special names like 'wind-gas' or 'solar gas', depending on the source of the primary energy input.

Among many other things, engineers can take synthetic methane and further process it to make synthetic liquid fuels like methanol or butanol - which can be used to fuel diesel or gasoline engines - or kerosene, which is the main constituent of jet fuel. The relevant terms of art are 'power-to-liquids' or 'renewable liquid fuels'.

So far so good - but while the technology is quite straightforward, the business case isn't. It doesn't cost very much to sink a well and tap natural gas from a geological formation, or to send it to distant markets by pipeline. Natural gas is cheap. Synthetic methane is much more expensive.

The technology is available, but the business case isn't

Dr. Peter Röttgen, head of the Energy Storage Innovation Center at E.ON, Germany's biggest energy corporation, explained to DW that synthetic methane would probably never be able to compete on price with natural gas, at least not in the absence of a stiff carbon price. However, that need not mean power-to-gas should be considered unaffordable: Fossil gas isn't the same product as renewable gas. The former includes climate destabilization as a byproduct, and the latter does not.

Ove Petersen, CEO of clean energy project development company GP Joule, told DW that it's getting things backwards to think of renewable fuels as subsidized. "The operators of CO2 emissions intensive energy sources like coal-fired power stations are the ones enjoying big subsidies. For many years, we've allowed them to use the atmosphere as a free waste dump for their climate-destabilizing combustion products."

From that perspective, financial mechanisms that promote power-to-gas and other low-carbon energy solutions merely level the economic playing field. 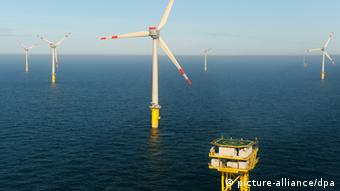 "Electricity, gas and heat have to be understood as an interlinked energy system," E.ON's Röttgen said. "Power-to-gas has synergies with the chemicals industry and with transportation fuels, as well as with heat and power generation."

Power-to-gas demonstration projects are in operation in Germany

A number of projects demonstrating the potential of power-to-gas technology have come on-stream recently. #link:http://www.audiworld.com/articles/world-premiere-audi-opens-power-to-gas-facility/:Audi, the carmaking company, opened a six megawatt power-to-gas facility# at Werlte, west of Bremen near the border to the Netherlands, in late 2013. It draws carbon dioxide from the post-combustion exhaust stream of a biogas facility, and makes renewable methane out of it.

#link:http://www.eon.com/en/media/news/press-releases/2013/8/28/eon-inaugurates-power-to-gas-unit-in-falkenhagen-in-eastern-germany.html:E.ON has a power-to-gas demonstration project# in operation too, in partnership with Swissgas. It's in the village of Falkenhagen east of Berlin.

To go from prototypes and technology demonstration projects, however, E.ON's Röttgen says new market mechanisms are needed. He pointed to the unintended consequences of Germany's massive wind energy boom during the past decade.

"There are now so many turbines installed that on windy days, many of them have to be turned off, in order to avoid overloading transmission grids. Yet the feed-in tariff laws specify that wind turbine owners must be paid generous rates for electricity even when the turbines have been shut down - not for the electricity they actually produced, but for the electricity they would have produced in the given high-wind conditions, had the turbines not been shut down to avoid overloading," he told DW. 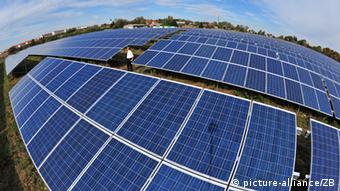 Installing power-to-gas systems near wind-parks would provide an alternative use for wind energy during high-wind days, and would prevent the economic waste of shut-downs. But Röttgen explained that if turbine owners are getting paid as if their turbines were turning on high-wind days even if they've been shut down, as at present, there's no financial incentive for anyone to invest in power-to-gas systems to make use of the excess wind energy.

That, he said, ought to change: "We need to restructure markets so that there's a business case for clients to buy excess wind or solar power and store it as synthetic gas." He added that the government should avoid charging taxes or fees on renewable gas, at least until power-to-gas technology has become mature - and that's years away.

The take-home message, according to Prof. Sterner: Germany has a viable technological solution already in development that would make a 100% renewable future possible. The technology engineering isn't the toughest challenge. Instead, it's the financial engineering of a pathway from today's fossil-fuels-dominated system to a clean energy future.

Sterner and Petersen both told DW that power-to-gas, like any technology, benefits from 'learning curve' effects in which each unit of energy stored will get cheaper by some amount (perhaps 16 percent, according to Sterner) with each doubling in installed capacity. They don't know how long it will take to get there, because it's not clear how fast capacity will be built, or how it will be paid for, in the technology's early roll-out phase.

But they're confident power-to-gas will be a crucial component of Germany's, and the world's, future low-carbon energy system.

E.ON has a power-to-gas demonstration project