Uprisings in East Germany and Egypt show parallels | World | Breaking news and perspectives from around the globe | DW | 04.02.2011

Those who are old enough to remember the 1989 uprising that brought down the communist regime of the former East Germany have been watching events in Egypt with particular interest. A number of parallels can be drawn. 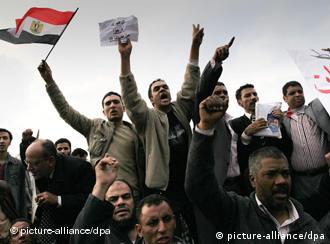 Anti-Mubarak protesters have kept up their demonstrations for days

The events that have been unfolding in Egypt over the past few days, have caused many in Germany to harken back to the fall of 1989, when in Leipzig and other East German cities, hundreds of thousands took to the street in demonstrations to demand political reforms.

Now, similar demands are being made by Egyptians who have gathered in Cairo's Tahrir Square. But the similarities between the uprisings in East Germany in 1989 and those in Egypt, Yemen, Tunisia and other Arab states are deeper than may be immediately apparent.

The revolution that occurred in the German Democratic Republic in 1989 followed significant changes in several other communist countries. The then Soviet leader, Mikhail Gorbachev, had already introduced the concepts of Glasnost (openness) and Perestroika (restructuring). There had also been reforms in Poland, and Hungary had opened its border with Austria. Later, there were reforms in Czechoslovakia and Romania too.

At the time, some described it as a bush fire sweeping through Eastern Europe, which for decades had been contained behind what was known as the "iron curtain," which separated it from the West. These days, the uprisings in the Arab World are being described as an "infection," but what is meant is essentially the same.

There are also similarities in the causes of the revolution in East Germany and the uprising in Egypt. In both cases, mass election fraud helped spark the unrest. 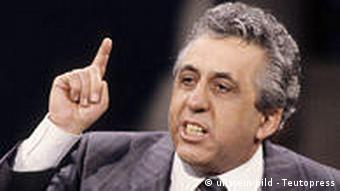 In East Germany, it all began with the municipal elections of May 7, 1989. Following the vote, the head of East Germany's central electoral commission, Egon Krenz, announced that candidates from the ruling communist party, the SED, had received 98.85 percent of the votes. However, election observers from the opposition obtained evidence that showed that this was clearly a lie - a high number of East Germans had actually refused to vote for the SED candidates. They passed this information on to reporters from West Germany. After this information was broadcast back across the border to East Germany, the first, small demonstration was held against the election results.

In Egypt, the dissent really started when the two main opposition groups boycotted the second round of voting in last fall's parliamentary elections, alleging widespread fraud in the first round in which the ruling NDP won 209 of 221 seats.

A commitment to peaceful protests

The young Germans who took to the streets in 1989 and the Egyptians who have been demonstrating against President Hosni Mubarak in the past few days also have some other things in common; their courage, their determination, and their commitment to demonstrate peacefully. This commitment, however, is being put to the test by counter-demonstrators - Mubarak supporters who have at times physically attacked anti-Mubarak protesters.

In both East Germany and Egypt, the military found itself with a key role to play. In 1989 the tanks stayed off the streets, on orders that actually came from Moscow. In Cairo the military has also exercised restraint.

Another parallel has to do with the support of the most important ally. 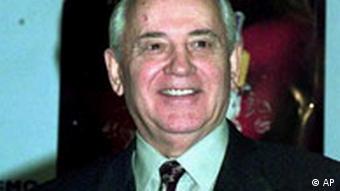 In 1988 Soviet leader Mikhail Gorbachev revoked the Brezhnev Doctrine, which Moscow could use to justify military intervention in any Eastern bloc state to defend its "socialist gains."

For the eastern bloc states this meant on the one hand that they became more independent, but on the other hand, the communist regimes lost the protection of their "big brother" in Moscow.

Meanwhile Egypt had, until now, enjoyed the support of the United States, as Washington had long seen Mubarak as a stabilizing force in the Middle East.

But there are also differences between the uprisings in the former East Germany and in Egypt or other Arab states.

In 1989 the demonstrators achieved their goals relatively quickly. There were few reported cases of attacks by thugs from state security forces. The East German regime was by that time in such a sorry state that it was no longer capable of effectively resisting the impending change. At the same time, the demands that the protesters made in East Germany just shortly after the Wall came down were far more radical than those being made in Egypt today: The East Germans demanded that their very state be done away with, while all the Egyptian demonstrators are trying to get rid of are the president and his regime.

In 1989 it was unclear what the future would hold for the Soviet Union. Many were particularly concerned about what would happen if the communist leadership of the then superpower went the way of their counterparts in East Germany, Hungary, Poland, Czechoslovakia or Romania.

In 2011, the world is looking on with similar concerns about countries in Egypt's neighbourhood: Iran, Lebanon and the Palestinian territories. And right in the middle of all that is Israel, the Middle East's only democracy.