Under coronavirus lockdown, Delhi slum residents struggle to get water

In Delhi's slums, where water is scarce, washing your hands and practicing social distancing are luxuries not everyone can afford. Residents fear further shortages under India's nationwide lockdown. 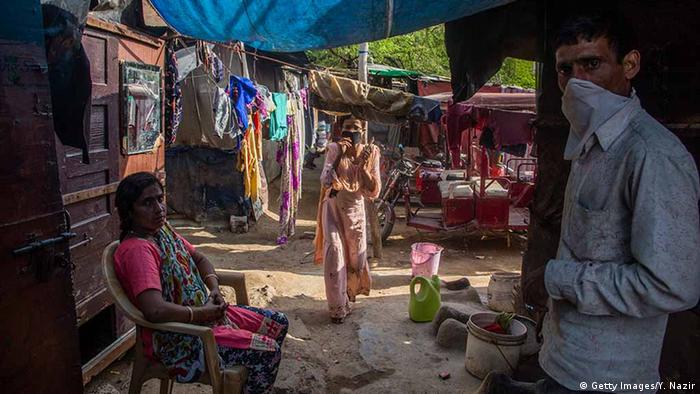 Getting water in Delhi's slums is rarely easy. But an India-wide lockdown to stem the spread of the novel coronavirus has left some fearing they won't get access at all.

"We've always had an issue getting water," says Mohan Singh Patwal, who lives in Sangam Vihar, Delhi's largest unauthorized slum with over a million residents. "But since the lockdown, most private water tankers have refused to come and when one does, it runs out of water fast because the entire locality is experiencing a shortage."

As an informal settlement not officially recognized by the government, Sangam Vihar is not entitled to public piped water. The government does send tankers into the area, but they often fall short of demand, leaving private suppliers to fill the gap.

Patwal says he hasn't been able to acquire any water since the lockdown began in March. He's rationing water he still has stored in a tank in his house. He can also buy bottled water to drink but that's expensive for poorer Indians.

Like many in Sangam Vihar, he relies on private water tankers for water to wash and cook with. Known locally as the "water mafia," they pump water up from illegal boreholes and sell it to residents.

According to the most recent figures from 2012, some 86% of homes in the slums of India's capital do not have a tap, depending instead on tankers of some kind to deliver supplies. 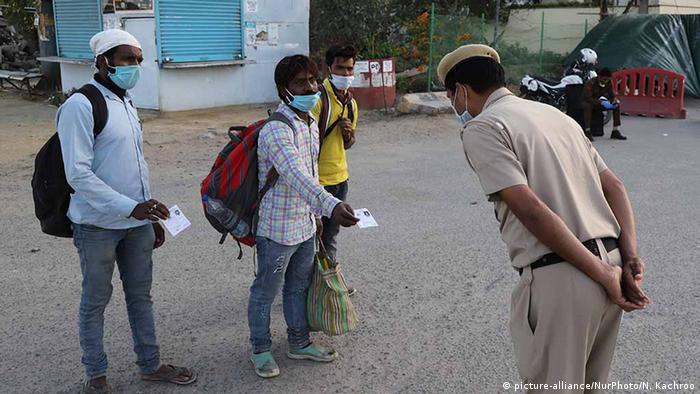 Now that India is on lockdown, people are only allowed out in special circumstances, some are unable to access enough water to wash their hands

Now under lockdown, many families fear that supplies from private tankers may stop altogether, with strict police roadblocks preventing all but those with special authorization from the government from traveling on the roads. One private tanker driver told DW he has been too scared to leave the house since the lockdown began.

"I don't want to go against lockdown orders," he explained, wishing to remain anonymous due to the illegal nature of his work. "I won't be able to deliver water again until after the lockdown."

Experts advise thorough handwashing with soap and water as a first line of defense in containing the virus. But a report from WaterAid India estimates that one in eight Indians have no source of clean water near their home, prompting concerns that unequal access may facilitate the spread of the disease.

For those with a limited supply, "their priority is mostly [using it] for drinking and cooking," Shalini Chaturvedi, program manager at WaterAid India says. "Handwashing is not the highest priority."

Chaturvedi says the authorities "need to ensure that the slums still get water supplies from the tankers."

"Because it is a crisis situation, [the government] may not prioritize water tanker supplies — they may focus on other emergency responses," she told DW. 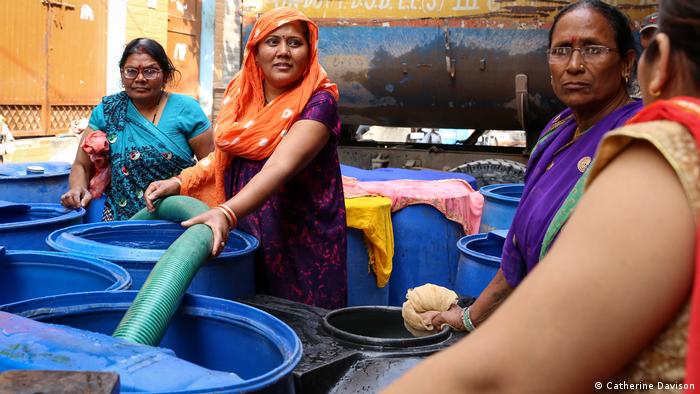 The city's water authority, Delhi Jal Board, chaired an emergency meeting March 25 to ensure vulnerable communities continue to receive government services as the crisis deepens. But residents like Patwal, who were already facing shortages, claim they are still not able to access enough water.

At the time of publication, neither Delhi's government nor water board had responded to DW's request for comment.

For those getting water from private tankers, however, it's not just a matter of access, it's also a question of prices. Dev Vati, a grandmother who also lives in Sangam Vihar, has had to find an alternative private supplier as her usual tanker is no longer operating.

She's concerned water prices may soon increase as they usually do during summer water shortages.

Vati normally pays 500 rupees (6 euros, or $6.70) for 2,000 liters to last her family of eight a week. In summer though, prices skyrocket to double that, or 20% of her household's total income, says Vati. The average per capita monthly income in Delhi slums is around 1,708 rupees or €20. As part of their election manifesto to provide 700 liters of free water each week to every household in Delhi, the local government recently promised to extend a pipeline to the block where Vati and Patwal live.

Still, it's clear that due to the current lockdown, relief will not come in the next few months — when it will be most essential for mitigating the spread of coronavirus.

"Nobody wants to send water here," Vati says. "I have been waiting for many years now, but the water has still not come."

In the meantime, the city water board has been posting tweets showing government tanker suppliers practicing social distancing.

In crowded Delhi slums, where over one third of the Indian capital's population lives, it's a practice that's difficult to implement — particularly at water collection points where women in colorful saris usually tussle over limited water supplies and fights sometimes break out in times of shortage.

However, people are faring better in other slums in Delhi, such as Harijan Basti, which managed to get piped water a few years ago. As an authorized slum, the government allowed residents to build a water network from a leak in a nearby official pipeline. With the help of WaterAid and FORCE, a local NGO, they finished construction two years ago and now every household has a tap. 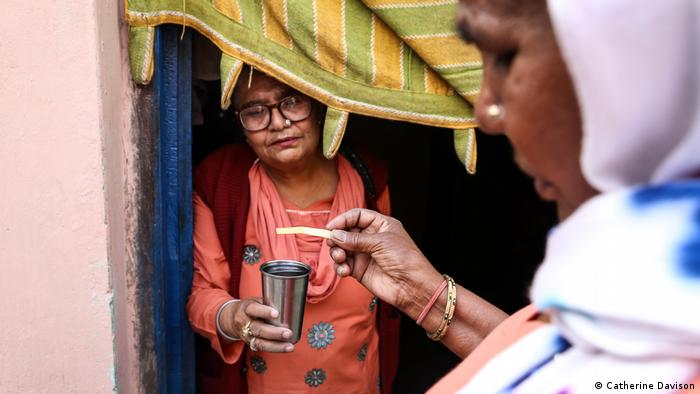 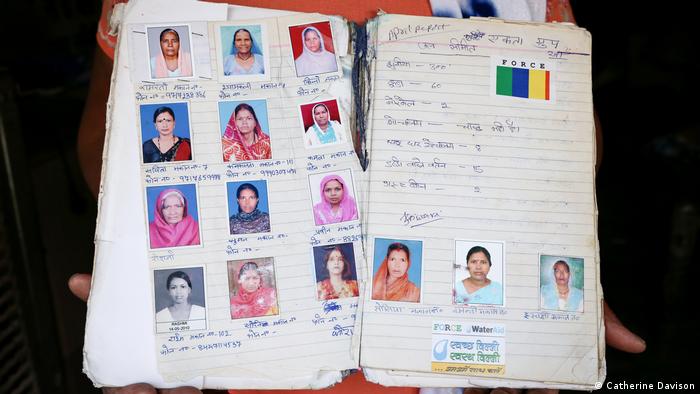 Ram Rati holds the logbook listing details of members of the women's cooperative, who manage the water pipelines in Harijan Basti

Ram Rati is part of a women's cooperative that received training from these organizations to ensure the pipes and water quality are maintained.

"Water is my work — my duty. Water is life," she explains.

The women collect maintenance fees from each household to pay for repairs as and when they are needed. WaterAid's Chaturvedi says that unlike in Sangam Vihar, the system is not susceptible to profit-making and exploitation because the pipeline is a community-run resource.

As for residents, access to cheap, clean water from their own taps has proved particularly important during the Covid-19 outbreak.

"We don't have to stand in line and crowd amongst ourselves," Rati explains, saying she felt safer because of the pipelines. "It helps maintain the adequate distance to help prevent the spread of the disease."