UN chief Antonio Guterres has called on all actors in the region to "avoid a major confrontation." The US and UK have accused Iran of attacking tankers transiting through the Persian Gulf. 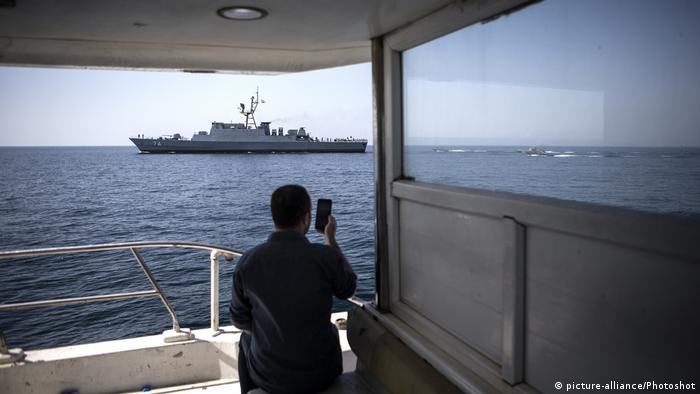 UN Secretary-General Antonio Guterres late Friday called for an independent investigation into apparent attacks on tankers transiting through the Persian Gulf, Strait of Hormuz and Gulf of Oman.

"We believe it is very important to avoid, at all costs, a major confrontation in the Gulf," said Guterres in New York. "At the present moment, we don't see a mechanism of dialogue possible to be in place."

The US and UK have accused Tehran of attacking tankers transiting through the waterways that separate the Arabian Peninsula and Iran, allegations which Iranian officials have denied.

Read more: The Strait of Hormuz: The world's most important oil choke point

Earlier this week, two tankers were hit by explosions. US Secretary of State Mike Pompeo said the apparent attacks were part of a campaign of "escalating tensions" being carried out by Iranian elements, warning that the US would protect its interests in the region.

Arab League Secretary General Aboul Gheit on Friday told his "Iranian brothers" to be "careful and reverse course because you're pushing everybody towards a confrontation that no one would be safe if it happens."

Gheit supported the UN's call for an independent probe, saying: "We believe that the truth needs to be clearly established in relation to these attacks."

Germany has condemned the attacks without assigning responsibility as it attempts to shore up support for the Iran nuclear deal.

German Foreign Minister Heiko Maas said on Friday the attacks represented not only a threat to trade but to peace in the region.

Speaking at a meeting of Russian, Chinese and other Asian leaders in Tajikistan on Saturday, Iranian President Hassan Rouhani made no mention of the attacks on the two tankers in the Gulf of Oman.

Rouhani said Iran would continue to scale back compliance with the commitments it made in the 2015 nuclear deal in the absence of "positive signals" from other signatories. "Obviously, Iran cannot stick to this agreement unilaterally."

Last month, Iran said it would start enriching uranium at a higher level unless world powers protected its economy from renewed US sanctions.

Germany: 'No one wants war with Iran'