The ceasefire in Syria remains shaky as the delivery of humanitarian aid appears to be held up by bureaucracy. UN Syrian envoy Staffan de Mistura blamed the government for sabotaging the shaky truce. 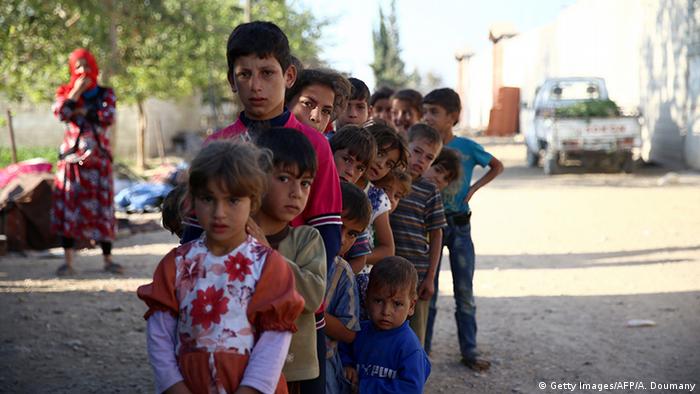 The United Nations reportedly faces "a problem" in delivering humanitarian aid into Syria, the UN envoy for Syria, Staffan de Mistura, said. He explained that the Syrian government and rebel representatives in Aleppo have reportedly failed to guarantee unhindered aid deliveries coming in from Turkey despite the ongoing ceasefire.

He urged the government in Damascus to allow humanitarian aid shipments "immediately," stressing that the regime had broken its pledges by not assisting aid deliveries since the ceasefire took effect on September 12, with the beginning of the Muslim holiday of Eid al-Adha.

"Facilitation letters have not been received"

Twenty trucks filled with aid supplies bound for eastern Aleppo have crossed into a buffer zone between Turkey and Syria, according to Jan Egeland, head of the United Nations humanitarian taskforce for Syria.

"The 20 trucks ... have passed over the Turkish border - they are in the buffer zone between the Turkish and Syrian border," he said on Friday, adding that he hoped the supplies would reach people by Friday.

According to de Mistura, the government has not provided the required facilitation letters for aid trucks to access troubled civilians across the country, while rebel-controlled local authorities in eastern Aleppo have yet to assure aid distribution in the besieged area. He said such letters and assurances needed to be taken care of immediately. 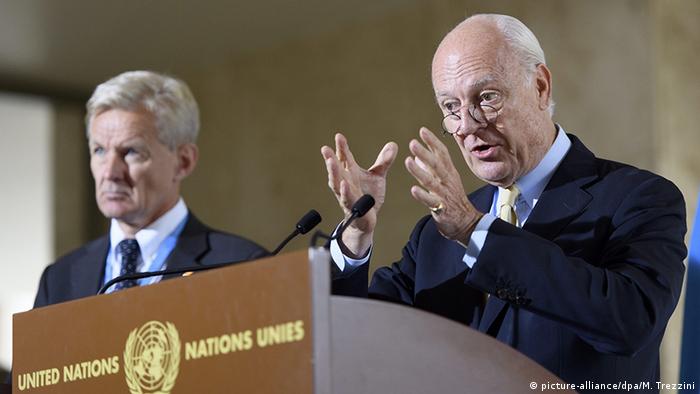 De Mistura told reporters in Geneva that Russia, the Syrian government's key ally, agreed that time for a successful deployment of aid convoys was being lost. Russia and the United States had extended the truce to allow humanitarian aid deliveries to continue.

Russia, meanwhile, also accused its US counterparts of not meeting their obligations under the truce. Military spokesman Igor Konashenkov slammed Washington for what he called "rhetorical fog" intended "to hide the fact that it is not fulfilling its part of the obligations."

"There is an impression that Washington is juggling words to conceal its failure to honor its part of the commitments, especially on disengaging the moderate opposition," Konashenkov said, implying that the United States was actively supporting rebels despite the ceasefire agreement.

US and Russia officials also disagreed about the staged withdrawal of Syrian army troops from the Castello Road, a key supply route into Aleppo. Lieutenant-General Vladimir Savchenko, head of the Russian Reconciliation Centre in Syria, said government troops had pulled out to allow humanitarian supplies to flow to eastern Aleppo.

However, Pentagon spokesperson Peter Cook refuted these statements, saying that he did not have the "intelligence or facts" indicating that the Syrian army that indeed withdrawn.

De Mistura hailed the fact that the truce agreed between Russia and the United States was holding up "by and large."

"We cannot let days of this reduction of violence to be wasted by not moving forward," on humanitarian aid, he added.

"That is what makes a difference for the people apart from seeing no more bombs or mortar shelling taking place," de Mistura told reporters in Geneva.

The Britain-based Syrian Observatory for Human Rights, a monitoring organization with a network of informants on the ground in Syria, said that government forces and opposition fighters were ready to withdraw from the main artery into Aleppo, Castello Road, in order to hand it over to Russian troops, as was agreed in the ceasefire.

The observatory said, however, that government forces would not start pulling out until the rebels begin to do the same.