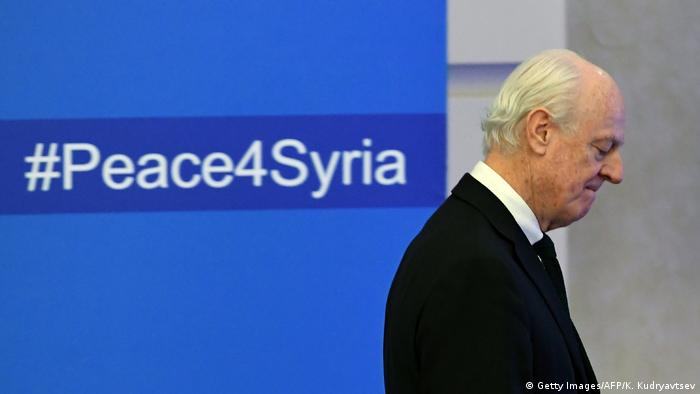 Staffan de Mistura, the United Nations' special envoy for Syria, announced on Wednesday that he will step down.

After serving in the key post for over four years, de Mistura said told the UN Security Council that he'll be leaving at the end of November.

The Italian-Swedish diplomat said he decided to leave for "purely personal reasons."

"I am not laying down the charge until the last hour of the last day of my mandate," he told the UN Security Council during a meeting on the Syrian conflict.

One of the toughest jobs in the UN

De Mistura was appointed the UN envoy to Syria, regarded as one of the most difficult UN posts, in July 2014.

His two predecessors — former UN Secretary-General Kofi Annan and Algerian diplomat Lakhdar Brahimi — both quit amid frustrations over the global deadlock over ending the Syrian conflict.

During his time as the UN special envoy, de Mistura oversaw numerous rounds of negotiations  to bring conflicting parties together and end the war.

The conflict, which erupted in 2011, is still raging in parts of the country. More than 360,000 people have died and millions have fled or been displaced due to the conflict.

De Mistura is still working on a UN-led effort to set up a committee in Syria that will be in charge of drawing up a new constitution.

The Syrian government, led by President Bashar Assad, has been resisting the committee, which will include government and opposition delegations as well as Syrian experts, tribal leaders and women.

The UN has called for a halt to regime attacks on Syria's rebel-held eastern Ghouta ahead of a Security Council session. Germany's Angela Merkel has described the assault as a "massacre." (22.02.2018)