The number of refugees and people displaced has hit a new record, announced the UN in a report released on World Refugee Day. According to the report, Germany received more asylum requests than any other country in 2015. 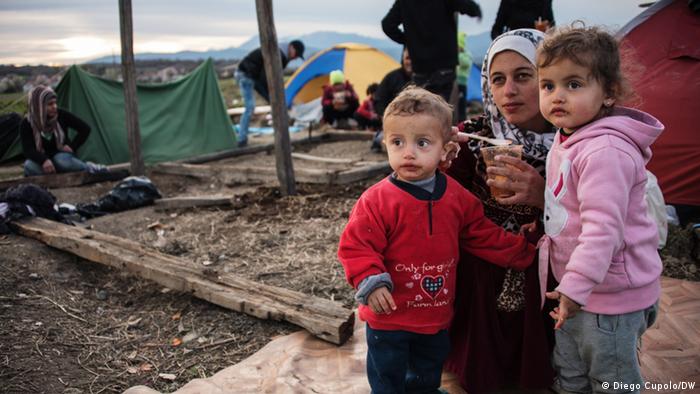 One out of every 113 people in the world is either internally displaced, an asylum seeker or a refugee, the UN Refugee Agency (UNHCR) said in its latest report on Monday.

A record-breaking 65.3 million people were driven from their homes due to violence, persecution and conflict in 2015, according the agency's annual Global Trends report released to coincide with World Refugee Day.

"This is the first time that the threshold of 60 million has been crossed," UNHCR said, adding that 59.5 million people were displaced in 2014.

The figure marks "a level of risk for which UNHCR knows no precedent," the agency said, and represents "immense human suffering."

One of the reports most troubling figures showed that children comprised 51 percent of the world's refugees in 2015.

Many of the children were separated from their parents or traveling alone, with over 98,400 asylum requests filed by unaccompanied children.

"This is the highest total UNHCR has seen - and a tragic reflection of how global forced displacement is disproportionately affecting young lives."

Germany received more asylum requests than any other country, with 441,900 asylum applications filed last year. The report notes that the high number reflects Germany's "readiness to receive people who were fleeing to Europe via the Mediterranean."

The United States received the second-highest number of applications with 172,000 while Sweden and Russia also received a substantial number as well, with over 150,000 claims filed in each country.

For the second year in a row, Turkey was listed as the "top host" country, taking in 2.5 million people - nearly all from neighboring Syria - last year. Pakistan, located next to Afghanistan, received 1.6 million while Lebanon, also a neighbor to Syria, hosted 1.1 million.

The unprecedented global displacement crisis has been made worse by a rise in anti-foriegner political sentiment. The push-back against incoming refugees has made it difficult to resettle and distribute those fleeing conflict and persecution, said UNHCR chief Filippo Grandi.

"The willingness of nations to work together, not just for refugees, but for the collective human interest is what's being tested today," he said in a statement.

"The rise of xenophobia is unfortunately becoming a very defining feature of the environment in which we work."

He said such policies in Europe were "spreading a negative example around the world."

"There is no plan B for Europe in the long run," Grandi said. "Europe will continue to receive people seeking asylum. Their numbers may vary ... but it is inevitable."

Middle East conflicts account for more than half of the 8.6 million people displaced by fighting in 2015, according to a new report. The total number of internally displaced people has jumped to a record high. (11.05.2016)

The Refugees Welcome Index shows that the vast majority of people the world over would welcome displaced people with open arms, according to Amnesty International. Are governments in sync with their citizens? (19.05.2016)

One man’s harrowing journey to Germany