UN reports human rights violations by both sides in Syria

The United Nations commission investigating human rights violations in Syria has issued its latest report. It concluded that forces on both sides of the conflict have committed attrocities. 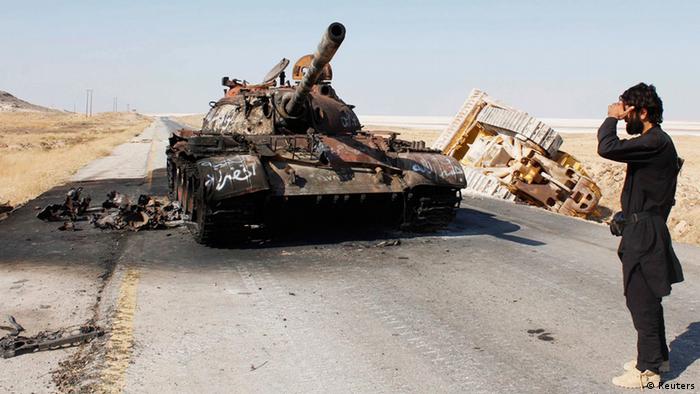 The UN Human Rights Council issued an updated version of the findings from the independent international commission of inquiry on Syria on Tuesday. The report listed a number of human right violations committed by both the rebels who oppose Syrian President Bashar al-Assad and the regime forces who are loyal to him.

'Obama has boxed US into a corner'

President Barack Obama's speech to the nation on Tuesday was no more than an update on the diplomatic mess he has gotten himself into over Syria, former National Security official Barry Pavel told Deutsche Welle. (11.09.2013)

"Government and pro-government forces have continued to conduct widespread attacks on the civilian population, committing murder, torture, rape and enforced disappearance as crimes against humanity," the report read. "They have laid siege to neighborhoods and subjected them to indiscriminate shelling."

According to the report, the anti-government Syrian rebels "have committed war crimes, including murder, execution without due process, torture, hostage-taking and attacking protected objects." The rebels, along with armed Kurdish groups, have also recruited and used child soldiers in hostilities, the report said.

The report reflected the findings of investigations from May 15 to July 15 of this year. It does not include any findings about the alleged use of chemical weapons that occurred in August. A report from UN inspectors on that incident is expected soon.

The United States and France are among those in the international community who are most convinced that Assad used chemical weapons in an attack on civilians on August 21.

"France will remain, in permanent contact with its partners, mobilized to punish the use of chemical weapons by the Syrian regime and to deter them from using them again," said French President Francois Hollande in a statement on Wednesday after meeting with military officials in Paris.

"If we all fail to act, the Assad regime will see no reason to stop using chemical weapons," said US President Barack Obama during a televised address on Tuesday in Washington.

Room for a political solution

However, both Hollande and Obama have said they are open to a Russian proposal to push Syria to place its chemical weapons arsenal under international control in order to avert a US strike.

Obama has asked Congress to delay a planned vote on legislative approval for military action in Syria in order to give Russia's proposal a chance.

Syria's acceptance of the plan triggered diplomatic wrangling at the UN Security Council over the wording of a resolution on the proposal.

An initial resolution, drafted by France, would demand that Syria make a complete declaration of its weapons program within 15 days and immediately open all related sites to UN inspectors or face "very severe consequences" for non-compliance. It would also lay the blame for the August 21 attacks at the feet of the Assad regime, one of several stipulations deemed "unacceptable" by Russia, a Syrian ally.

The commission investigating the human rights violations in Syria said in its report Wednesday "there is no military solution to this conflict" and called for a political solution to be pursued by the international community.