More than 12,000 UN troops are now operational in Mali. They face severe challenges including the threat of attacks by rebels and significant logistical problems. 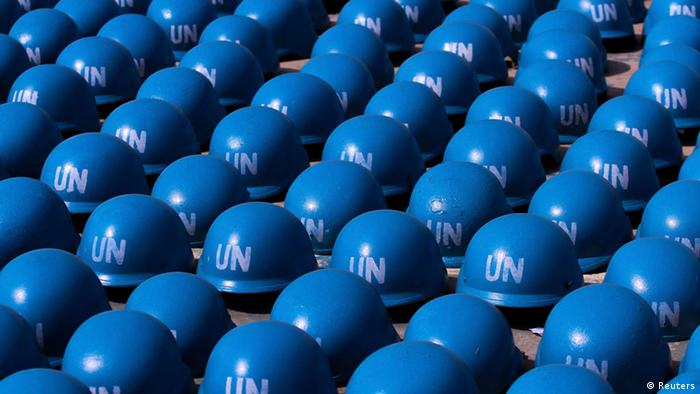 As the UN peacekeeping mission in Mali got under way on Monday (01.07.2013), its director Bert Koenders was sitting in his hastily furnished office telling the UN Security Council via a live communication link of the tasks ahead.

The mission will focus on two key areas, Koenders explained. The first step will be "the implementation of the preliminary peace agreement and on the forthcoming elections." He added that the success of the mission will depend on the degree to which the UN can provide assistance and build trust so that Mali can start along the path towards stabilization.

One and a half turbulent years 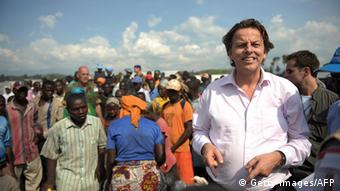 Albert Gerard Koenders is the director of the mission in Mali

Just recently, the Malian government signed a preliminary peace treaty with the Tuareg rebels, paving the way for the elections planned for July 28. The poll is supposed to end the one and a half years of political chaos and restore Mali's democracy.

After soldiers seized the power in a coup in Bamako in March 2012, the Tuareg rebels and Islamist groups took control of northern Mali. In autumn 2012, the Malian government asked the United Nations for military support, but it hesitated. But then in January 2013, former colonial power France intervened and together with a West African force known as AFISMA (African-led International Support Mission to Mali) and Chadian soldiers regained a vast part of the north which was under the control of the rebels.

AFISMA's duties will now be taken over by the soldiers, policemen and development experts from the UN mission, MINUSMA (Multidimensional Integrated Stabilization Mission in Mali).

The 6,000 West African AFISMA soldiers will remain in Mali and be part of the new UN mission. Under the leadership of Bert Koenders, a former Dutch Minister for Development, their role will be to bring stability to the country.

This will include protecting the population from rebel attacks, if necessary by the use of force.

MINUSMA will also have to improve the humanitarian situation in northern Mali. It will have to help to eradicate hunger and disease so that hundreds of thousands of refugees can return home. City councils and police stations also need to start functioning again. 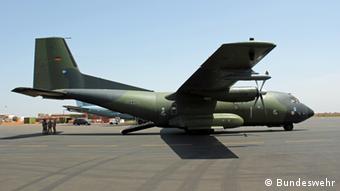 Up to 150 German soldiers will join the UN mission in Mali.

This mission will not be easy, says the German Defense Minister Thomas de Maiziere: "This can and will be difficult," he told the Bundestag, Germany's lower house of parliament. You shouldn't be expecting spectacular results right at the beginning of the mission. "Rather, we must soberly and realistically weigh up opportunities and risks," he said.

Last week the Bundestag approved the deployment of up to 150 German soldiers in support of the UN mission in Mali. However, the Germans will not take part in combat operations. Their contribution will mostly be logistical and include transporting soldiers and equipment. They will be also be engaged in maintenance and repair work, in the training of Malian troops and refuelling aircraft.

The main problem is that the roads in northern Mali are bad and still exposed to attack by rebels and criminal gangs. In addition, the UN force in Mali lacks runways for large transport aircraft. To supply UN personnel with the materials they need, small propeller aircraft and military helicopters have been drafted in from the UN peace mission in Liberia.

The cities of Gao and Timbuktu will be the headquarters of the mission. MINUSMA is regarded as one of the most difficult missions, logistically speaking, that the United Nations has ever undertaken. Apart from infrastructure problems, the UN troops also find it hard to use their communications equipment effectively because of the intense heat in some parts of northern Mali. 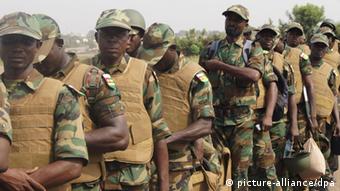 6,000 AFISMA soldiers will become part of the new UN mission in Mali

Preparations for the start of operations in Malian capital, Bamako are also underway but not yet complete, according Henner Papendieck, a German aid worker. "At the moment, the largest hotel in Bamako, Hotel Amitié, is actually being turned into a UN forces head office," Papendieck told DW. "Until the cables have been put down and the security is set up - it will take time," Papendieck said. He added that nothing should be expected until probably the fall, winter or even next summer.

Koenders is therefore calling on the international community to make more funds available as soon as possible so that his soldiers can start their work. This would include finding the money to supply the West African soldiers with better equipment.

In his meeting with the UN Security Council in New York Koenders praised the West African soldiers' courage and dedication. He added: "I once again extend my condolences to the families of soldiers who have lost their lives." It is a gesture that Koenders may well have to repeat. Even under the UN flag, the UN forces in Mali have the responsibility of securing peace in a country which is still far from peaceful.

The United Nations Security Council has given the green light for a peacekeeping force to be deployed to Mali. The force is expected to face an array of unprecented challenges, with sweltering desert heat among them. (25.06.2013)

Green light for elections in Mali?

At the end of July Malians will elect a new president. Yet the government is still not in full control of the northern part of the country. A deal signed with Tuareg rebels is expected to change that. (20.06.2013)

Malians: refugees in their own country

More than 447,000 people, mainly from the Tuareg ethnic group, have fled northern Mali to the south or to neighboring countries. After months of being on the run, some of them now want to return home. (19.06.2013)