Britain separated the Indian Ocean islands from Mauritius in 1965. The UK and the US both have major military bases on the largest island. 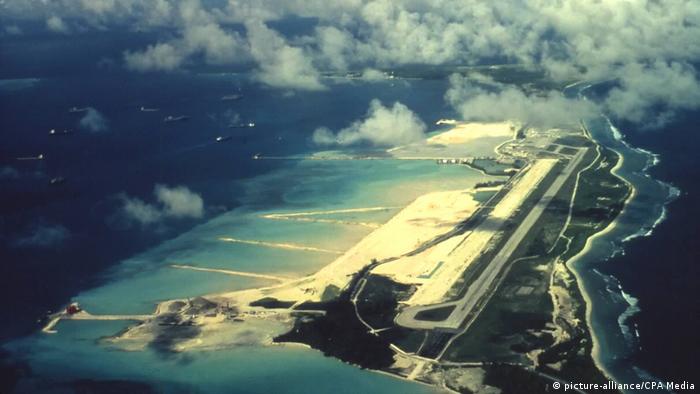 The United Nations General Assembly handed a resounding defeat to the UK on Wednesday, as a vast majority of member states voted that it hand back the disputed Chagos Islands to Mauritius within 6 months.

The remote archipelago in the Indian Ocean has been the source of tension for decades, after Britain separated it from Mauritius in 1965 and set up a military base along with the United States on the largest of the Chagos Islands, Diego Garcia.

A resolution to demand Britain hand the 14 islands back and "withdraw its colonial administration" was brought forward by several African nations.

Fifteen countries did not vote and 56 abstained — including the vast majority of Europe, with the exception of Spain, which voted in favor of Mauritius.

The vote came just three months after the International Court of Justice said in an opinion that Britain had acted illegally when it split the islands from Mauritius.

Both the ICJ and the UN decisions are not legally binding, but they are very damaging to Britain's credibility in continuing to hold the islands.

British UN Ambassador Karen Pierce had argued that the military base on Diego Garcia "plays a vital role in keeping allies and friends, including Mauritius, in the region and beyond safe and secure."

In 2016, the US signed a deal with the UK to extend its use of Diego Garcia until 2036. Several high-profile reports have suggested that the base was used by the CIA to torture suspects in the aftermath of the September 11 attacks.