The UK has said that islanders evicted from the Chagos archipelago to make way for a US military base may not go home. Chagossians have fought for decades to be allowed to return to the islands. 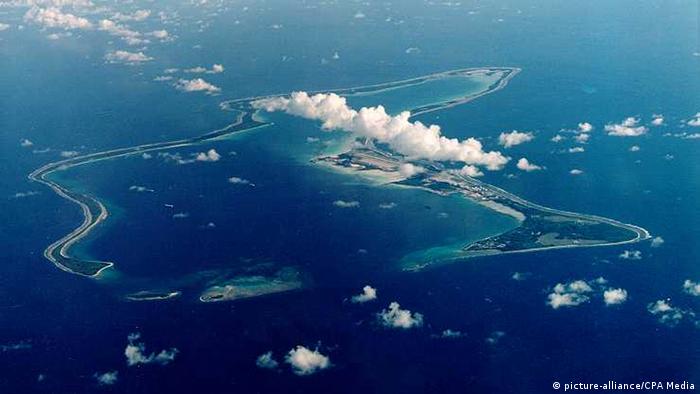 The British Foreign Office has said islanders expelled from the British-ruled Chagos archipelago 50 years ago to allow the US military to build a military base on the largest island of Diego Garcia will not be allowed to return, dashing the hopes of Chagossians who have fought a legal battle for decades.

In the decision announced on Wednesday, the government said it would continue to lease Diego Garcia to the US until 2036. It said the base was being used "in an increasingly dangerous world ... to combat some of the most difficult problems of the 21st century, including terrorism, international criminality, instability and piracy."

The statement said, however, that although the islanders could not return, Britain would support the livelihoods of Chagossians where they now lived, funding a package of around 40 million pounds (46.5 million euros, $50 million) over the next decade.

A program of visits back to the islands for native Chagossians would be included in the package, according to the statement.

When Britain allowed the United States to build the air and naval base on Diego Garcia during the Cold War, it removed the some 2,000 inhabitants to nearby Mauritius and the Seychelles. Many eventually moved to southern England and settled there. 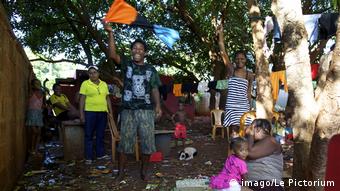 Wednesday's decision was condemned by supporters of the Chagossian cause, who have helped in a long, and ultimately unsuccessful, legal fight for the exiled residents to be able to return.

"It's another heartbreaking day for the Chagossian community, who have repeatedly been betrayed and abused by their own government," said Ben Fogle, a television presenter who is also a patron of the UK Chagos Support Association.

Poet Benjamin Zephaniah, another patron, called the decision an "injustice," describing it as "just another familiar scenario in a long and tragic episode of British foreign policy."

The decision by the UK government was preceded by a ruling by the European Court of Human Rights in 2012 that also definitively rejected the case of the exiled Chagos residents.

President of Mauritius Ameenah Gurib-Fakim tells DW how her island nation is preparing for the impact of climate change - and adjusting its own energy systems to try to prevent climate change from getting any worse. (01.07.2016)

The Indian Ocean nation has made a remarkable recovery from bankruptcy. The IMF says the current growth of the economy is largely due to an upswing in tourism and tuna fishing. (08.12.2015)