Food insecurity and vulnerability to natural disasters are becoming increasingly linked, according to the UN's latest World Risk Report. DW talks to one of the authors, Matthias Garschagen, about who is most at risk. 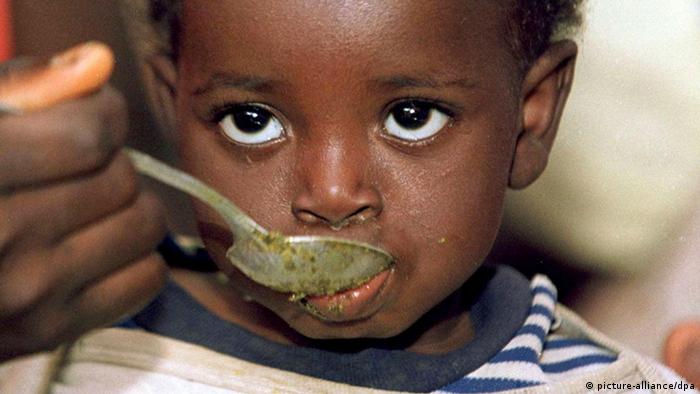 DW: What are the global hotspots for natural disasters listed in the 2015 World Risk Report?

Matthias Garschagen: In the report we assess risk with respect to disasters from natural hazards. The hotspots are sub-Saharan Africa on the one hand, and then parts of Asia on the other. Southeast Asia and southern Asia are also main hotspots.

In the World Risk Index there's a difference between risk to natural disasters and vulnerability. Can you explain what that entails?

You can have two countries facing comparable natural hazards, for example New Zealand and Haiti both had earthquakes of a similar strength, but the impacts from those earthquakes were very different. In the Haitian case there were up to 220,000 casualties. But in the Christchurch earthquake in New Zealand there were more than 100 casualties. This tells us that a natural hazard as such doesn't necessarily dictate the strength of the disaster. The strength of the disaster is rather defined by the inherent vulnerabilities in societies - how fragile and how susceptible is a society? This is for example in respect to overall nutrition levels, health levels, income, income disparities, building standards and other issues. And how well can a society cope if it faces a hazard? How can it respond through emergency systems, through firefighters, through hospitals and so on. 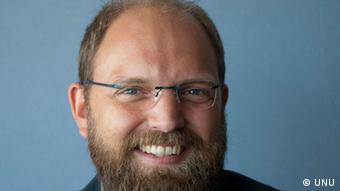 Is there an example of a poor country that has managed to improve its response to disaster risk?

In Latin America there are a number of countries that are comparatively poor by economic standards, but do very well in managing and responding to disasters. Cuba has a very effective disaster response mechanism to deal with cyclones and other hazards. Peru is also doing well.

What's their recipe, how do they manage to do that?

Both are influencing each other, so you can have a situation where you have a high disaster risk, where you have repeated disasters and this poses challenges to long term stable food production, food distribution, and therefore food security. If you have floods or typhoons that destroy harvests and granaries, then it becomes quite clear that this is a challenge to food security. Yet on the other hand malnutrition and hunger are major factors driving up vulnerability to disasters. For example, in disaster cases we see that children who are malnourished face a higher risk of suffering physical damage, and we see that societies with higher levels of malnutrition face graver impacts when natural hazards strike. 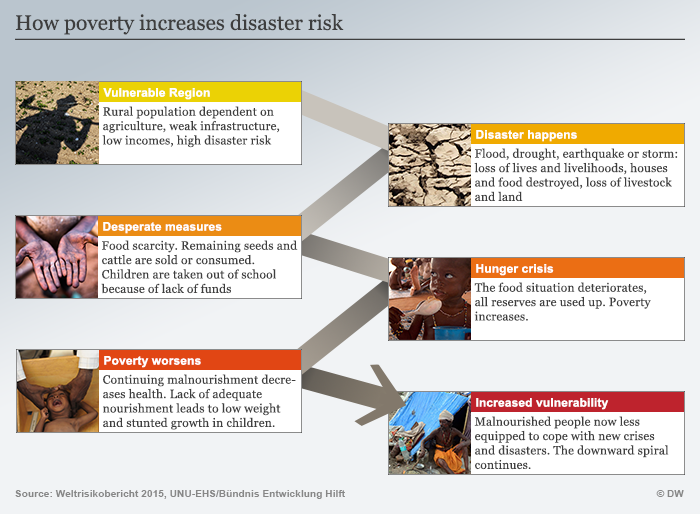 And of course vulnerable countries hit by natural hazards are less likely to be prepared for the next disaster...

Yes, this can be a downward spiral, as we call it in the report. If you take a look at what happened in Haiti after the large earthquake there, the food production system and the food distribution system, the trade system, all of this still isn't back on its feet. So if a second earthquake were to happen now, then the malnourishment in the population would of course increase the vulnerability.

What role should the international community play here?

We stress in the report that even in the year 2015 hunger and malnutrition are still important issues. We've dealt with these issues for decades now, but the report shows very clearly that we need to remind ourselves these problems are still there and are very important for reducing disaster risk. In order to have a long term agenda on disaster risk reduction, increased food security needs to be embedded into this as one central element. 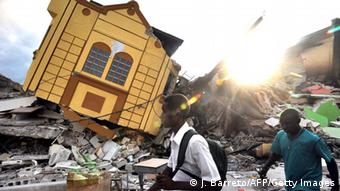 Tens of thousands of people were killed in the earthquake that struck Haiti on January 13, 2010

The world's population is projected to increase by at least 2 billion in the year 2050. At the same time experts warn that harvests are likely to decrease with climate change. So how can food security for a growing world population be achieved?

The main problem with food insecurity is not the quantity of food. That has usually been sufficient, just in mathematical terms, and it will be sufficient in the future. The main problem is distribution - a fair and just distribution to those who are in need of food. If you compare the current hunger situation globally to the situation three decades ago, we have had huge improvements…

…in some regions, but not in others. South Asia has become more hungry and some African countries as well…

Yes, but we have seen improvements in some regions. I would rather take East Asia and the vast improvements in China as an example. This is the largest improvement in food security that we've seen in humankind, and this went through improvements in the production system, in the distribution system and access to food. And I think there are many lessons from these improvements that we need to apply to those regions that are still facing hunger problems today.

Matthias Garschagen is the academic director of the 2015 World Risk Report. He is the head of Vulnerability Assessment, Risk Management and Adaptive Planning at the United Nations University's Institute for Environment and Human Security in Bonn, Germany.

This interview was conducted by Anke Rasper.

Vanuatu is the world's most at-risk country for natural hazards, according to a UN University WorldRiskIndex. And it's not just storms, earthquakes, volcanoes or tsunamis that are the Problem. (17.03.2015)

As Indian-controlled Kashmir reels from ravaging floods, India's disaster management authorities have come under fire yet again. Experts say that more efforts are required to minimize the impact of the future calamities. (22.09.2014)