Exposed: Why Vanuatu is the world′s most ′at-risk′ country for natural hazards | Science | In-depth reporting on science and technology | DW | 17.03.2015

Vanuatu is the world's most at-risk country for natural hazards, according to a UN University WorldRiskIndex. And it's not just storms, earthquakes, volcanoes or tsunamis that are the problem. 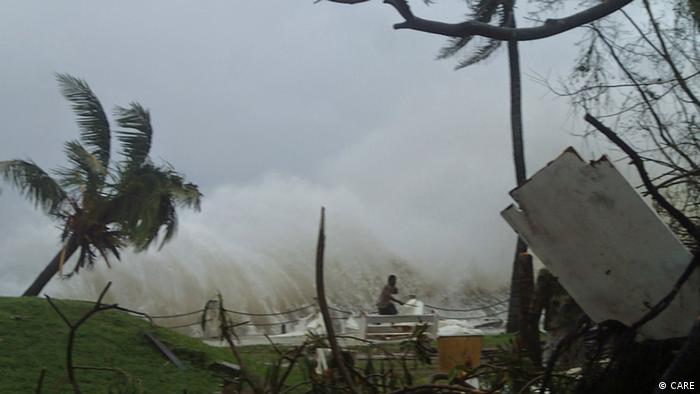 Some saw it coming: For four years running, Vanuatu has been ranked the world's most disaster-prone country in an annual WorldRiskReport published by the United Nations University's Institute for Environment and Human Security (UNU-EHS).

But just what is it that makes life on Vanuatu so dangerous?

Name a natural hazard, and Vanuatu likely knows it. In a country of roughly 250,000 people, earthquakes place on average 90,000 per year at risk.

Then again, what's "yearly risk" with regard to rising sea levels or (infrequent) earthquakes?

The exposure figure is an average: A quake affecting a million people once a decade places 100,000 per year "at risk." The same holds true for storms. Future rising sea levels of one meter will put about 30,000 people at risk. 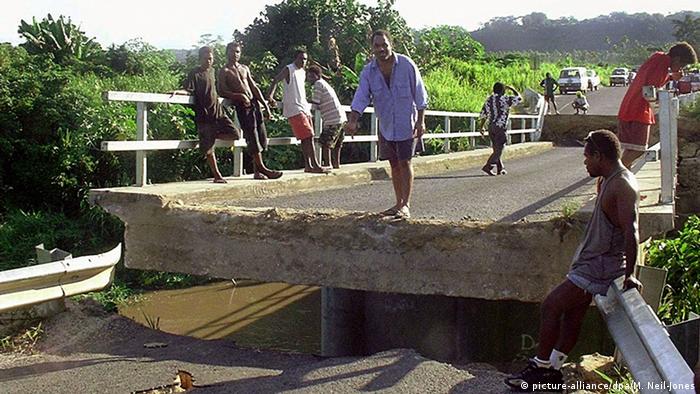 Destruction from a 7.4 Vanuatu earthquake in 2002 for which no official death toll was ever published

This means 64 percent of Vanuatu's citizens are exposed to natural hazards every year. It's significant in that nearby Tonga comes in at just 55 percent and that both volcanoes and tsunamis - risk factors for both countries - were not in the global analysis.

"Vanuatu is unique," said the scientific head of the WorldRiskIndex, Professor Jörn Birkmann, in an interview with DW.

Storms affect the small island nation far differently than, say, Indonesia, the Philippines or US.

"You might have Hurricane Sandy going through the east coast, but the other parts of the country are not exposed," Birkmann says.

When a storm hits tiny Vanuatu, the entire country is affected - including the capital. 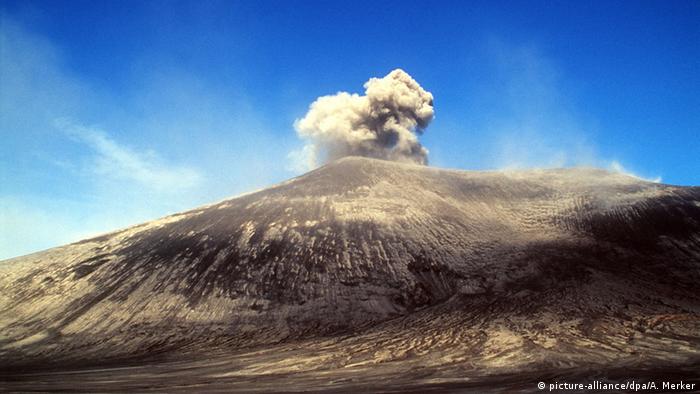 This is another way of saying, "Will relief efforts actually get to the people who need them?"

First, this reflects a government's inability to help citizens in distress. Second, it's a deeper problem of corruption and poor governance. 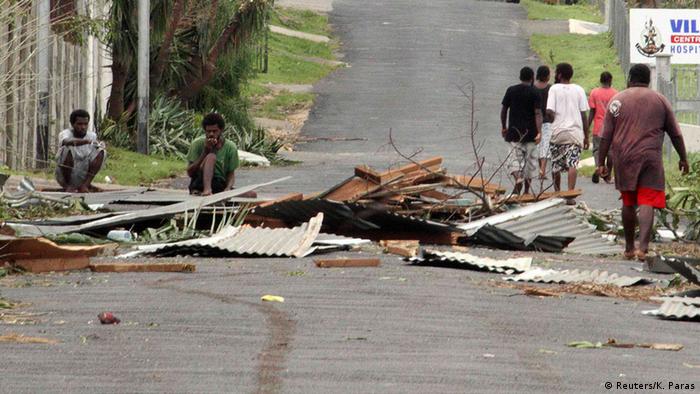 For example, the UNU-EHS' index bases its numbers on data in the Failed State Index by the US-based Fund For Peace, as well as the Corruption Perception Index by Transparency International.

One of point of comparison: Manila was better able to "cope" with Typhoon Haiyan since the Philippine capital was not struck severely by the storm. Porta Vila, Vanuatu, however, was struck as fiercely as its outlying islands.

Helicopters were unable to conduct immediate search and rescue operations on its 65 inhabited islands.

"This might sound high - it's more than half - but here in northern countries you have 98, 99 percent. Or compare it to the Philippines, and problems with Typhoon Haiyan, where access to sanitation is still much higher at 74 percent. So Vanuatu has severe deficits and challenges," he says.

Other contributing factors: Roughly ten percent of the country lives in extreme poverty, with eight percent of people chronically undernourished.

"Usually the Red Cross looks at a months-long recovery process. But for us it was important to look ahead, 50 years, at the capacity to change," says Birkmann.

Factors include adult literacy rates, school enrollment, gender equality, investment, public health expenditures, life expectancy, and others. Importantly, it also includes a factor which some countries can change, but Vanuatu mostly cannot: Where its citizens live.

"In the US or UK you could prohibit construction in flood areas. But here, you don't have too many places that are not exposed to hazards," Birkmann says. 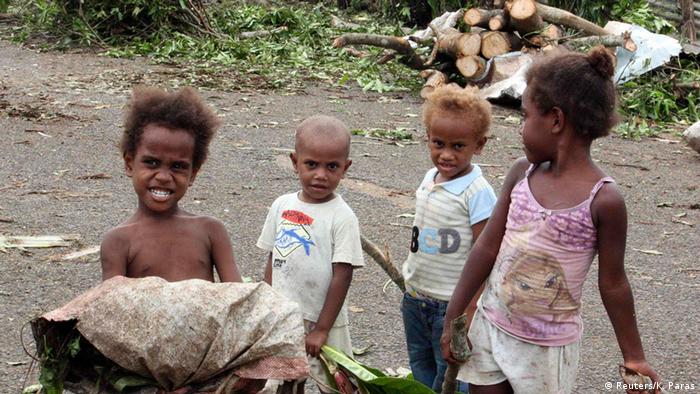 The chances they will go through this again are high

To arrive at Vanuatu's overall WorldRiskIndex number of 36.5 percentage points, the UN University researchers took the number of citizens potentially exposed to natural hazards and multiplied it by an overall "vulnerability" - an average based on susceptibility, lack of coping capacities and a lack of adaptive capacities.

Birkmann cites Japan as an example.

"Japan is highly exposed with the number of people exposed to earthquakes, but disaster risk is lower due to a higher level of preparedness with regard to building codes and infrastructure there," he says. "The question of whether an extreme impact is a catastrophe heavily depends on the vulnerability."

Jörn Birkmann is the scientific head of the WorldRiskIndex and director of the University of Stuttgart's Institute of Spatial and Regional Planning. He has just returned from the World Conference on Disaster Risk Reduction in Sendai, Japan (14-18 March) - at which the president of Vanuatu, H.E. Baldwin Lonsdale, appealed for international help after Cyclone Pam.

As recovery efforts gain pace in Vanuatu after Cyclone Pam tore across the archipelago, there are lessons to be learned about disaster preparedness and the welfare of women. Jack Fisher reports from Sydney. (16.03.2015)

Vanuatu struggling to determine scale of devastation after Cyclone Pam

Officials in Vanuatu are struggling to assess the scale of devastation after Cyclone Pam slammed into the remote archipelago over the weekend. Aid agencies warn it could take days to distribute urgently needed supplies. (16.03.2015)