UN member states have approved a resolution condemning Russia's occupation of Crimea and calling for rights monitors to be allowed onto the peninsula. Ukraine says there's been a rise in abuses against local residents. 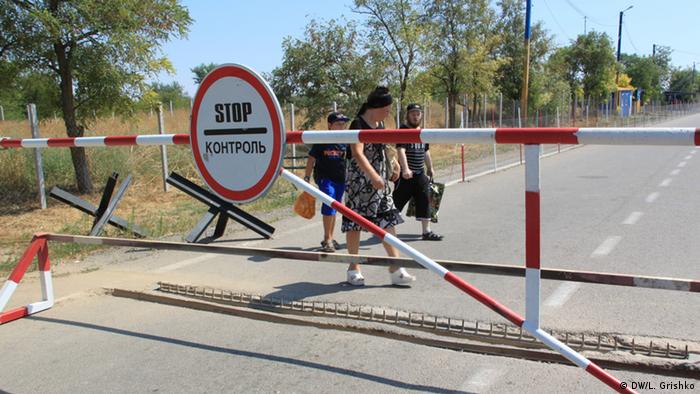 Two years after annexing Crimea, Russia is setting its sights on the Tatars that live there. Their representative body, the Mejlis, has now been outlawed. Protests from Ukraine and Strasbourg are being ignored. (21.04.2016)

The EU has added six Crimea lawmakers to its blacklist for supporting Russia's seizure of the peninsula in 2014. The bloc does not consider Crimea as part of Russia and refuses to recognize September's election result. (09.11.2016)

Electricity cables cut, no trade between Ukraine proper and the Crimean Peninsula, no gas supply: Once again Ukraine and Russia seem headed for confrontation. The US and Europe fear for the future of the Minsk Protocol. (01.12.2015)

The UN General Assembly's human rights committee backed the Ukraine-drafted resolution by 73 votes to 23 with 76 abstentions.

The document reaffirms the UN's commitment to Ukraine's sovereignty over Crimea and urges Russia to immediately end all abuses against the Black Sea territory's residents, including "arbitrary detentions, torture and other cruel, inhumane or degrading treatment, and to revoke all discriminatory legislation."

Moscow annexed Crimea in March 2014 after months of protests in Kyiv led to the ouster of the former Moscow-friendly president, Viktor Yanukovich. One month later, pro-Russian separatists launched an insurgency in eastern Ukraine.

Ahead of the vote, Russia urged the committee to reject the resolution, calling it "politically motivated." China, Iran, India, Syria, South Africa, Kazakhstan, Serbia and North Korea joined Russia in voting against the text, but it was ultimately approved with backing from the United States, France and Britain. The resolution is expected to be formally adopted by a similar vote before the full 193-member assembly next month.

Human rights groups have voiced concern over the repression of Crimea's Muslim Tatar minority and the erosion of freedom of expression in the Black Sea territory over the past two years. Local authorities have barred at least two Crimean Tatar leaders from entering the peninsula, shut down Crimean Tatar media outlets, and prohibited peaceful gatherings.

The draft resolution condemns discrimination against the ethnic group and calls on Russia to revoke a decision to ban the Crimean Tatar's self-governing body, and to allow cultural and religious institutions to reopen.

Ukraine's Deputy Foreign Minister Sergiy Kyslytsya told the committee that the resolution's main goal "is to ensure that Russia fully complies with its obligations as an occupying power."

Russian foreign ministry official Anatoly Viktorov called the draft one-sided. "It completely ignores the negative impact that the actions of Ukrainian authorities have had on the residents of Crimea," he said, adding that the people of Crimea "chose to vote in a historic referendum to reunite with Russia."

A UN monitoring mission on human rights set up in Ukraine in 2014 has not yet been allowed to enter Crimea. The text of the resolution also urged Russia to be more cooperative on that front.