The UN Security Council has failed to agree on a British draft resolution authorizing military force in Syria, which Russia called premature. Critics in the UK warn against a repeat of the unauthorized invasion of Iraq. 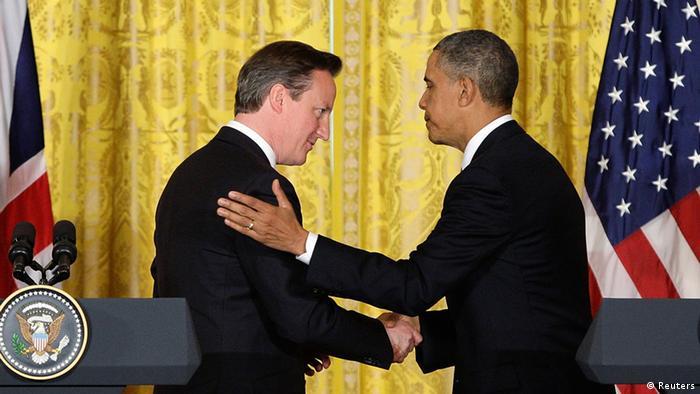 Russian and Chinese opposition means a military strike against President Bashar al-Assad's Syrian government is unlikely to happen with UN backing. Yet throughout this crisis, Washington has been able to rely on the support of the British government.

The extent of this support became clear this week, as British Prime Minister David Cameron broke off his summer holidays, returned to London and declared "the world shouldn't stand idly by" as chemical weapons were apparently used against Syria's opposition and civilian population. 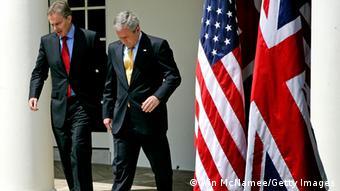 Critics warn of a return of the Bush/Blair era

Cameron recalled parliament early to vote on Thursday on what the government calls a punitive military strike against the Syrian leadership. Back in 2003, then Prime Minister Tony Blair did the same to get approval of military action against Saddam Hussain's Iraq, in the absence of a UN resolution supporting such action.

"I suspect [Cameron] has the same muscular internationalist reactions as Blair did," Paul Schulte at the Centre for Defense Studies at King's College in London told DW.

Schulte previously worked as a UN disarmament commissioner in Iraq.

"It's about saying that world order can be molded, decisive countries can make a difference and Britain should be one of those countries and should join in that effort to affect the evolution of international norms - at least stop them falling back," he continued.

"You might think that's arrogant, but it's quite a widespread attitude in the British political class."

The so-called special relationship between the UK and US has seen prime ministers from Winston Churchill to Tony Blair - and now David Cameron - back Washington in conflicts including World War II, the Korean War, the Gulf War and the invasions of Iraq and Afghanistan.

Britain is the only country besides the US with the capacity to launch long-range Tomahawk cruise missiles at targets up to 2,500 kilometers away. A British nuclear submarine carrying such weapons is thought to be in the Mediterranean, ready to take part in a strike against Syria alongside US warships elsewhere in the region. 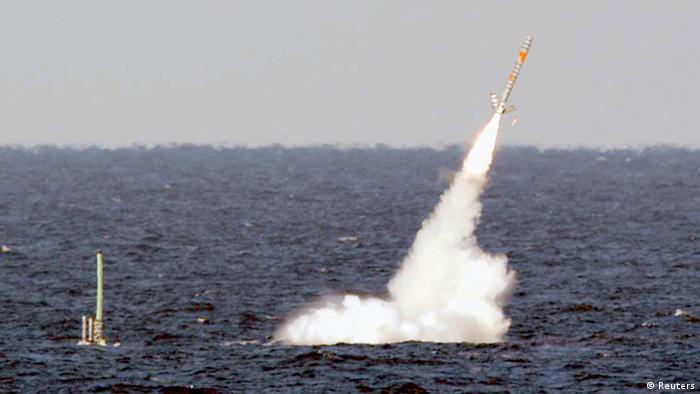 But there is little popular support in the UK for further military intervention in the Middle East, no matter how limited Cameron says a strike on Assad's Syria would be.

A demonstration was planned outside Downing Street for late Wednesday in protest against the planned military action.

"Britain is trying to carve out a role for itself as being an attack dog for the Western powers," Chris Nineham from the organizers Stop the War Coalition told DW. 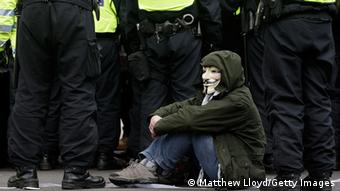 Protesters are looking to set up shop on Downing Street

Nineham was one of the main leaders of the 2003 anti-war protest against the invasion of Iraq, which saw more than 6 million people take to the streets across some 60 countries.

"This is a direct continuation of the policy that was first forged by Tony Blair around Iraq. And it's absolutely incredible that the British establishment has learnt nothing from that experience," he said.

An opinion poll this week showed half of Brits were against any military action against Syria - including a limited strike in response to the alleged chemical attacks. Only a quarter said they would support such action.

Earlier Wednesday, Cameron had said he would put forth a resolution "authorizing necessary measures to protect civilians" to a meeting of the five permanent members of the UN Security Council. "We've always said we want the UN Security Council to live up to its responsibilities on Syria. Today they have an opportunity to do that," Cameron said in a message on Twitter.

But critics warn against so-called mission creep, which could see the UK and US embroiled in wider military action if an initial strike did not have the intended effect on Assad's regime.

Paul Schulte at King's College in London believes Cameron is very aware of the lack of public appetite for wider military involvement in Syria, just as British troops are beginning to pull out of Afghanistan.

"And I think his own military would have made clear people are exhausted, equipment is worn out. A full war in Syria would be something the military would oppose as well," Schulte told DW. 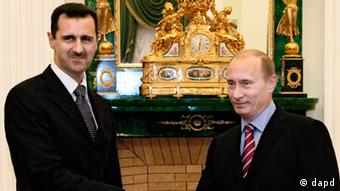 Former British military chiefs have also spoken out against UK military involvement in Syria this week.

"I'm very wary of military action, even if it is a limited missile strike," former head of the British Royal Navy, Admiral Lord Alan West, told the Daily Mail newspaper.

"Where will it lead? What if Assad says: 'Get lost,' and uses chemical weapons again? Are we going to escalate military action?"

Another former senior naval officer, Rear Admiral Chris Parry, argued the UK and US should focus on diplomatic pressure rather than act as the world's policemen once again.

"More responsibility needs to be thrown at Russia and China," said Parry.

Deployment options for 'coalition of the willing'

As evidence mounts that the Syrian army allegedly used chemical weapons against its own people, the United States, the United Kingdom and France are preparing a punitive military measures. (29.08.2013)

'Terrorists and Islamists:' This is how state-controlled Russian media refer to the opposition in Syria. And in return: President Bashar al-Assad has openly thanked Putin for his support. (28.08.2013)