Russia defends Syria with vigor | World | Breaking news and perspectives from around the globe | DW | 28.08.2013

'Terrorists and Islamists:' This is how state-controlled Russian media refer to the opposition in Syria. And in return: President Bashar al-Assad has openly thanked Putin for his support. 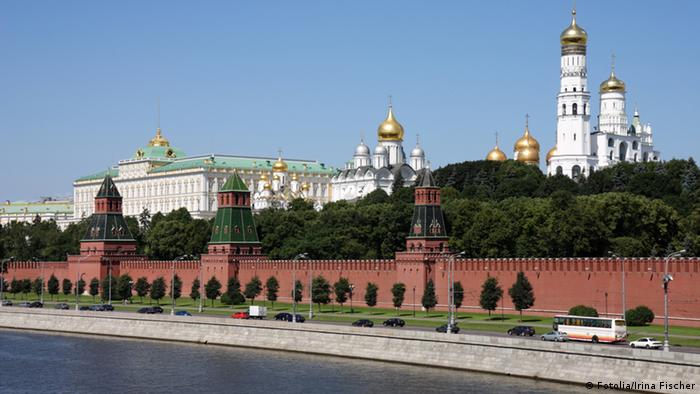 For more than two and a half years, Russia - alongside China - has torpedoed all of the UN Security Council's attempts to impose tougher sanctions against the Assad regime in Syria. Russia and Iran are supplying Assad's army with weapons in a battle against his own people. Even last week's allegations of chemical weapons use in an attack near Damascus have not altered Russia's stance.

Just hours after those allegations emerged, the Russian Foreign Ministry issued a statement about the event via Interfax: "In the early morning of August 21, the insurgents' positions were attacked using a homemade rocket containing an - as yet - unidentified poisonous chemical substance. This leads to the conclusion that we are again dealing with a planned provocation." 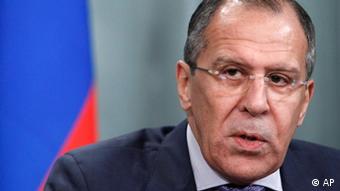 At a press conference on August 26 called by Russian Foreign Minister Sergey Lavrov, the Kremlin's top diplomat said: "There is hysteria surrounding the reports that the government used chemical weapons." There had even been threats of military force against the Assad regime, he said, adding that Washington, London and Paris had spoken of "irrefutable evidence" that the Syrian government had used chemical weapons: "But they have thus far failed to provide any proof of this. And nevertheless the [Western powers] speak of lines being overstepped, and how we shouldn't hesitate [to take action]."

Sharp criticism of the US

A political analyst close to the Kremlin accused the US and its allies of harboring "dishonest intentions." And Fyodor Lukyanov, editor-in-chief of the journal Russia in Global Affairs was quoted in the daily Kommersant as saying: "Bashar al-Assad and his generals would have to be crazy to use chemical weapons against their own people right now … For the opposition, on the other hand, who have had no measurable success, the chemical weapons scandal comes at an opportune time. It is hardly conceivable that the international community will declare Assad's opponents guilty."

Alexei Pushkov, chairman of the Duma's foreign affairs committee, said on Rossiya 24 television that the United States was "standing on the brink of war."

"They have declared Assad guilty before the results of the UN inspectors are revealed," Pushkov said. "That means the Americans will only accept a guilty verdict."

"The provocations of Syria will follow in the Iraqi pattern: false reports of weapons of mass destruction. The war against Syria will follow the Libyan scenario: bombardments and support for the rebels," Markov said. "Our western counterparts have no moral reservations when it comes to their interests." 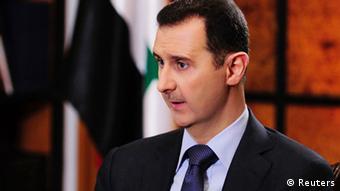 Assad has openly thanked the Kremlin for its support

There are numerous treaties and agreements that connect Russia and Syria. In an exclusive interview with the pro-Kremlin newspaper Izvestia, Assad praised Moscow for its compliance with those agreements. The president praised the common destiny of the Russian and Syrian people. The interview clearly highlighted how the official positions of pro-Kremlin Russian authorities align with those of Assad, even echoing certain phrases and arguments. For example, Assad referred to all opposition forces in Syria as "terrorists." He also accused the US and its allies of having "dishonest intentions."

"After the fall of the USSR, the United States believed that Russia was destroyed forever," said Assad. But since Vladimir Putin has been in power, Russia has been gaining strength, consistently defending its positions, he went on. "The US objective was to diminish the role of Russia in the world, even with regard to Syria.

"Russia defends the principles that it has pursued for at least the past 100 years. These are the principles of sovereignty and non-interference in the internal affairs of other nations," Assad concluded in the Izvestia interview.

As the British government holds close talks with Washington on military intervention in Syria, critics in the UK are warning of a repeat of the 2003 non-UN sanctioned Iraq invasion led by the two Western powers. (28.08.2013)

Germany's Western allies are openly considering a military strike against Syria. But Berlin's Syria policy is focused on humanitarian aid and the search for a political solution. (28.08.2013)