Ukraine′s war raises concern over possible ′small number of voters′ | Europe| News and current affairs from around the continent | DW | 26.10.2014

With huge a huge military presence in parts of the country, Ukraine is holding its first election in wartime. Observer Tana de Zulueta tells DW about the effects this will have on the poll. 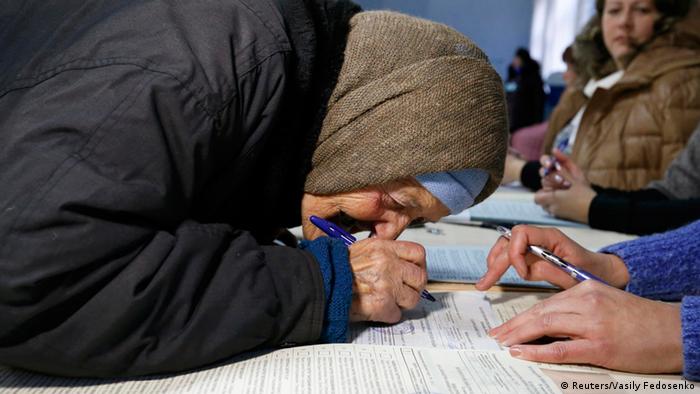 DW: For the first time Ukraine is holding elections during a war. How does that affect the poll?

Tana de Zulueta: In terms of the voters directly affected by the conflict in the east of Ukraine, we are talking of 3.2 million people, whose possibility of voting is in doubt. In Crimea this figure is 1.8 million people. There will be a number of empty seats in the future Ukrainian parliament: 12 from Crimea and about as many from Luhansk and Donetsk.

With more than three million people not voting in the east of Ukraine alone, how does this distort the will of the Ukrainian people as to the election results?

Our mandate does not extend to judging of the legitimacy of an election. For us, the big issue is the right to vote. We have tried to follow the question of the internally displaced people. The authorities have the estimated figure of 400,000 but it is assumed to be higher. We do know that a little more than 30,000 of these people have registered to vote.

Why is the figure so small?

We have been told by those people that voting is the last of their concerns, because they are facing survival challenges. Even in the areas of Donetsk and Luhansk regions, where voting will take place, we have received expressions of concern from the parties running. They would like full observation to take place. But this is unlikely to be possible, because of security reasons. We hope to have some limited observation, but judging by the previous presidential elections we were not able to be present for the count because of security reasons. It's dangerous to move after dark.

Some areas in the east of Ukraine were previously under control of the separatists. There's a huge presence of Ukrainian military there now. What does this mean for the election process? Is there any pressure on voters?

This is one of the issues that has been flagged to us and it would be good to have information about it. We have no direct information, but we were able to take note of the presence not only of the military, but volunteer battalions. Some of them are actual political actors - they have candidates from their ranks, running in those very constituencies in which they are deployed. The government passed an order that the battalions would not participate in ensuring any phase of the election process - neither transportation of the ballots, nor securing the vicinity of the polling station.

There has been a lot of criticism in Ukraine of the old election law, which the parliament failed to change. Half of the parliament will now be elected on party lists, the rest in single mandate districts. There were fears of corruption and buying of votes. Do you have any evidence of that happening? 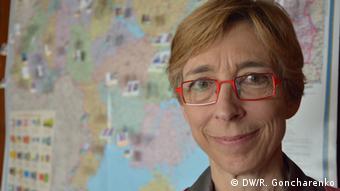 Suspicions in Ukrainian media are high. There have been a number of criminal proceedings opened for vote buying. In an attempt to respond to this challenge parliament modified the election law, increasing criminal sanctions for election related offences. In the parliamentary election 2012 it was so large scale that we had to have a number of reruns.

What else has changed?

We have far fewer reports of the misuse of administrative resources. As an issue of major concern, this has largely disappeared. The media landscape remains lively, but we are still in a media environment, where large scale business is heavily involved. And they have been heavily involved in the political contest, supporting candidates - to the extent that independent reporting becomes a scarce commodity. In some situations, political actors with a lot of financial resources are able to buy large quantities of advertising time. Three parties have occupied over 60 percent of available advertising airtime. Most of them are considered favorites, but not all.

What about the opposition - do they have fair chances of winning?

They are supported by some significant media, but they lament that they are not getting equal access. Their actual source of concern is intimidation and destruction of campaign material, pressure on campaign staff. In some regions, the campaign has become quite tough with episodes of burning campaign material; there has been a number of documented attacks on former parties that were in government.

Can this affect the results of the elections?

It is hard to tell at this stage. Such episodes have increased in frequency as we approach[ed] election day. They now involve candidates of nearly all parties. This is one of the indirect impacts of this long run conflict, widespread presence of weapons and ammunition. And feelings are running high.

What about the risk of election results being falsified - something which was a concern in the previous years?

Some of the opposition parties have concerns about what could happen in the "far east" of Ukraine. Take, for example, the fact that we have district election commissions in which a very limited number of polling stations actually open. This means that the outcome could be decided by a small number of voters. This is raising concerns.

It is hard to tell.

Ukrainians are preparing to go to the polls in snap elections that are expected to dramatically change the make-up of the country's parliament. Polls put incumbent President Petro Poroshenko's bloc in the lead. (25.10.2014)