Twenty years ago, Ukraine gave up its nuclear weapons in exchange for security guarantees from Russia and the West. Today Kyiv feels betrayed - and not merely by Moscow. 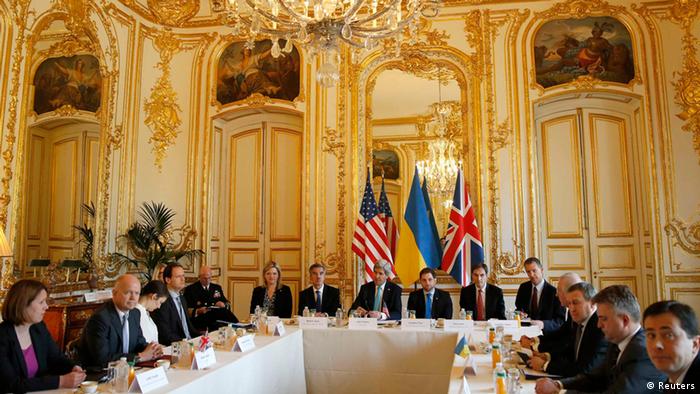 Until recently, the existence of a decades-old Ukraine security guarantee was known only by security experts and some politicians.

But ever since the Russian annexation of Crimea, Ukraine is now, more than ever recalling that so-called Budapest Memorandum.

The document was signed on 5 December, 1994 at the summit of the Organization for Security and Cooperation in Europe (OSCE). In it, Ukraine, a nuclear power at that time, voluntarily gave up its nuclear weapons in exchange for security guarantees.

The US, Great Britain and Russia welcomed the decision of the Kyiv regime to accede to the non-proliferation agreement and pledged, among other things, to respect the independence and "existing borders" of Ukraine.

The Soviet Union, Belarus and Kazakhstan signed similar memoranda on the same day.

Twenty years ago, the Budapest Memorandum marked the end of many years of negotiations between the successor states of the Soviet Union and leading Western nuclear powers. Ukraine had a special place in the talks.

After the collapse of the USSR in 1991, the eastern European country inherited 176 strategic and more than 2,500 tactical nuclear missiles. Ukraine at that point had the third-largest arsenal of nuclear weapons in the world after the United States and Russia.

But Leonid Kravchuk, then the president of Ukraine, told DW that was only formally the case. De facto, Kyiv was powerless.

"All the control systems were in Russia. The so-called black suitcase with the start button, that was with Russian president Boris Yeltsin."

"It would have cost us $65 billion (53 billion euros), and the state coffers were empty," Kravchuk said.

Additionally, the West threatened Ukraine with isolation since the missiles were supposedly aimed at the United States. Therefore, "the only possible decision" was to give up the weapons, according to Kravchuk.

The Ukrainian missiles were either transported to Russia or destroyed. As compensation, the regime in Kyiv received financial assistance from the United States, cheap energy supplies from Russia, and security guarantees that were enshrined in the Budapest Memorandum.

After the collapse of the Soviet Union, Ukraine inherited thousands of nuclear missiles

Admittedly, these guarantees were only a formality, since no sanctions mechanisms had been established at the time.

"Nowhere does it say that if a country violates this memorandum, that the others will attack militarily," said Gerhard Simon, Eastern Europe expert at the University of Cologne.

German journalist and Ukraine expert Winfried Schneider-Deters agrees, telling DW, "The agreement is not worth the paper on which it was written."

As recently as August, however, Kyiv was still requesting negotiations with the signatory states based on the agreement - without success.

Ukraine's foreign ministry spokesman said that Russia's answer was that there was no reason for negotiations. Moscow, as early as a few weeks after the Crimea annexation in March, had rejected all accusations from Kyiv. The "exit of Crimea from Ukraine" is the result of "complex international processes," Russian officials said. According to Moscow, this is unrelated to Russia's obligations under the Budapest Memorandum.

The USA also denies that it has not fulfilled its obligations. "The Budapest Memorandum was not an agreement on security guarantees," said US ambassador Geoffrey Pyatt in Kyiv in May. It was an agreement to respect the sovereignty and territorial integrity of Ukraine.

Both Ukraine's sovereignty and territorial integrity have been violated.#

The Budapest Memorandum, in other words, was respected by neither the Russians nor the West in the case of Crimea. 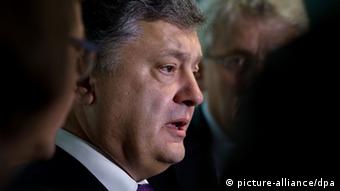 Ukraine is holding firm, however, to the Budapest Memorandum. President Petro Poroshenko emphasized as much at the end of November in an interview with German public broadcaster ARD, and earlier, he had also said his country was striving for a successor agreement.

"An agreement only makes sense if Russia would be involved and willing to guarantee Ukraine security," Simon said. He thinks that is unlikely.

"Should the West sign such an agreement, it would be a small accession to NATO, even if not formally," Simon said.

He fears that neither the US, Great Britain or any other country would be ready for that. The Budapest Memorandum is "dead." Nor is a new agreement in sight. Ukraine, then, is left on its own.

Schneider-Deters believes Ukraine should not aim for a successor agreement. Instead, it should build up its own defense.

"I believe that the Ukrainians can build up a deterrence capability," Schneider-Deters said. That is better than "security guarantees that are not met in reality."

President Vladimir Putin has signaled that Russia intends to stay in "sacred" Crimea, part of Ukraine annexed in March. And he's blamed "risky" judgements by Western powers for what he calls the "tragedy" in Ukraine. (04.12.2014)

The European security watchdog, the OSCE, says Ukraine and pro-Russian rebels have agreed 'in principle' on a ceasefire in the Luhansk region. A months-old ceasefire has been frequently broken. (02.12.2014)