The European security watchdog, the OSCE, says Ukraine and pro-Russian rebels have agreed 'in principle' on a ceasefire in the Luhansk region. A months-old ceasefire has been frequently broken. 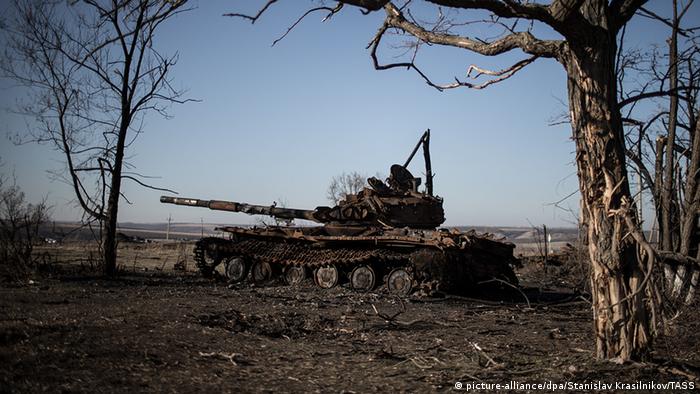 The government in Kyiv and pro-Russian separatists agreed to a ceasefire in the eastern war-torn region of Luhansk in Ukraine, the Organization for Security and Cooperation in Europe said in a statement released late on Monday.

"All agreed in principle to a total ceasefire along the entire line of contact between Ukrainian Armed Forces and those under control of the (Luhansk People's Republic), to be effective from 5 December," the OSCE said.

"They also agreed that the withdrawal of heavy weapons would start on 6 December."

A fragile truce signed between Ukraine and the separatist rebels in Minsk in September helped reduce some of the bloodiest fighting but fighting has continued since then. The UN said in late November that almost 1,000 people had died since that truce was signed, and more than 4,300 since fighting began in April.

Heavy battles now rage around the devastated airport in the main rebel-held city of Donetsk. Ukraine's military said on Monday that a temporary truce had been declared, but it is unclear whether it is holding up.

NATO chief Jens Stoltenberg on Monday accused Russia of violating the Minsk ceasfire, by sending large deliveries of weapons to the pro-Moscow separatists - charges the Kremlin has always denied.