Ukraine war: The role of the Orthodox churches 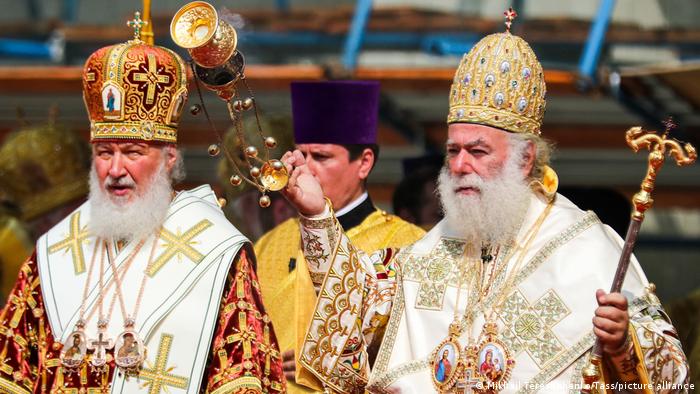 Patriarch Kyrill (left) has publicly given his support to the war

Russia's war of aggression against Ukraine is driving a wedge into the Orthodox Church. While the head of the Russian Orthodox Church, Patriarch Kirill, has justified the war in Moscow, it has been condemned in the Ukrainian Orthodox churches, as well as by some priests in Russia.

"The Moscow Patriarchate had been silent about the war for a long time," explains Thomas Bremer in a video interview with DW. The professor of ecumenical theology, eastern European church studies and peace research at the University of Münster adds that this position has now changed with Patriarch Kirill, who presents Vladimir Putin's war as a legitimate resistance to Western values in his sermons in Moscow.

"He bases this on gay pride parades," explains Bremer, "which he claims were intended to be imposed on the Donbass."

In keeping with Putin's line and in accordance with the president's ban on reporting on the war or even calling it as such, the patriarch also did not use the word "war" for the invasion of Ukraine but spoke of "events" and "military actions." 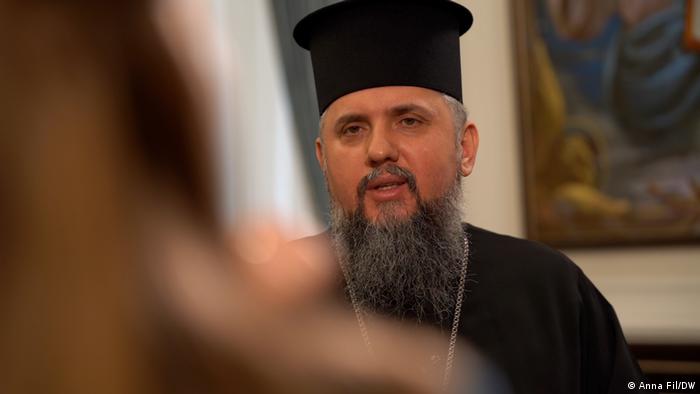 While the Russian Orthodox Church is the primary church in Russia, Ukraine is characterized by religious diversity. Orthodox Christianity has had a turbulent history in Ukraine, especially since Ukrainian independence from the Soviet Union in 1991.

Currently, two Orthodox churches exist in Ukraine. One is the independent Orthodox Church of Ukraine (OKU), led by Metropolitan Epiphanius. This church was recognized by Bartholomew I in Istanbul, who is considered the "spiritual leader" of the approximately 260 million Orthodox Christians worldwide.

What is the position of the Orthodox churches in Ukraine?

Each of the two Orthodox churches in Ukraine has referred to the "war" by name and condemned it emphatically, Bremer said in an interview with DW. He added that while the OKU's reaction was to be expected anyway, even the patriarch of the UOK, which is after all a part of the Russian Orthodox Church, had spoken of an "invasion" of Ukraine on the very first day of the war and called on Putin to end it.

"The synod of the Ukrainian Orthodox Church even called on the patriarch in Moscow to use his influence on Putin and work for peace," Bremer notes. "But that was left out of the coverage in Russia. The horrors of war are not visible there at all."

Will there be a split in the church?

According to Bremer, the Moscow patriarch's failure to speak out for peace has led to many bishops of the UOK in Ukraine giving instructions to stop mentioning his name in prayer, as is customary. Even in northeastern Ukraine, on the Russian border, that is the case, he says. "In the church, this shows a great movement away from Moscow," Bremer analyzes. The Moscow patriarch has lost the trust of his brethren in Ukraine — and with it many practicing believers in the country, he said. He explained that about 12,000 of 38,000 parishes of the Russian Orthodox Church are in Ukraine and are part of the UOK: that is, almost one-third. 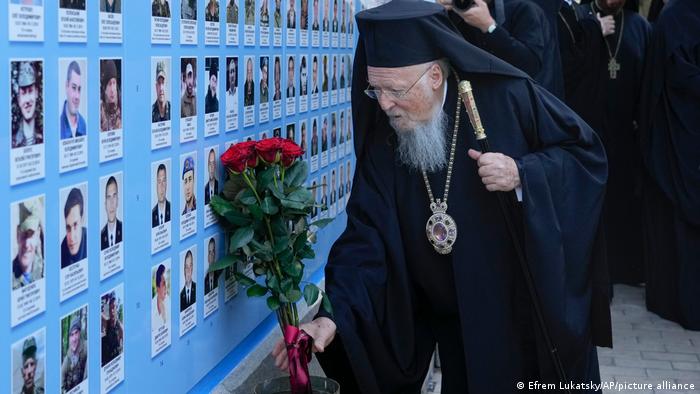 In early March, Russian Orthodox clergy and priests published an open letter calling for an end to the war. Written in Russian, the letter reads: "We, the priests and deacons of the Russian Orthodox Church, appeal on our own behalf to all in whose name the fratricidal war in Ukraine will end and call for reconciliation and an immediate ceasefire."

They spoke of the "ordeal to which our brothers and sisters in Ukraine are undeservedly subjected" and referring to the future added, "We are saddened to think of the gulf that our children and grandchildren in Russia and Ukraine will have to bridge to become friends again, to respect and love one another." As of March 8, 2022, 286 priests and deacons have signed the letter.

"This is very courageous," Bremer says of these clerics, who make up a relatively small group out of around 36,000 priests in the Russian Orthodox Church. But they are now being subjected to reprisals and persecution by the Russian authorities and the Federal Secret Service (FSB), Bremer adds.

'Russian Orthodox' as a cultural identity

Professing to being part of the Orthodox Church in Russia can be both a religious as well as cultural affiliation. "There are people in Russia who call themselves Orthodox, but at the same time say they don't believe in God," Bremer explains. "This is also a matter of identity."

Orthodox Christianity is historically closely linked to Russia, the theologian elaborates, and Vladimir Putin is taking advantage of that. In a speech justifying "military actions" in Ukraine, for example, he even referred to the religious dimension when he falsely spoke of Russian Orthodox church members being persecuted in Ukraine.

Both Orthodox churches in Ukraine have rejected this narrative. What impact the war would have on the Orthodox Church, Bremer said, would depend on its further course — and who would win the war. Should Russia take Ukraine, it would mean the end of the independent Ukrainian Orthodox Churches (UOK), he predicts.

But the Russian Orthodox Church would already have lost many believers in Ukraine, and perhaps also some in Russia.