Protesters have blocked roads in Montenegro as the Serbian Orthodox Church prepares to inaugurate Montenegro's next top cleric. They reportedly threw stones at police, shouting: "This is not Serbia." 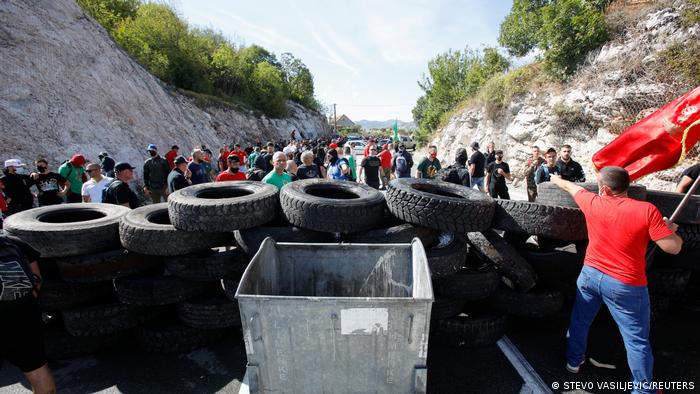 Police fired tear gas and began to take down barricades Sunday in Cetinje, Montenegro ahead of the inauguration of the new leader of the Serbian Orthodox Church in the country.

Sunday's planned ceremony in the historic Montenegrin city of Cetinje has infuriated opponents of the Serbian church. Jasmin Mujanovic, an expert in Southeast European affairs, posted some videos of the clashes on Twitter.

The small Balkan nation declared independence from neighboring Serbia in 2006, but some Montenegrins remain divided over their country's relations with Serbia and the Serbian Orthodox church — Montenegro's dominant religious institution. Around 30% of Montenegro's population consider themselves Serb. 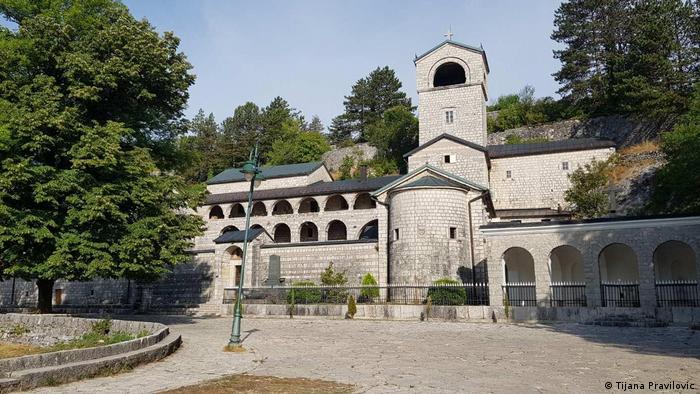 The inauguration is set to take place in a monastery in Cetinje, the one-time capital of Montenegro

Since its independence, some Montenegrins have called for a new Orthodox Christian church that is separate from the Serbian one.

What is happening in Cetinje?

Protesters in Cetinje waved Montenegrin flags, as dozens set up road barriers with garbage containers, car tires and stones to block entrance to the city.

They said their goal was to prevent Metropolitan Bishop Joanikije II and other church and state officials from entering the city for the inauguration, the local Vijesti newspaper reported.

By Saturday evening, protesters had blocked all the roads into the city of Cetinje.

Patriarch Porfirije, head of the Serbian Orthodox Church, arrived in the capital, Podgorica, on Saturday evening.

Porfirije is scheduled to attend the inauguration of Joanikije, whose predecessor as the church's leader in Montenegro, Amfilohije, died in October last year following COVID-19-related complications.

Montenegrin state RTCG broadcaster reported that demonstrators managed to break through a police barricade at the entrance to the city and threw stones at officers, yelling:  "This is Montenegro!" and "This is not Serbia!"

Last month, thousands of protesters took to the streets of Cetinje, demanding that the inauguration take place elsewhere. The church has refused to modify its plans.