Ukraine: Sexist comments on Chinese social media trigger backlash | Asia | An in-depth look at news from across the continent | DW | 08.03.2022

A wave of sexist comments about Ukrainian women on Chinese social media has sparked a backlash against China and its citizens in Ukraine, prompting strong reactions from officials in Beijing. 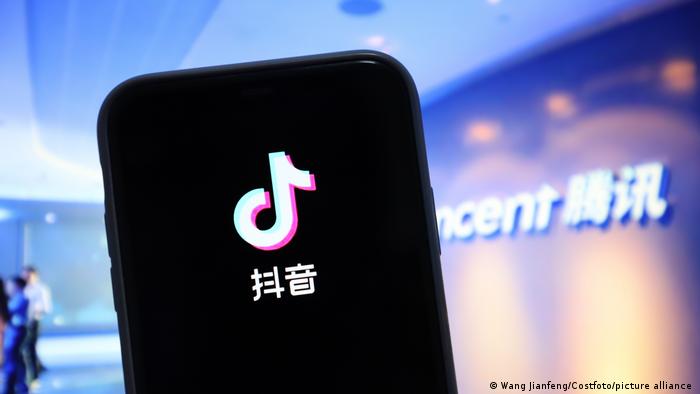 After Russia invaded Ukraine on February 24, a group of Chinese men on social media expressed their willingness to host homeless Ukrainians who may be fleeing the war — but said priority would be given to "Ukrainian women between the age of 18 and 25."

Similar comments could be found across major social media platforms in China. Some male users said they wanted to "take in homeless young Ukrainian women," while others said they "welcome Ukrainian beauties to China." The comments and the pro-Russian sentiment on the Chinese internet have left Chinese citizens stranded in Ukraine in a tough position.

In a video shared by Chinese online media, "Fei Dian," a Chinese student in Ukraine, said the sexist posts had been translated into Ukrainian and that someone had splashed water on Chinese citizens in the Ukrainian capital, Kyiv, soon after the posts began to circulate in the country.

"The war is cruel, so please don't treat it as a game," said one Chinese student, only identified by the last name Zhang. "The only difference is that it didn't happen in China, so please don't make fun of the Ukrainian people."

Another Chinese student said some Chinese nationals in Ukraine had been confronted by Ukrainian people. The Chinese Embassy in Ukraine, which originally encouraged citizens to display Chinese flags on their cars for protection, quickly urged them not to identify themselves or sport any signs of national identity.

In a video address released late last month, Fan Xianrong, the Chinese ambassador to Ukraine, advised Chinese citizens not to argue with locals and discouraged them from filming in public spaces. He additionally called on Chinese people to show empathy for Ukrainians.

Chinese human rights lawyer Teng Biao said the sexist comments reflect the fact that some men in China still assert their masculinity by objectifying women. "These comments were made by some 'cyber hooligans' whose patriarchal beliefs were reflected through the misogynistic comments," he told DW.

Yaqiu Wang, a senior researcher on China at Human Rights Watch (HRW), said discussions about "Ukrainian beauties" have long existed in China, but that Russia's invasion of Ukraine has further aggravated the phenomenon. In 2016, Chinese media widely reported a story about how a Chinese man from Henan province married a Ukrainian woman two months after they met.

And in 2019, phrases like: "Ukraine is full of beautiful women who can't get married, and they desperately need single Chinese men to rescue them" also went viral on the Chinese internet. Media outlets in China have also published articles focusing on how much money Chinese men need to spend in order to marry Ukrainian women.

Soon after the comments triggered a backlash, social media platforms in China began to delete the offending posts and videos. Douyin, the Chinese version of TikTok, reportedly deleted more than 6,000 videos while the microblogging website Weibo removed over 540 comments from dozens of different accounts.

In a public statement released through its official WeChat account on February 26, China's cyberspace administration urged Chinese citizens not to publish false information as well as "vulgar content" related to welcoming Ukrainian women to come to China, as such content "provokes public sentiment and causes a great negative impact on cyberspace."

Rights lawyer Teng said authorities in China didn't take actions to deal with the comments until they began attracting attention abroad, saying it had damaged China's international image. "The Chinese government wants to save face, and its first concern is of course the image of the Chinese Communist Party and government," he told DW.

"Although this incident is mainly the opinion of some netizens, if the Chinese government does not deal with it properly, it will also indirectly affect its image," Teng added.

Wang from HRW said China's censorship regime isn't always quick to act when it comes to dealing with sensitive issues.

"The Chinese government assigns specific staff to monitor celebrity accounts, but even when they are proactive in censoring online content, there could still be some unexpected issues that can make it hard for them to always respond in a timely manner," said Wang.

Ukraine crisis 'a moment of choice for China'

Since the controversy over the online comments, China's state-run media outlets have also begun to highlight the issue while claiming that some "anti-China individuals and organizations" have been trying to "play up" the inappropriate content.

In a piece published on February 28, China Daily, an English publication owned by the Chinese Communist Party's publicity department, acknowledged that a small group of users had made improper comments about Ukrainian women. However, it also claimed that some "anti-China forces" have tried to hype up the inappropriate content, citing evidence from research published by the China Cross-Strait Academy, a think tank based in Hong Kong.

According to the article, an expert from the private think tank claimed that two Twitter accounts, one he characterized as a Taiwan-related account, and the US-based online media outlet SupChina, are behind the sexist comments about Ukrainian women.

"It was under the 'cooperation of Taiwan-related anti-China forces' and the Chinese mainland's public opinion that these 'vulgarities against Ukraine' have become a negative trending topic," said Lei Xiying, a committee member of the Communist Party-backed All-China Youth Federation and founder of the think tank.

However, Teng believes claims that the comments were hyped up by anti-China forces are simply "nonsense."

"The Chinese Communist Party thinks that such online comments will affect China's image, so it is trying to shift the blame to forces that they claim support Taiwan's and Xinjiang's independence," he said.

The Chinese foreign minister has said the two countries would maintain strategic strength despite the Ukraine crisis, and warned against interference from "third parties."