NATO membership remains an absolute priority for Ukraine, a spokesman for Volodymyr Zelenskyy said as Ukraine's UK ambassador backtracked on comments that Kyiv was "flexible" on the issue. 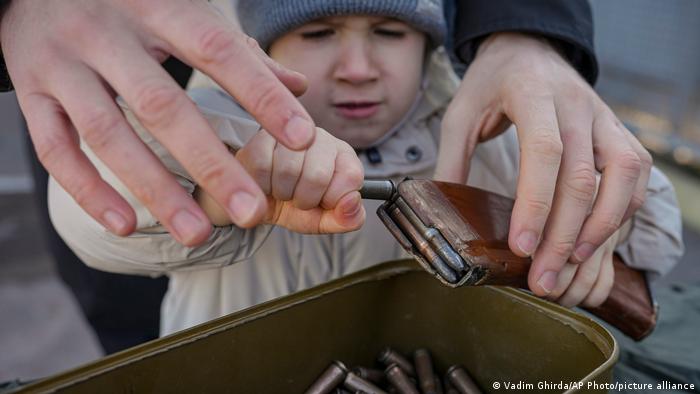 Ukraine's pro-NATO course is a key issue for Moscow

Ukraine's aspirations to join NATO and the European Union remain an absolute priority, a spokesman for Ukraine's President Volodymyr Zelenskyy said on Monday.

The country's Foreign Ministry took it a step further, saying its security would be guaranteed by Ukraine's immediate admission to the US-dominated alliance.

Their comments come after Ukraine's ambassador to the UK, Vadym Prystaiko, told the BBC his country might be willing to drop its ambition to join NATO to avert war.

"We are flexible trying to find the best way out," Prystaiko told Radio 5. "If we have to go through some serious — I don't know — concessions, that is something we might do, that's for sure."

"This course is not only reflected in the constitution but is also the full consent of the authorities and society," Nykyforov told the Reuters news agency. 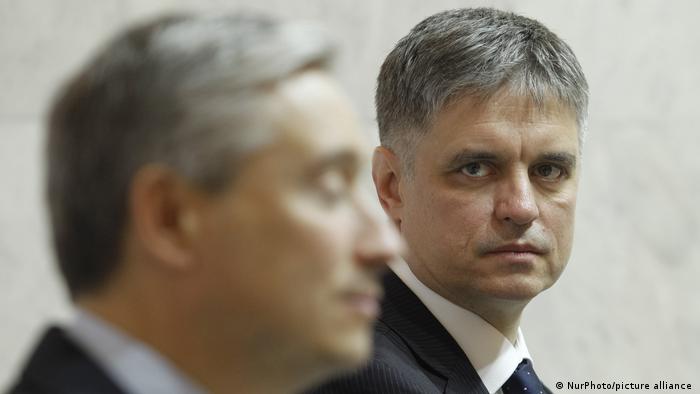 Ambassador Prystaiko later "clarified" his statement saying the country is not dropping plans to become a NATO member.

"We are not a member of NATO right now, and to avoid war, we are ready for many concessions, and that is what we are doing in conversations with the Russians," Prystaiko said.

"It has nothing to do with NATO, which is enshrined in the constitution," he added.

He stressed that Ukraine's immediate admission to the alliance would be the best guarantee.

"But threats to Ukraine exist here and now, so finding an answer to the question of guarantees becomes a fundamental urgent task. At the same time, no decision can be taken contrary to the constitution of Ukraine," Nikolenko said.

One of Russia's key security demands is that Ukraine can never join the NATO military alliance. NATO has repeatedly said that Russia won't be able to veto Ukraine's accession.

Are Kyiv's residents worried about an invasion?

Russian Foreign Minister Sergei Lavrov on Monday said he urged President Vladimir Putin to continue on the path of diplomacy in extracting security guarantees from the West, rather than pursuing a path of armed conflict, for now.

Lavrov said the US had made concrete proposals on how to reduce military risks, despite the fact that proposals from the EU and NATO remain unsatisfactory for Moscow.

In a made for TV exchange broadcast on television, Putin asks Lavrov if there is a possibility of reaching an agreement regarding the Russian security concerns.

"We have already warned more than once that we will not allow endless negotiations on questions that demand a solution today," Lavrov said. However, Lavrov added, that "there are always chances ... it seems to me that our possibilities are far from exhausted."

"At this stage, I would suggest continuing and building them up," he concluded.

Analysts suggested the highly scripted exchange was intended to lower tensions at an exceedingly tense moment.

Russia has amassed about 130,000 troops along Ukraine's border, and diplomatic efforts to ease tensions continued.

Ukraine said Sunday it wanted talks with Russia and members of the Organization for Security and Cooperation in Europe (OSCE) within 48 hours.

Russia has repeatedly denied any plans to invade Ukraine.

US President Joe Biden spoke by phone with Zelenskyy on Sunday, reiterating Washington's support for Ukraine.

The two leaders agreed on the importance of continuing to pursue diplomacy and deterrence.

On Monday, German Chancellor Olaf Scholz is set to meet with Zelenskyy in Kyiv. He will travel to Moscow on Tuesday for talks with Russian President Vladimir Putin.

On Sunday, the German leader urged Moscow to deescalate the Ukraine standoff, and warned Russia faces sanctions "immediately" if it invades its neighbor.

"In the event of a military aggression against Ukraine that threatens its territorial integrity and sovereignty, there will be tough sanctions that we have carefully prepared and which we can immediately put into force, together with our allies in NATO and Europe," Scholz said.