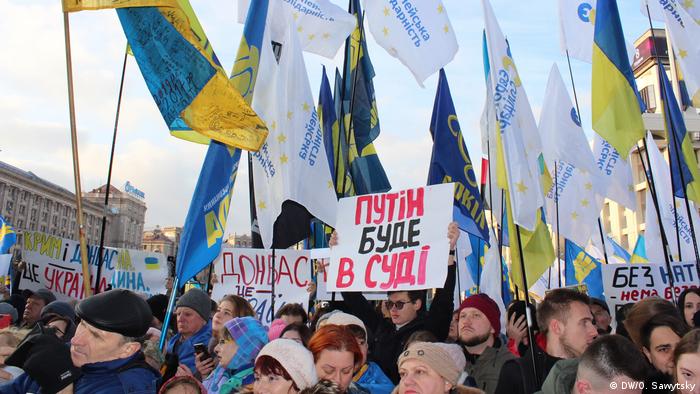 Thousands of Ukrainians gathered in Kyiv on Sunday fearing a "capitulation" to Russia ahead of peace talks between the leaders of the two nations — Volodymyr Zelenskiy and Vladimir Putin — at a summit in Paris that begins tomorrow.

The leaders of France, Germany, Russia and Ukraine will meet in the French capital in an attempt to make progress in finding a peaceful solution to the hostilities in eastern Ukraine.

For recently installed Ukrainian President Zelenskiy, the encounter with his more experienced Russian counterpart will be a key moment in his efforts to end more than five years of conflict with Kremlin-backed separatists in the Donbass region.

While Moscow may also be seeking peace, there are concerns in Ukraine that Zelenskiy could cede too much ground to his opponent. As a result, Kyiv was packed with protesters holding placards with slogans such as "No to capitulation," "Stay away from Moscow" and "Russian gas is a noose around our necks" during the rally, led by some of Zelenskiy's political opponents.

The president's predecessor, Petro Poroshenko, who led Ukraine after Russia's 2014 annexation of Crimea and the breakout of the separatist conflict with backing from Moscow, was among those who called the protest.

Poroshenko said he had profound misgivings about the Russian president, particularly in terms of trust. "Our position is very simple," he told the crowd. "Don't believe Putin after all the bad things he did for Ukraine."

He also warned his successor: "Don't be afraid of Putin!" 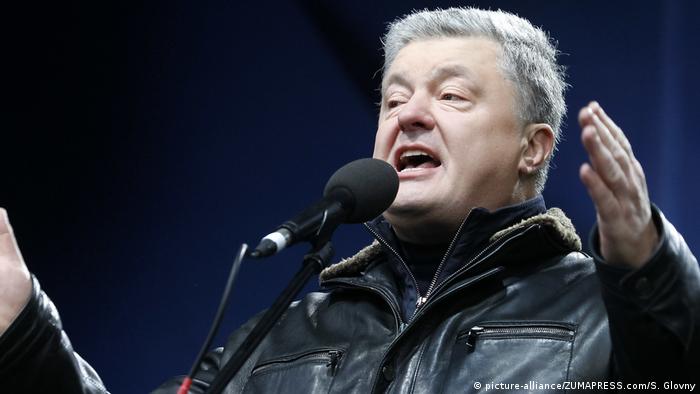 Taras Kuzio, a security expert and professor at the National University of Kyiv Mohyla Academy, said Zelenskiy has already weakened his own position by agreeing to the talks even though Russia insists Crimea is non-negotiable.

Kuzio described the 41-year-old Zelenskiy, until recently a comedic actor, as "extremely naive about international relations."

Nevertheless, the president's spokeswoman, Yulia Mendel, said Zelenskiy would be firm with Putin at the peace summit.

"The first three steps that President Zelensky will take at a meeting in Paris: the terms and conditions of the return of captured Ukrainians; a real, not fake, ceasefire; and, of course, the withdrawal of foreign troops and bandit formations from the territory of Donbass," Mendel wrote on Facebook.

The conflict has resulted in the deaths of some 14,000 people since the outbreak of hostilities in 2014.

The Kremlin wants to use the Paris summit to increase pressure on Zelenskiy to implement the 2015 Minsk peace deal, which gives the rebel-held regions more autonomy in exchange for ending the fighting.

Germany and France helped to broker that 2015 accord, but it has been consistently ignored.

Ukraine is the second country this weekend that saw anti-Russia demonstrations , with people gathering in Belarus' capital, Minsk, fearing closer ties with the Kremlin.