Ukraine's new president swept to power by vowing to fight corruption. On the heels of Volodymyr Zelenskiy's election success, his predecessor and the high-profile mayor of Kyiv are now in the anti-graft crosshairs. 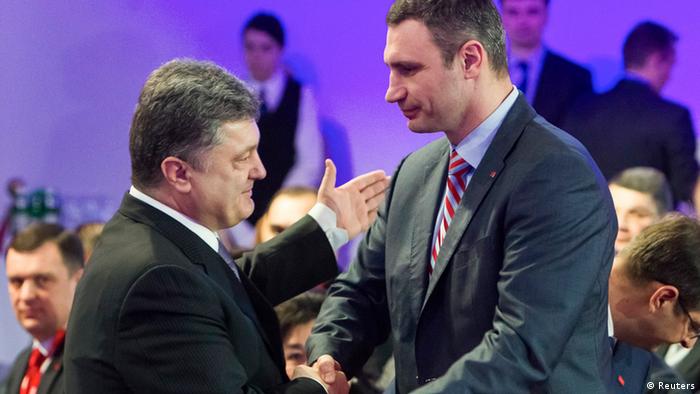 The Ukrainian verb "sadzhaty" has two meanings: to "plant" and to "put behind bars." When Volodymyr Zelenskiy, a former television comic, ran for president of Ukraine, he used this pun to make clear he would go after corrupt lawmakers if elected. Now that his party, Servant of the People, won an absolute majority in July's snap parliamentary elections, he is apparently making good on that promise.

Ukraine's judiciary has started targeting corrupt lawmakers. Hardly a day has gone by without news about the investigations into former President Petro Poroshenko and his allies. On July 25, Poroshenko was even summoned to Ukraine's State Bureau of Investigation. Poroshenko, who has retained his seat in parliament, was asked to give testimony regarding alleged tax evasion surrounding the sale of his shipbuilding company — something he dismissed as "allegations."

The investigation was initiated by Andriy Portnov, a former deputy head in the administration of ex-President Viktor Yanukovych, who fled to Russia following his ouster in 2014. Portnov himself fled to Russia that year, then moved to the West but returned to Ukraine before Zelenskiy's swearing-in. He is on a kind of political crusade against Poroshenko and has submitted a range of charges against the former president, including treason.

Kyiv Mayor Vitali Klitschko, a Poroshenko ally, was also summoned the State Bureau of Investigation in late July. He is accused of involvement in the sale of city land plots. Klitschko, however, failed to show up, calling the accusations a petty affair. At the same time, it was revealed that Zelenskiy had requested Klitschko be removed from Kyiv's city council — an office he holds in addition to serving as mayor. The National Anti-Corruption Bureau of Ukraine, meanwhile, is reportedly investigating Poroshenko and Klitschko on a range of issues. 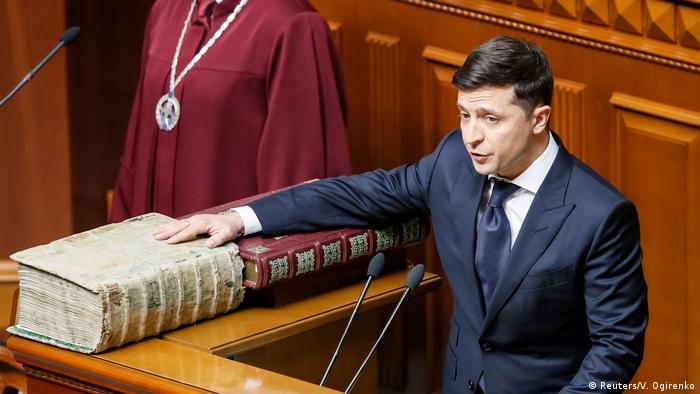 Officially, Zelenskiy has no role in any of this. He has avoiding directly threatening Poroshenko and his allies. But there is speculation that all this may be connected to Portnov. In an interview, Andriy Bohdan, who heads Zelenskiy's presidential administration, said Portnov "has long been a friend." Asked whether Portnov's actions had been coordinated with Zelenskiy, Bohdan replied that Portnov was acting independently. "I do not know these charges, but I think there is truth in them," he said.

Zelenskiy is not the first Ukrainian president to campaign on prosecuting corrupt elites. In 2004, Viktor Yushchenko threatened to throw corrupt "bandits" in jail — though he did not deliver on his promise after winning the presidency. His successor, Yanukovych, did not issue any such threats. However, leading opposition figures Yulia Tymoshenko and Yuriy Lutsenko were jailed under his reign. Their incarceration was criticized in the West as politically motivated.

During Poroshenko's presidency, the former parliamentary faction leader of Yanukovych's party, Oleksandr Yefremov, was jailed for three years for allegedly assisting separatists in eastern Ukraine. He was released in July but remains under house arrest. Poroshenko's announcement to weed out corruption in the army and "sever their arms" remained an empty promise, meanwhile. 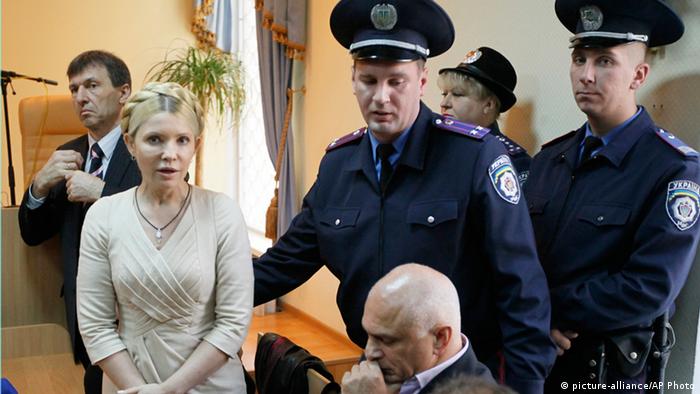 Zelenskiy's absolute majority in parliament gives him more power than his predecessor. He wants to do away with lawmakers' immunity, which would allow people such as Poroshenko to be prosecuted. Many Ukrainians, it seems, want to see lawmakers on trial.

"This urge has always existed in Ukrainian society," said Olexiy Haran, a professor of politics at the National University of Kyiv-Mohyla Academy, noting it is in part due to the passive role the judiciary played under Poroshenko. "I think Zelenskiy will be very tempted to organize something like show trials."

Haran noted the importance of whether these trials "are conducted in accordance with the rule of law, or if this will be a case of selective justice." After all, he said, Zelenskiy announced Poroshenko and Klitschko would be tried and the fact that they have now been summoned to give testimony "is a deeply worrying sign." 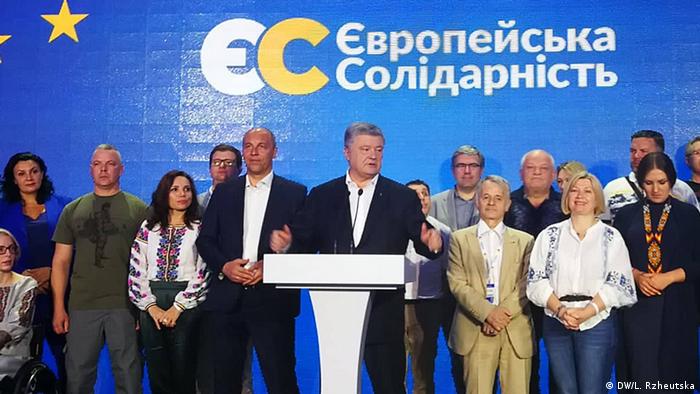 Poroshenko, meanwhile, has denied all the accusations against him but has also conspicuously refrained from criticizing Zelensiky. His European Solidarity party, however, has expressed fear that the former president could become the victim of "politically motivated" trials.

Read more: Investigative journalism is a dangerous job in Ukraine

Wilfried Jilge of the German Council on Foreign Relations warned that while it is good that Zelenskiy is dedicated to fighting corruption, the current developments show a "dangerous trend." It is "conspicuous that Zelenskiy permanently criticizes the misdeeds of Poroshenko and other decision-makers, as well as those officeholders named Poroshenko, but ignores everyone else," he said. What's more, Jilge added, Zelenskiy is turning his anti-corruption drive into something akin to a "public drama." He noted one instance where Zelenskiy and Bohdan visited a tram manufacturer in Dnipro and called Klitschko to ask him why the city had not paid for the vehicles it had bought.

This kind of public anti-corruption campaign runs the risk of "courts ruling in accordance with the political powers that be," said Jilge.