Ukraine has called on Patriarch Bartholomew of Constantinople to grant it independence from the Russian Orthodox Church. It would be a huge blow to Russia, where the church plays an important role in politics. 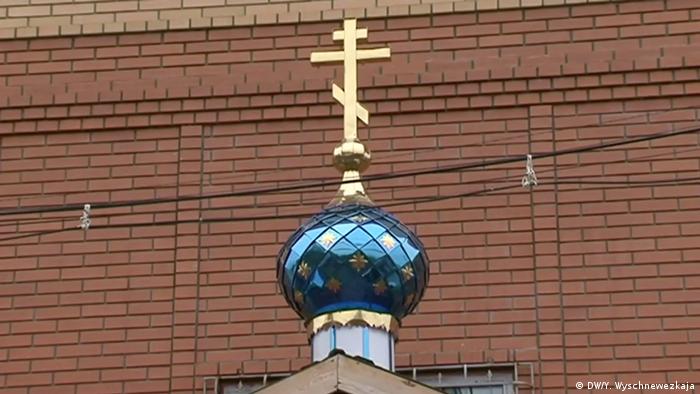 Russia's Orthodox Patriarch Kirill arrived in Istanbul on Friday to meet with Patriarch Bartholomew of Constantinople, as top religious figures in the Orthodox community mull granting Ukraine an independent church.

While there is no equivalent to the pope among Eastern Orthodox Christians, Patriarch Bartholomew of Constantinople is often dubbed the "first among equals" and wields some authority among patriarchs of other nations. In the coming months, Bartholomew is expected to decide on whether Ukraine can cut spiritual ties with Moscow.

The move would end Russian Patriarch Kirill's religious rule in the country, marking a massive blow to Russia's spiritual authority in the Orthodox world.

A high-ranking source in the Orthodox Church told the Associated Press news agency "there's no going back" in granting Ukrainian clerics full independence from Moscow.

At the same time, however, Metropolitan Emmanuel of France, who is part of a committee working on Ukrainian's request, said the procedure hasn't been completed.

The ruling's impact would span far beyond religious squabbles. In recent years, the question of Ukrainian identity came to the forefront amidst the clashes between Kyiv's forces and Russian-backed rebels in eastern Ukraine. The violence prompted many Ukrainians to turn their backs on the Russian Orthodox Church.

The push-and-pull over Ukraine's ecclesial identity is also colored by a behind-the-scenes rivalry between the churches in Istanbul and Moscow. While Constantinople is the oldest Orthodox Church, Moscow holds authority over the largest number of worshippers.

In Ukraine, Orthodox believers are already divided between a branch whose priests are loyal to Moscow and the one lead by the unrecognized Patriarch Filaret, who is based in Kyiv.

After leaders of the Kyiv-based church urged Patriarch Bartholomew to intervene, the Ukrainian parliament also joined the appeal in April this year.

The lawmakers reaffirmed Kyiv's traditional links to the Patriarchate of Constantinople, saying that Christianity first came to Kyiv from the present-day Istanbul in the 10th century. The seat of the Russian church was only transferred to the Moscow patriarchate in the 17th century.

Church and government officials in Ukraine are optimistic about their request. They have stated that Patriarch Bartholomew has already decided to approve the Kyiv patriarchate, but is holding off on announcing his decision to the public.

A Ukrainian government source told the French news agency AFP that Kyiv is now "on the finish line" in its push to separate the church from Moscow and that "all sides are preparing for this."

Ahead of the summit, Russian Patriarch Kirill said the separation would be an "all-Orthodox catastrophe."

Aristotle Papanikolaou, a professor of theology and co-director of the Orthodox Christian Studies Center at Fordham University in the US, told DW that if Ukraine is granted the right to create an independent church, it could create a schism in the Orthodox Church, with some Orthodox churches recognizing this independence and others rejecting it.

Papanikolaou said the Russian Orthodox Church's claim that it has the most Orthodox Christians under its jurisdiction was a point they tried to use as leverage in their relations with other Orthodox churches.

"This would significantly impact their status within the global Orthodoxy," Papanikolaou said. "Also, geopolitically, it is clear that the Russian government makes use of the 'religion' to advance Russian geopolitical interests — this would be a serious defeat for that strategy."

Orthodox Ukrainians who have left the church are being urged to return by the visiting patriarch of the Russian Orthodox Church. Some Ukrainians regard him as an ambassador of Russian imperialism. (26.07.2010)

Churches have responded to Ukraine's crisis with prayers for peace and calls for reconciliation. The Ukrainian revolution showed a rare sign of unity among the country's religious groups. (16.06.2014)