The coastguard said the eight migrant boats were found along Britain's southeast coast. A senior British minister said the situation was "alarming" amid concerns that warming weather could fuel more crossings. 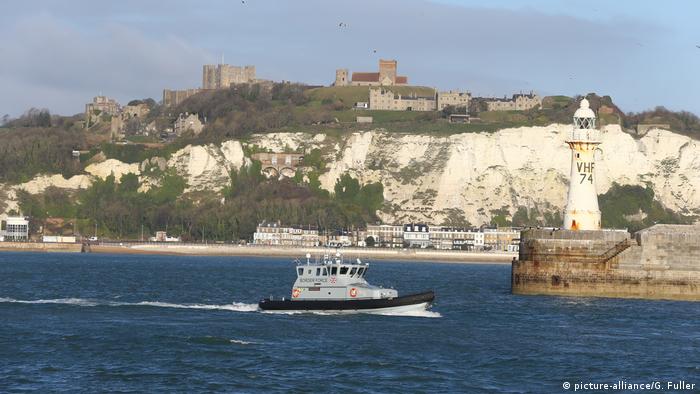 Coastguard officials said the boats were found along Britain's southeast coast, stretching from the port of Dover to Winchelsea Beach near Hastings, some 50 miles (80 kilometers) away.

Home Secretary Sajid Javid said the situation was "alarming." He added that he would work with French authorities to stop human trafficking across the channel. A criminal investigation is now underway.

"Those who choose to make this dangerous journey across one of the busiest shipping lanes in the world are putting their lives in grave danger — and I will continue to do all I can to stop them," Javid said Saturday night.

Authorities worry that warmer weather conditions could fuel a rise in illegal crossings over the Channel.

According to the Home Office, some 539 people attempted to cross the strait last year, with smugglers serving as the conduit.

That prompted Javid to declare last December that the rise in migrant crossings was a "major incident" for the UK.

"It is an established principle that those in need of protection should claim asylum in the first safe country they reach and since January, more than 30 people who arrived illegally in the UK in small boats have been returned to Europe," Javid said.

"We will continue to seek to return anyone who has entered the UK illegally," he added.

Although crossings are on the rise, Britain has fared better than fellow EU nations Spain, Italy and Greece on the Mediterranean Sea, where more than 21,300 migrants have crossed so far this year and at least 519 others have died trying, according to the International Organization for Migration.

A total of 36 people have been intercepted trying to reach Britain from the European mainland in small boats. Officials warn that migrants are risking their lives by crossing the world's busiest shipping lane. (22.04.2019)

Hundreds of people have tried to cross the English Channel from France to the United Kingdom in recent weeks. The crossings have caused a headache for the UK government. (04.01.2019)

Germany set for '10 weeks' of COVID vaccine shortage 4h ago