Post-Brexit UK wants to buck the trend in Europe and exploit vast gas reserves through the controversial process of fracking. Just one thing stands in the way - widespread and fierce public opposition. 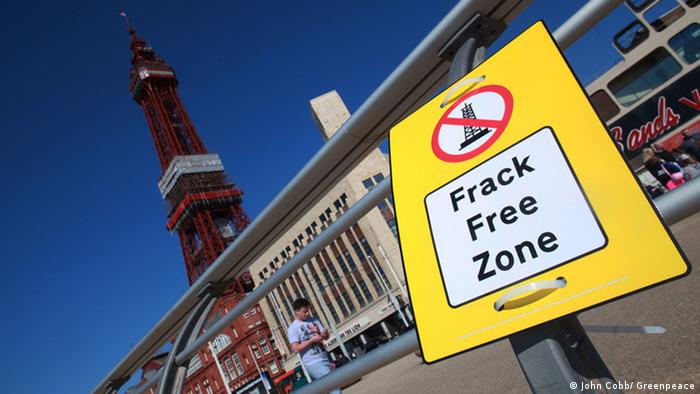 Several years ago shale gas was expected to provide a boost to Europe's energy markets for years to come. But that revolution has generally foundered due to a combination of public opposition, moratoriums and bans on drilling.

And now, the United Kingdom is determined to buck the trend. Conservatives in Britain have long considered the exploitation of gas via the process of hydraulic fracturing - known as "fracking" - key to the country's future energy mix as it transitions away from coal-fired power stations and strives to hit carbon emissions targets.

No fracking has taken place in the country since 2011. Operations were abandoned at a site near the northern coastal town of Blackpool after a report linked the drilling to two minor earthquakes in the area.

A standoff ensued. Local groups and environmentalists say the process of pumping liquid into the ground to fracture rocks and extract gas will cause pollution and excessive traffic, and negatively affect the price of property. 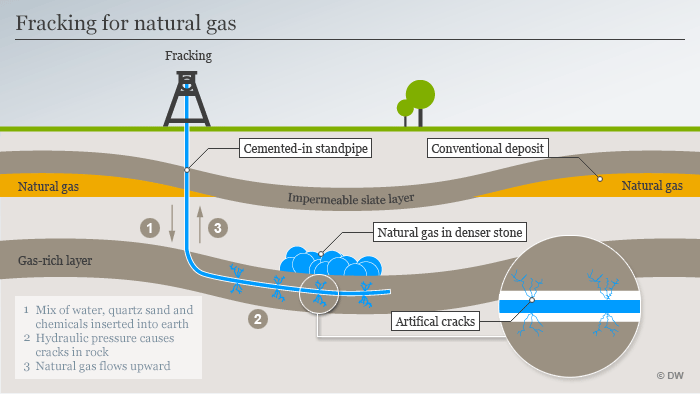 But recently, the government awarded dozens of licenses to firms to test for possible drilling sites across the country - including a large number in northern England.

New British Prime Minister Theresa May, who was appointed after the country voted to leave the European Union in the Brexit this past June, appears to be ready to try a new tactic.

The UK recently decided that individual households affected by fracking could receive direct payments from the Shale Wealth Fund, rather than money going to local trusts and councils as had previously been planned.

The fund was set up in 2014 by the former finance minister George Osborne. It was expected to deliver as much as 10 million British pounds ($13 million, or 11.5 million euros) to communities where fracking wells are sited. Although details are sparse, it is understood that individual payments could be as much as 10,000 British pounds.

May says she is "acting in the interests of the many" and that the decision was "about making sure people personally benefit from economic decisions that are taken."

According to opponents of fracking, such payments are nothing less than bribes. 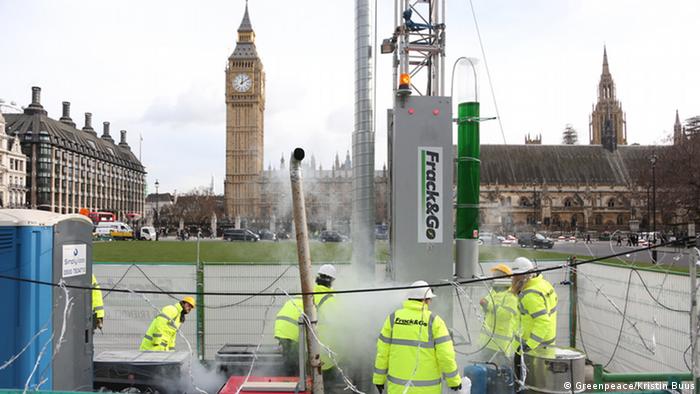 Greenpeace staged a fracking "demonstration" at Parliament Square in London

"This move smacks of desperation from a Tory government that is losing the democratic argument on fracking," Di Keal, a local council representative and prominent member of Frack Free Ryedale told DW.

Barry Gardiner, the energy and climate change spokesman for the opposition Labour party, criticized the move and wondered why there are no payouts for people affected by clean energy such as wind farms.

Sue Gough lives in the village of Kirby Misperton in North Yorkshire where a nearby well could being its first fracking operations after the council narrowly voted to allow the firm Third Energy to begin test-drilling - despite strong local opposition. She had strong words against the policy.

"People need to know that by accepting this money, they are selling their communities down the river and condemning them to industrialization and ruination by the frackers," she said.

Although picturesque Kirby Misperton is an unlikely frontline, it is typical of the UK fracking battle. Small communities across the north could be impacted by drilling - so far, an estimated 260 local anti-fracking groups have been set up.

Many were out in force in the city of York at the end of July, where more than a thousand people marched through the tourist-filled streets chanting "No fracking in Yorkshire! No fracking anywhere!" 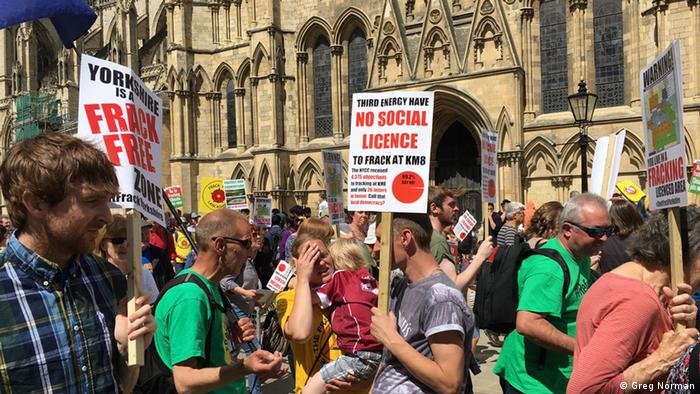 Frack Free Ryedale, with the support of Friends of the Earth, has applied for a judicial review of the Kirby Misperton decision, claiming it could be illegal.

Campaigners fear that if drilling begins, a domino effect may take hold: firstly in the rest of North Yorkshire, and then in the neighboring area of Lancashire to the west.

Risks of fracking include contamination of water with toxic chemicals or methane, while the process has also been linked with earthquakes.

Petro-chemical giant INEOS is aiming to be one of the main players in the shale gas industry. It is planning to submit 30 applications, and aims begin producing gas within 18 months.

Proponents of fracking say that technology has improved, and that fears over the technique are overblown.

"Shale gas operators in the UK are very used to complying with conditions in complicated permits, on an industrial scale, to reduce and minimize any risks to human health or the environment," Georgie Messent, an energy and environment partner with the law firm Pinsent Masons, told DW.

"Local communities should take comfort that this framework is in place for good reason." 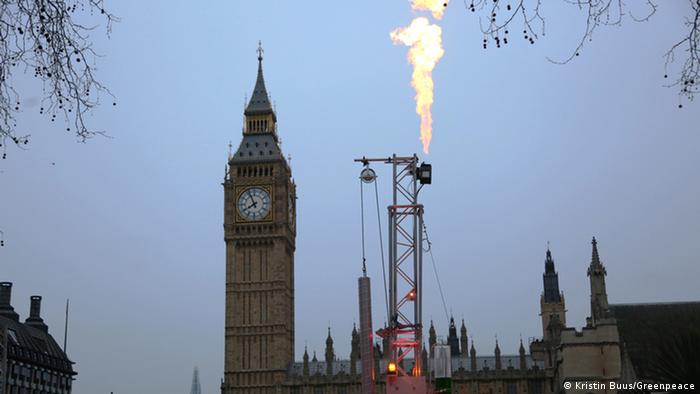 Greenpeace also cites climate concerns in its opposition to fracking

The government shows no signs of slowing its push for fracking. A British Geological Survey study of shale gas across the north of England estimated total reserves of 1,300 trillion cubic feet. That is the equivalent of more than 500 years of UK gas consumption at current levels.

It is unclear if the British push to frack will have an impact in the rest of Europe. In Germany fracking is permitted, but only for test purposes. The Netherlands imposed a five-year ban last year.

UK authorities cite a hydraulic fracking boom in the United States. Much of this drilling has been in more sparsely populated areas, however, and is not without controversy.

Scientists suspect an increase in the frequency of earthquakes in states such as Texas and Oklahoma is linked to oil and gas operations.

The world's biggest privately-owned coal company has filed for bankruptcy protection. Peabody's insolvency is the most powerful convulsion yet in an industry that’s enduring the worst slump in decades. (13.04.2016)