Arron Banks, the businessman who funded the campaign for the UK to leave the EU in 2016, has refuted allegations Russia funded Brexit. The Electoral Commission is looking into whether he breached campaign finance rules. 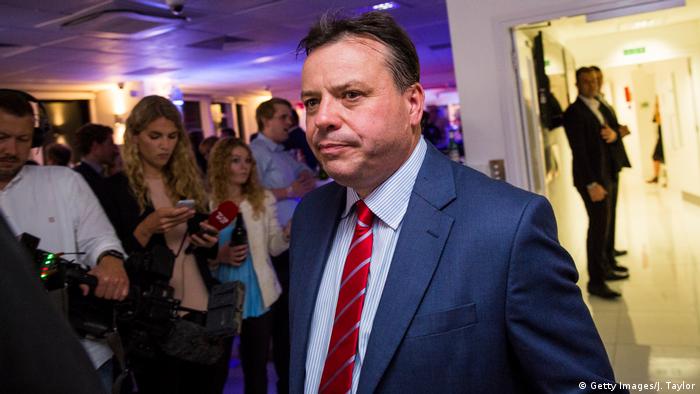 The money given by Banks to the Leave.EU campaign in the run-up to the referendum was believed to be the biggest donation in British political history. The Electoral Commission will reportedly look into donations worth 2.3 million pounds (€2.6 million, $3.05 million) made to five registered campaigners.

The Commission regulates party and election finance and sets standards for well-run elections. It is independent of government and answerable to Parliament.

Banks said on Wednesday the allegations of the Brexit campaign being funded by the Russians were "...complete bollocks [nonsense] from beginning to end."

In an emailed statement, Banks wrote: "This is the Remain establishment once again trying to discredit the result and it's all starting to get rather boring!" Banks ended the statement with the word "Nostrovia," which may be his version of the Russian phrase "na zdorovie," meaning good health.

The Electoral Commission announced on Wednesday it had opened an inquiry into whether Banks had "committed offences in relation to donations and/or loans made to campaigners."

It will look into whether Banks' campaign firm Better for the Country - of which he is a director and the majority shareholder - "was the true source of donations made to referendum campaigners in its name, or if it was acting as an agent," the commission said in a statement.

A statement from the commission said the probe will also look into whether "any individual facilitated a transaction” with a "non-qualifying person."

The investigation will also assess whether the recipients of the donations took appropriate steps to identify the source of funds. 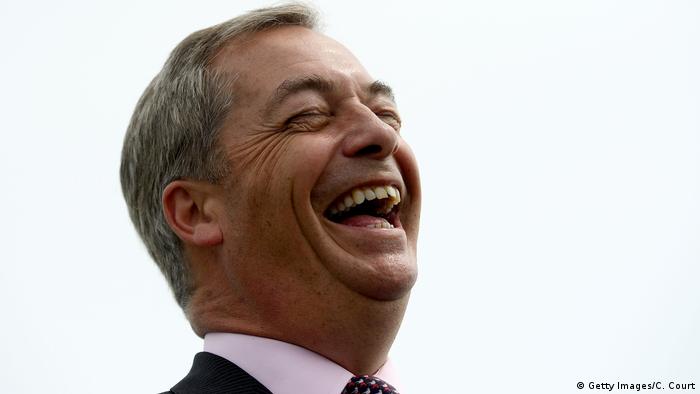 To the winner the spoils

Many have since claimed the Leave campaign blatantly lied about the benefits of leaving the EU. Financed by the then largely unknown Banks, many have also asked where his money came from and whose interests he was serving.

Banks emerged during the campaign as a prominent ally of the Leave Campaign chief, Nigel Farage.

Banks lent another 6 million pounds to the Leave.EU campaign, which was fronted by Farage, he said later as a way of avoiding inheritance tax.

Better for the Country's reported donations, made between March and June 2016, were given to Brexit campaigner groups including Grassroots Out Ltd, Trade Unionists Against the EU and UKIP.

Under the Political Parties, Elections and Referendums Act 2000 anyone donating over 500 pounds to a campaign group is obliged reveal the original source of the money. Allowed donors include UK-registered companies, trade unions and mutual and individuals registered to vote in the UK.

This 9.3 million pounds funding accounted for half of Banks' reported lifetime earnings, according to an investigation by the website OpenDemocracy.

From 2011 to 2013 financial regulators in Gibraltar scrutinized Bank's insurance under-writer, Southern Rock, discovering its reserves were far below levels required by law. However, by 2014 he began to invest and support UKIP.

"Our review of the publicly available records for Banks' business empire, and his own public statements, has revealed a patchwork of legal disputes, regulator interventions, and poor corporate governance," OpenDemocracy wrote.

Questions have been raised about overseas influence in both the UK EU referendum campaign and the US election won in 2016 by Donald Trump. This was highlighted further this week after Trump ex-campaign chairman Paul Manafort gave himself up to federal authorities after charges were filed against him over money laundering and conspiracy against the US.

Opposition Labour MP Ben Bradshaw in October called for an inquiry into Banks and the use of "dark money" in the campaign. Bradshaw told parliament there was "widespread concern over foreign and particularly Russian interference in western democracies."

Banks has talked in the past of meeting the Russian ambassador to London, but insisted no political funding came from Russian sources.

Bob Posner, the director of political finance and regulation and legal counsel at the Electoral Commission, reportedly said there were "questions over the legitimacy" of the donations.

Posner said: "Interest in the funding of the EU referendum campaigns remains widespread. Questions over the legitimacy of funding provided to campaigners at the referendum risks causing harm to voters' confidence. It is therefore in the public interest that the Electoral Commission seeks to ascertain whether or not impermissible donations were given to referendum campaigners and if any other related offences have taken place."

A group of academics and lawyers has written to prosecutors to complain about "false statements" made ahead of the UK referendum vote on June 23. "Undue influence" is illegal under British electoral law. (08.11.2016)

Facebook has handed over copies of some 3,000 ads linked to a Russian agency to US lawmakers, as part of Congress' probe into alleged election meddling. The ads reportedly focused on divisive social and political issues. (02.10.2017)