The introduction of a social media tax a year ago in Uganda caused an outcry from government critics and rights groups. And today, even some of the staunchest supporters of the tax are no longer convinced. 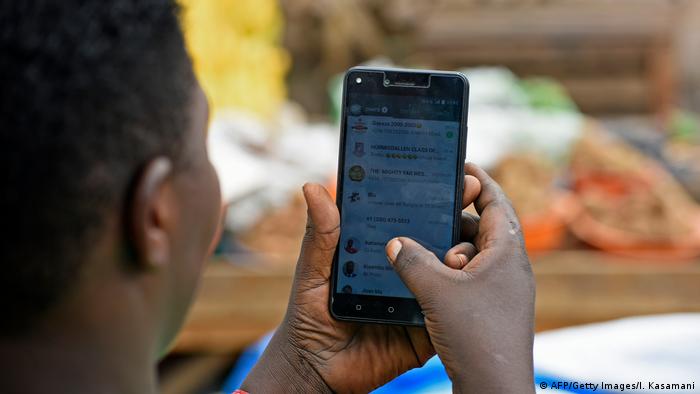 Taxi driver Abdulhakim Kawenja checks his phone. His regular customers usually contact him via WhatsApp. When he doesn't have any customers, he offers his taxi services via Uber.

Kawenja needs constant internet access, but in the past year that has become difficult. In July 2018, Uganda's government introduced the "over-the-top" (OTT) tax, commonly known as the social media tax, for online services such as WhatsApp, Facebook and Twitter.

Read more: "If surveillance is a daily thing, people start to think twice before going online" Kawenja usually pays his taxes. He pays his income tax; he just doesn't pay his social media tax. "I prefer to use VPNs so that I can avoid the Ugandan social media restrictions," he says. The VPNs allow him to use an IP address outside Uganda. This eats up more battery power and data than a local address would, but he still thinks it's worth it.

For many young Ugandans who are critical of the government, boycotting the tax is a silent rebellion against the ruling party. In fact, the social media tax initiative came from President Yoweri Museveni personally. In early 2018, he complained that young people spent too much of their time on WhatsApp and other online applications and were responsible for spreading false information.

A short while later, Museveni loyalists proposed the bill in parliament. The law was quickly passed in May 2019 and came into force in July in time for the start of the financial year. From one moment to the next, Ugandans were no longer able to simply send or receive WhatsApp messages. Instead, a message popped up asking them to first pay their tax via a mobile money transfer. On the same day, opposition politicians, including the prominent musician and lawmaker Robert Kyagulanyi, also known as Bobi Wine, called people out to protest. The police dispersed the protests with tear gas and rubber bullets and that was that: The tax was there to stay.

Attack on freedom of expression?

For human rights lawyer Eron Kiiza, the taxes are simply a further instrument to muzzle freedom of expression and speech. "There is no legal prohibition of rumor-mongering if it does not constitute defamation. There is no national or international law that prohibits rumor-mongering," Kiiza explains.

Kiiza is currently working on a class action law suit filed by journalists and rights groups at Uganda's constitutional court. He's hoping for a hearing soon.

Ugandans have in the past experienced the government blocking the internet during protests and elections, but Uganda's government denies that there is any connection between the tax and the internet shutdowns.

"One of the reasons that this tax was introduced is that we see more and more people using internet data for communication and therefore the telephone companies were losing revenue, as well as the government," Vincent Semura from Uganda's tax authority told DW.

Read more: Digital colonialism: Cheap internet access for Africa, but at what cost? 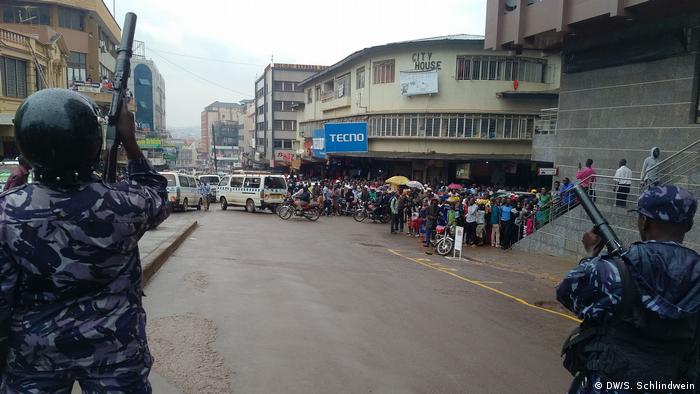 A year after the introduction of the tax, however, even Semura admits that the government overestimated the gains from the new tax. So far it has brought in just 17 % of the hoped-for revenue. "So many people are avoiding the tax with VPNs," says Semura.

Uganda said it needed the money to further develop internet infrastructure in rural parts of the country with little internet access. At the same time, however, Uganda's state-run telecommunications authority reported that the number of internet users had dropped by 30%, or up to 3 million users, since the introduction of the tax.

A year after the introduction of the bill, lawmakers, who are among the country's highest income earners, also started complaining about the costs. Initially, the government had said that it would foot the tax bill for the parliamentarians. Then, however, House Speaker Rebecca Kadaga put her foot down: Most of the lawmakers, she argued, had voted for the bill. Therefore, she said, they must carry the costs.

Social media is enabling Africans actively engage in participatory governance cycle in the global public square, but their leaders kick back forcefully.

The Iranian parliament has introduced new measures to enforce restrictions on internet users. Rights activists have slammed the move.

Dictators in Africa using social media to cling to power 09.01.2022

Uganda's President Yoweri Museveni is suspected of using fake social media accounts to consolidate his power. He wouldn't be the only one in Africa. Is social media becoming a threat to democracy on the continent?