A new law introduced in 2016 which criminalizes child labor has failed to stop exploitation due to inadequate implementation. More than 2 million children in Uganda are estimated to be affected. 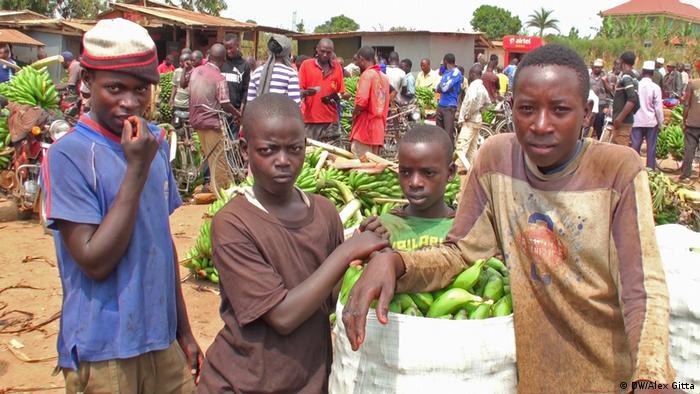 Thirteen-year-old Bugembe is just one of more than 2 million children in Uganda who are currently being exploited as child laborers.

"I am not in school because I have no school fees, so I sell my uncle's polythene bags in Nakasero Market and I get here at 5 am – I have not been here for long," he told DW.

His work means he often stays in Kampala city until late in the evening and must be careful to avoid the yellow-clad Kampala City Council workers who arrest street vendors.

Bugembe says his uncle does not pay him for his work. But he still hopes to one day return to school and realize his dream of becoming a doctor.

Unfortunately, Bugembe's situation is not unique. In Ruti market near Mbarara in Western Uganda, DW met 13-year-old Colins Turyamuhaki, who earns a living by packing sacks of bananas. But he also must take on the responsibility of paying his own school fees, as well as those of his younger brother. 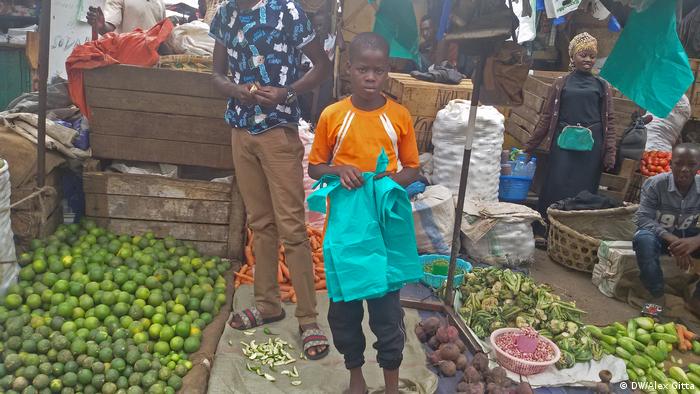 Turyamuhaki only manages to take a break once all of the banana trucks have left for Kampala. In the afternoon, he helps shoppers in the market carry their goods for a fee. Then in the evening, he sells fruit on the streets of Mbarara. He only hopes he will earn enough to complete his education. "I know this kind of work will never make me rich, so I want to make enough money to see me through school."

Children not aware of their rights

The Uganda Bureau of Statistics (UBOS) claims 45% of children from households living below the poverty line are forced out of school to work and supplement their parents' incomes, with children aged between 5 and 17 years the worst at risk. 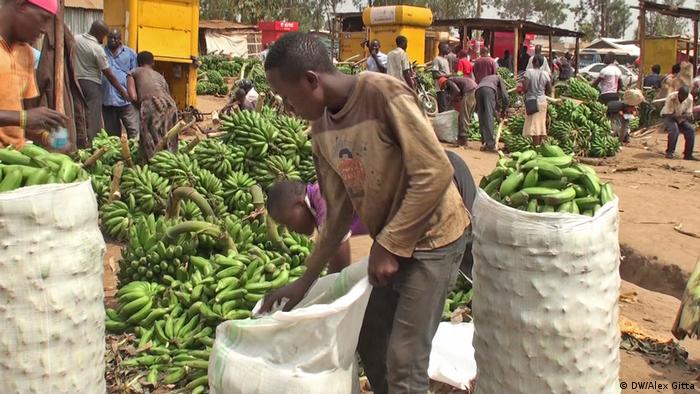 But although the government approved the Children Amendment Act in 2016, which officially criminalizes child labor, follow-ups on identified cases are often not carried out.

The majority of human rights officers wait for affected children to report their cases first. However, not all children are aware of their rights when it comes to child labor.

Teopista Twembi works with the Uganda Human Rights Commission (UHRC) in Mbarara. She says that this responsibility ultimately comes down to the parents.

"They are supposed to do what is in line with their age – we want to guide the parents who we find are using these children to do work which is really beyond their age, and we condemn it," she told DW. "If a child reports [child labor], then that's an issue we can handle, because we listen to this child and we call on the parents or the responsible person, and we guide them accordingly."

But bodies, including the UHRC, who are required to tackle child labor say many challenges come with the job – not least of which is the lack of will among the country's leaders to implement the laws, as they seek political popularity. 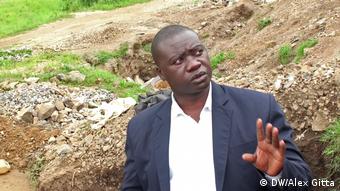 Jeremiah Kamurari, the chairperson of the Isingiro District in Uganda, says he will ensure child labor laws are implemented in his district

Despite the challenges, however, Jeremiah Kamurari, the chairperson of Isingiro District, says he is committed to seeing the law implemented in his district.

"I am going to ensure that no child within this area is doing such hard labor. All children must go to school," Kamurari said, adding that serious measures would be taken if the law is not followed: "We must apprehend the parents, arrest them and prosecute them, because the future of these children lies in their hands. If they misuse it, the children will also become a problem for the government in the future. I will not allow this."

But with limited funds available, this still leaves families headed by children with no adults to prosecute in an uncertain situation.

Bangladesh has had a strong record on human development in recent years. But child labor remains an endemic problem, concluded a new study. DW spoke to the report's co-author Maria Quattri about their findings. (08.12.2016)