Nearly 170 million young people are deprived of education, according to the UN's International Labour Organization. The effects of child labor can be seen long into adult life, the group said. 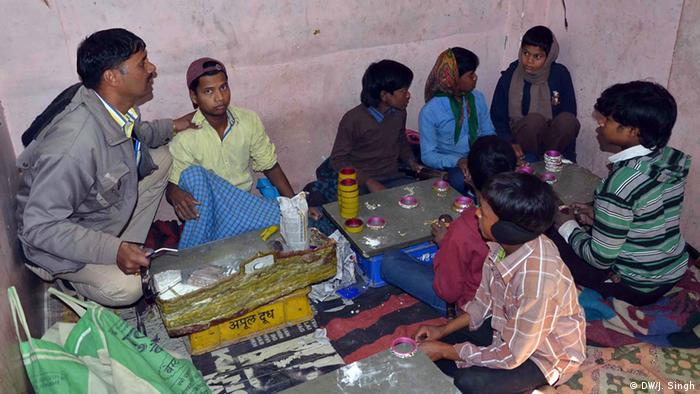 The ILO's annual "World Report on Child Labor" released on Wednesday cited examples from the brick kilns of India to Bolivia's sugar plantations. The report also showed child laborers were more likely to settle later in life for unpaid work in family businesses or in low-paying jobs.

"Children who drop out of school and join the labor force early are more disadvantaged later in life because of a lack of education and basic skills," according to ILO advisor Patrick Quinn.

The ILO said children make up to a quarter of the world's modern-day slaves. Some 5 million children live in slavery-like conditions, the report said.

There are almost 78 million child laborers in the Asia-Pacific region while 21 percent of children in sub-Saharan Africa (59 million) are child laborers.

#link:http://www.ilo.org/ipec/Informationresources/WCMS_358969/lang--en/index.htm:The report,# released ahead of World Day Against Child Labor on Friday, showed that 85 million children put their health at risk by working in hazardous jobs such as mining and construction.

The ILO called on world leaders to develop a coherent policy to tackle child labor and the lack of decent jobs for young people.

The number of child laborers aged five to 14 fell from 186 million in 2000 to 120 million in 2012 partly due to a global push for access to primary education as part of the UN Millennium Development goals.

But the decline has been less rapid among older children, many of whom leave school early to work and earn money for their impoverished families, especially in rural areas, the report said.

India was cited in the report as one of the countries with the highest number of child laborers.

In a new amendment to its 1986 Child Labour Act, India will allow children to work in "non-hazardous" businesses, the entertainment industry and sporting events.

2014 Nobel Peace Prize laureate Kailash Satyarthi who heads the Bachpan Bachao Andolan children's rights organization has been calling for a ban on every form of child labor in India for children up to the age of 14.

"The new amendment will push millions of innocent children into forced labor and deprive them of education and a normal childhood," Rakesh Slenger of Bachpan Bachao Andolan said. "The girl child will be particularly disadvantaged as she will be denied education while being stuck with all the household work."

The 19-year-old was allegedly killed in Jharkhand state by her stalker after she rejected his advances. The death has highlighted violence against women in India, as well as local political and religious strife.